In the late nineteenth century, Nicola Marschall painted numerous portraits throughout the American South, documenting both ante- and postbellum life in Alabama and Kentucky. However, the recent discovery of one of his sketchbooks in Germany sheds new light on his art and his subjects. Here, Marschall’s biographer describes how the sketchbook was discovered and what it reveals about the artist, his native and adopted countries, and his age.

About the Author
Wolfgang Ulbrich studied English and American language and literature plus PE at the University of the Saarland in Saarbrücken, Germany. After graduating he served as a teacher at the High School Gymnasium Wendalinum in St. Wendel, three hundred yards from the birthplace of the German-American portrait painter Nicola Marschall. After retiring Ulbrich contacted the artist’s German and American descendants and researched letters and other documents both in the local archive and in Louisville, Kentucky. He staged an exhibition of photos of Marschall’s portraits and documents in the artist’s hometown and published a biography: Nicola Marschall (1829- 1917) Ein Maler aus St. Wendel in den amerikanischen Südstaaten (A painter from St. Wendel in the American South), with Röhrig Universitätsverlag St. Ingbert in 2012. In 2015 he acquired from Marschall’s descendants an early Marschall sketchbook with lots of pencil drawings of Alabamians.
​
Additional Information
For more information on Marschall, see the Encyclopedia of Alabama article about him at http://www.encyclopediaofalabama.org/article/m-2427.

Ulbrich’s biography of Marschall, which is written in German, is available at https://www.amazon.de/Nicola-Marschall-1829-1917-amerikanischen-Lebensbilder/dp/3861105209
Back to Top
Francis Bartow Lloyd
The Sage of Rocky Creek
by Mollie Waters

In what his friends and fellow citizens believed would be the start of a long and fruitful political career, Francis Bartow Lloyd was gunned down by an acquaintance in nineteenth-century Greenville, Alabama. Lloyd’s death shocked the community, as he was well-known for his writing, particularly for his newspaper columns and the colorful southern character Rufus Sanders. Though Lloyd died young—at age thirty-six—his distinctive writing remained memorable to and valued by readers across Alabama.

About the Author
Mollie Smith Waters is an instructor of English, theatre, and speech at Lurleen B. Wallace Community College’s Greenville Campus. She has lived in Butler County, Alabama, most of her life and really enjoys local history. In addition to serving on cemetery preservation groups in the county, holding an office with the Butler County Historical & Genealogical Society, and helping create the Greenville Community Theatre, Waters enjoys writing historical pieces for the Greenville Standard, one of the town’s newspapers. Waters loves to travel and has been to Australia, Brazil, Italy, England, Scotland, France, and Mexico, among others. She is also very active in animal rescue.


Additional Information
For more information on Llloyd and the article’s topics, please see the following resources:
Back to Top 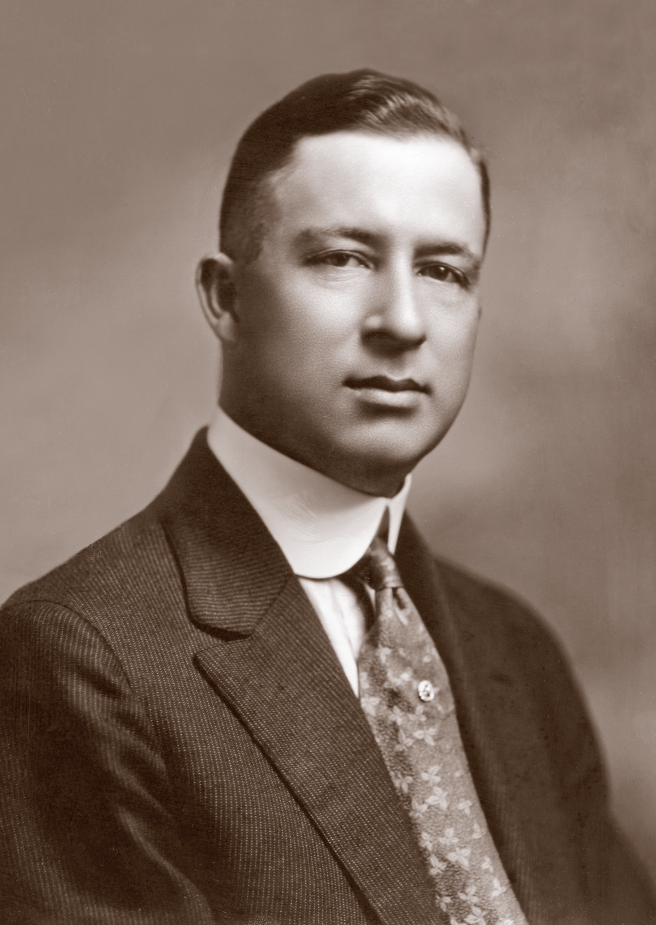 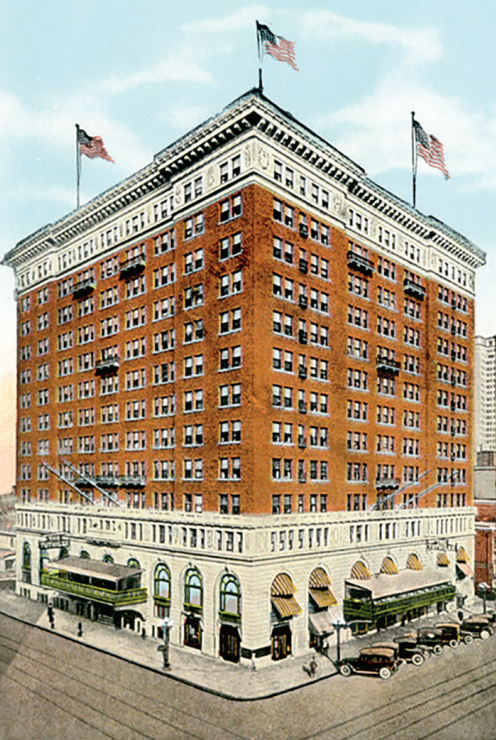 A Mission to Serve
The 1919 Kiwanis Club Convention
by James L. Noles Jr.

The 1919 annual Kiwanis Club Convention remains singular in the organization’s history, not just because of the excellent host city, Birmingham, but because during this convention the organization underwent abrupt and dramatic leadership restructuring. While attendees feasted on barbeque and reveled in the Magic City’s hospitality, leaders waged all-night negotiations to secure the exit of Allen Browne, who first conceived of the Kiwanis Club but whose interests in the organization had begun serving his personal needs more than the public good. Birmingham’s convention, then, helped straighten the course of the group, cementing its care for community welfare and service.

About the Author
James L. “Jim” Noles Jr. (BS, United States Military Academy, 1990; JD, University of Texas School of Law, 1997) is a founding partner of the law firm Barze Taylor Noles Lowther LLC, the immediate past chairman of the Board of Trustees of the Alabama School of Fine Arts, and a former secretary of the Kiwanis Club of Birmingham. In the latter role, he authored The Kiwanis Club of Birmingham (Charleston: Arcadia Publishing, 2017). Noles’s other books include Twenty Three Minutes to Eternity: The Final Voyage of the Escort Carrier USS Liscome Bay and Mighty by Sacrifice: The Destruction of an American Bomber Squadron (both published by the University of Alabama Press). His most recent book is Undefeated: A Story of Basketball, Battle, and West Point’s Perfect 1944 Season (Oxford: Casemate Publishers, 2018).

Additional Information
​For more information on this article’s topics, please see the following resources:
Back to Top
Mon Louis Island
A French Land Grant, A Creole Village, and a Seafood Community
by Laura P. Rodgers

Though unknown to many Alabama residents, Mon Louis Island packs a significant amount of history, representing varied eras and origins, into only a few square miles. Mon Louis Island has survived changes in industry and dramatic weather, including tornados, but its resilience and charm persist. Today the island still reflects its rich cultural heritage, including French settlers, a Creole community, and a historic building still in need of urgent preservation. It also boasts generations of residents who have relied on the products of Mobile Bay for their livelihoods.

About the Author
Laura Rogers holds a PhD in communication. She retired from teaching at the University of South Alabama in 2015. Her interests in addition to communication include historical preservation, historical research, and writing about people, cultures, organizations, and structures in places where she has lived, including Mobile, the surrounding areas, and her home county: Greene County, Alabama. She was primary author for a previous article for Alabama Heritage about the Condé Charlotte House in Mobile. Her main goal is to raise awareness about people and places and their history in an attempt to create a better understanding and appreciation for differences. Gen and Jeannie Austin, Shirley Buchanan, Alphonsine Lyons, and Patricia and Victor Zirlott shared knowledge, sources, and pictures about the history of Mon Louis Island and their ancestors’ lives there. Leigh Brown was major photographer. The author’s late niece, Dr. Ginger Horton Szabo-Durham, helped in editing the article before submission.

Additional Information
Donations for the renovation and preservation of the Mon Louis schoolhouse may be made by accessing its GoFundMe page: https://www.gofundme.com/mon-luis-island-schoolhouse
To access information about the Historic Mobile Preservation Society, go to their website: historicmobile.org or find the organization on Facebook.
Back to Top

After deciding to settle in Auburn, Alabama, Barbara Birdsong opened Perch Jewelry Studio, where artists and newcomers alike can explore jewelry design and making. In addition to hosting visiting artists, Perch offers classes, runs an after-school outreach program, and hosts the Insider Outsider Festival, which showcases artists from throughout Alabama.
​
About the Author
Alley Paquin is a senior at the University of Alabama majoring in journalism with a minor in political science. She is from Dallas, Texas, and hopes to attend law school following graduation in May 2019. Alfa Insurance, sponsor of the “Alabama Makers” department in Alabama Heritage, is a Montgomery-based company committed to providing its family of customers with all of its life, auto, home, farm, and business insurance needs.

Additional Information
For more details about Birdsong’s studio, visit its website at http://www.perchjewelrystudio.com.
Back to Top 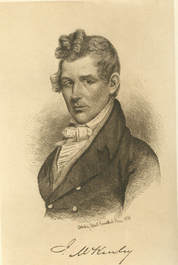 As part of the state’s bicentennial celebration, a new traveling exhibit, “Alabama Justice: The Cases and Faces That Changed a Nation,” commemorates the Alabamians named US Supreme Court justices and highlights significant US Supreme Court cases that indelibly reshaped public policy and social practices throughout the country.

​
About the Author
Jay Lamar is Executive Director of the Alabama Bicentennial Commission.

For more information on this article’s topics, please see the following resources:
Back to Top 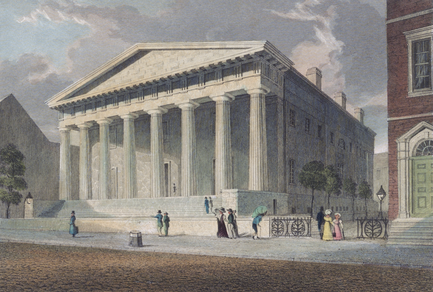 The tight money policies of the Second Bank of the United States, headquartered in Philadelphia, were blamed for the length and depth of the recession following the Panic of 1819, particularly in the South and West, where borrowed money was needed to buy land on the frontier. The loss of credit caused many Alabama landowners to default on their loans. (Photo Courtesy of Library of Congress)
The Alabama Territory
Quarter by Quarter: Spring 1819
By Mike Bunn

After the path was cleared for Alabama’s statehood, things appeared promising for the former territory. But national economic changes, consolidated in the Panic of 1819, dampened the new state’s prosperity and reshaped life for its citizens. In particular, the panic influenced the state’s political future, as residents sought to elect leaders who might help the state chart a more fruitful course.
​
About the Author
Mike Bunn serves as director at Historic Blakeley State Park in Spanish Fort, Alabama. This department of Alabama Heritage magazine is sponsored by the Alabama Bicentennial Commission and the Alabama Tourism Department.

Additional Information
Those joining the stories in progress can find earlier installments on our website at www.alabamaheritage.com
Back to Top

As Alabama’s governor during 1861, John Gill Shorter oversaw the state’s entrance into the Confederacy. His reelection campaign resulted in a substantial defeat, largely due to citizens’ reactions to the economic and political consequences of the ongoing war.
​
About the Author
Samuel L. Webb holds a JD from the University of Alabama School of Law and a PhD in history from the University of Arkansas. This department is drawn from Alabama Governors: A Political History of the State, second edition, edited by Webb and Margaret E. Armbrester (University of Alabama Press, 2014).

Ada Chitwood Jones’s 1934 sock-top quilt is a unique and colorful item in the Alabama Archives’ vast textile collection. (Photo Courtesy of Alabama Department of Archives and History)
From the Archives
Many Stories, One Quilt
By Ryan Blocker

An artifact in the Alabama Department of Archives and History and its counterpart in the Smithsonian National Museum of American History both reflect a little-known aspect of Alabama’s artistic and cultural history. Both artifacts—sock-top quilts made by Ada Chitwood Jones—demonstrate the unique possibilities that arise when artists use surplus products from their own environments, in this case, Fort, Payne, Alabama, home to a vibrant sock industry.
​
About the Author
Ryan Blocker is museum collections coordinator at the Alabama Department of Archives and History. She was co-curator of “Sewn Together: Two Centuries of Alabama Quilts,” a 2017 collaborative exhibition of the Archives and the Montgomery Museum of Fine Arts.

Additional Information
For more information on this article’s topics, please see the following resources:
Back to Top
Back to Top

In this quarter’s installment of “Adventures in Genealogy,” the president of the National Genealogical Society introduces readers to the organization and details its benefits for ancestry researchers. Among its offerings are conferences, courses, and publications of interest to both new and experienced genealogists.
​
About the Author
Ben Spratling is the president of the National Genealogical Society. He holds a BS from Auburn University, a JD from Vanderbilt University Law School, and an LL.M (Taxation) from the University of Alabama School of Law. 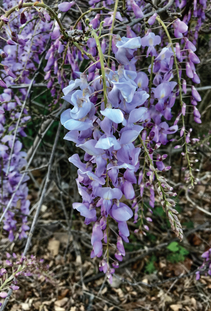 Alabama Heritage’s resident naturalist humorously traces the history of his backyard wisteria—and his heroic quest to vanquish it.
​
About the Author
Larry Davenport is Paul N. Propst Professor of Natural Sciences at Samford University and co-author (with Ken Wills) of Exploring Wild Alabama (University of Alabama Press, 2016).

To read Lewis Carroll’s poem “Jabberwocky,” which Davenport references in the article, see https://www.poets.org/poetsorg/poem/jabberwocky.
Back to Top 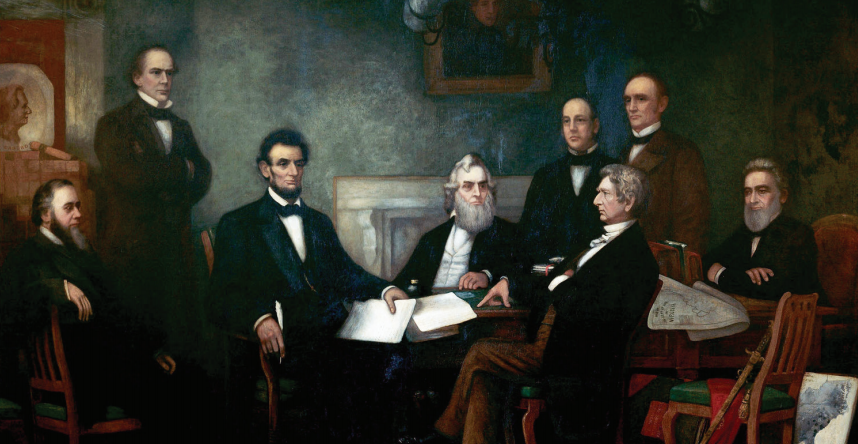