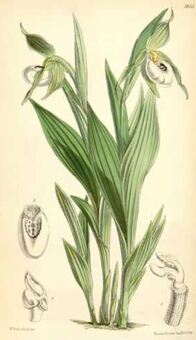 Though the Civil War was undoubtedly the country’s dominant nineteenth-century conflict, communities within the country had their own internal battles as people sought to establish themselves and their credibility, all while chronicling the bounty of the young nation. Members of one such group, doctors trained at medical schools, struggled to assert their expertise in light of the rise of Thomsonians—practitioners with inconsistent training and commitment to plant-based remedies. To establish their own credentials in this realm, the members of the Medical Association of the State of Alabama spent several years chronicling the state’s plant life, explaining how each specimen offered remedies and treatments for common ailments. L. J. Davenport, Alabama Heritage’s resident naturalist, explores these men and the volumes they produced, offering a fascinating glimpse of medical practice and general health of the young state.

About the Author
Larry Davenport, a native of Seattle, Washington, holds a PhD in biology from the University of Alabama. He has taught at Samford University in Birmingham, Alabama, since 1985, where he currently serves as Paul N. Propst Professor of Natural Sciences. In 2007, he was named Alabama Professor of the Year by the Carnegie Foundation for the Advancement of Teaching. Davenport is considered to be an expert on Alabama’s plant life; aquatic plants; wetlands; and rare, threatened and endangered species, including the Cahaba Lily. His interests also include the history of Alabama botany and the uses of medicinal plants. Since 1993, he has written a natural history column for Alabama Heritage. In 2010, twenty-five such columns were published as Nature Journal by the University of Alabama Press. In 2016, he co-authored Exploring Wild Alabama (also UA Press) with Kenneth M. Wills.
​
Additional Information
To learn more about medicine in Alabama, read more in this collection from the Encyclopedia of Alabama.
Back to Top 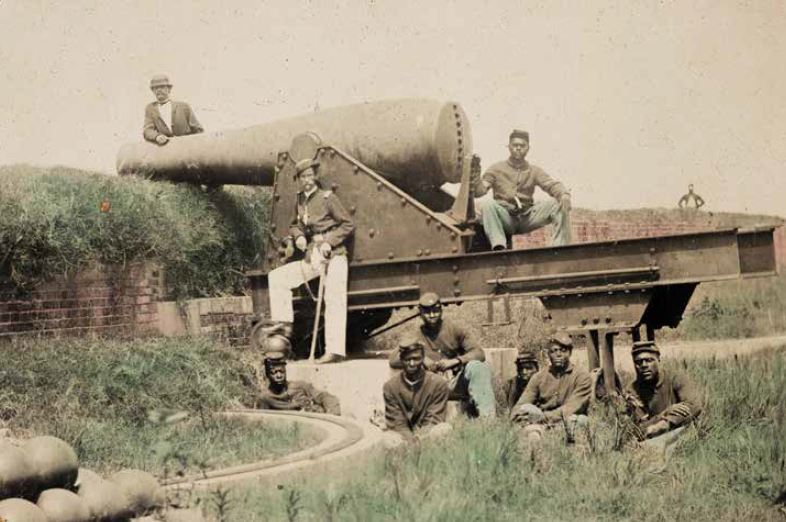 A group of USCT soldiers and two officers pose with a 10-inch Rodman cannon at a coastal fort, possibly Fort Massachusetts on Ship Island off the coast of Mississippi. One of the first black Union regiments was stationed there. (Photo Courtesy of Library of Congress)
Fighting for Freedom
Alabama's USCT Soldiers
by Robert S. Davis

Though the existence of the United States Colored Troops (USCT) during the Civil War remains relatively well-known, many of the details of these men’s experiences have long been obscure to the general public, known mainly to scholars. African American men joined the fighting for many reasons, but once enlisted, many of them faced discrimination from officers and even the military establishment. Approximately five thousand of these men hailed from Alabama. Some experienced combat, and others were used in different capacities away from the front lines, but all fought to secure the freedom they so fervently desired.

About the Author
Robert S. Davis is senior professor of history at Wallace State College in Hanceville, Alabama, where he began the Family & Regional History Program in 1992 to encourage local interest in family history in Alabama and the South. The program has classes in genealogy and a major library. A graduate of Piedmont College, the University of North Georgia, and the University of Alabama at Birmingham, Davis has published more than 1,300 works, including forty books and articles for scholarly journals. He received awards from the National Genealogical Society, the Society for State and Local History, the Sons of the American Revolution, and other organizations. Davis has spoken to hundreds of groups, including for the Alabama Humanities Council, and has appeared on television documentaries. He also reviews history books for the New York Journal of Books and has a column in the Georgia Genealogical Society Quarterly.
​
Additional Information
​To learn more about the African American Troops, visit this site http://www.encyclopediaofalabama.org/article/h-2022 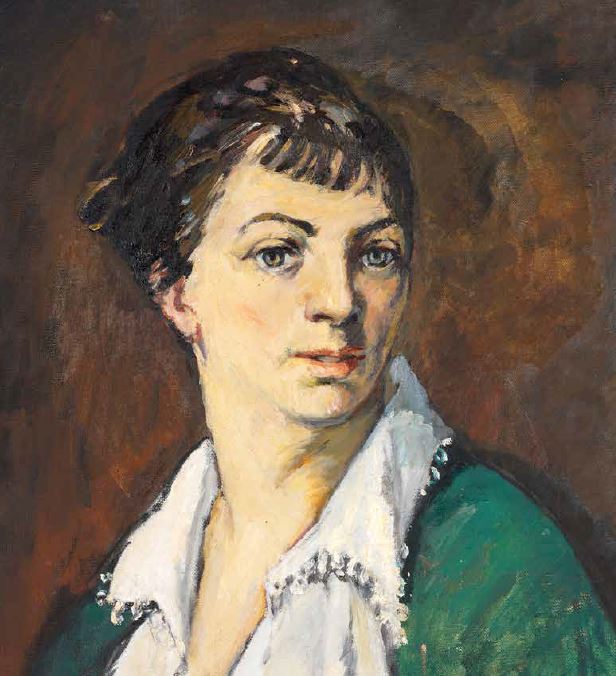 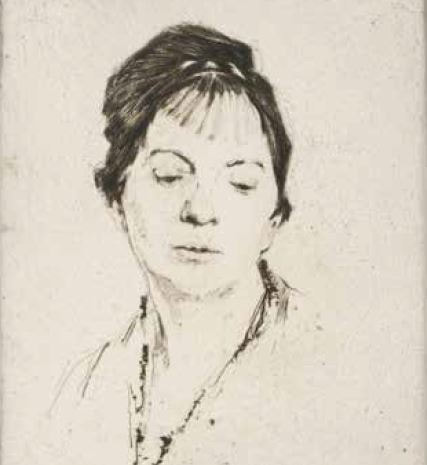 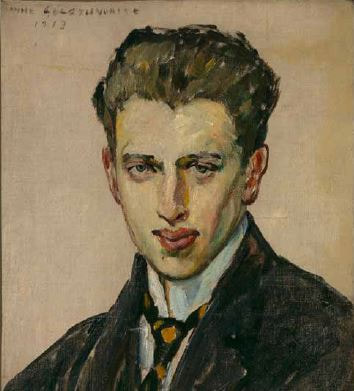 The Anne Goldthwaite Nobody Knew
by May Lamar

Though lesser-known today, Montgomery’s Anne Goldthwaite established herself as a significant American artist. The Alabama-born visual artist was an etcher, painter, and longtime advocate for equal rights for women. Though she occupied a central position among the artists of her era—befriending Gertrude Stein and exhibiting work in the 1913 Armory Show—much of her life remains unknown to us today. Fortunately, her unfinished memoir and the recollections
of a ninety-year-old Montgomery resident help reveal Goldthwaite’s accomplishments, passions, and tragedies.

About the Author
May Lamar is a Montgomery native and a 1980 graduate of the University of Alabama. She is an award-winning newspaper reporter and advertising copywriter who enjoys researching and writing both fiction and private biographies. Previous works include: Hunting: The Southern Tradition (co-written by her husband, Rich Donnell with photography by Chip Cooper); Brother Sid, A Novel of Sidney Lanier; and Last of the Bosses, Monroe County’s Judge E.T. “Short” Millsap. Her current novel is Gifts, a fictional account of the painter Anne Goldthwaite and her family. May and her husband, author/publisher Rich Donnell are at home in Montgomery. 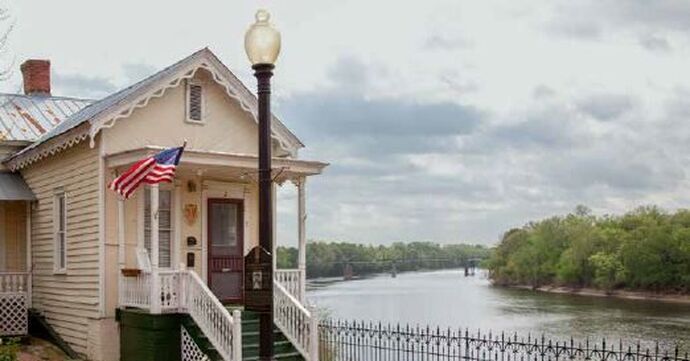 The bridgekeeper’s cottage, built in the mid-1880s alongside Selma’s first Alabama River bridge, looks over the river near the 1931 departure point of the Ain’t-it-’ell. The bridge was replaced in 1941 by the Edmund Pettus Bridge. (photo Courtesy of Library of Congress)
The Voyage of Ain't It 'Ell
by John S. Sledge

The Great Depression caused a wide range of unusual behavior among Americans, as they struggled to eek out their existence under challenging circumstances. Perhaps one of the more unusual responses to loss of employment came from Charles Wooding Wynn, a Selma resident. When Wynn lost his job in 1931, he made a bold decision: he would take to the water. With his wife by his side, Wynn set off on the Alabama River, living off the land (and water) and experiencing the kindness of his fellow Alabamians who, like him, were struggling to grasp the rapidly changing world around them.

About the Author
John S. Sledge is senior architectural historian with the Mobile Historic Development Commission and a member of the National Book Critics Circle. He is the author of seven books, including The Mobile River; These Rugged Days: Alabama in the Civil War; and most recently The Gulf of Mexico: A Maritime History.

Additional Information
To learn more about Steamboats in Alabama, read more here.
Back to Top 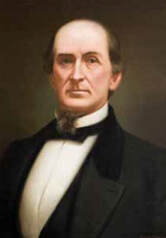 Like many of Alabama’s early governors, Robert Miller Patton originally hailed from Virginia. However, his early years in Alabama helped shape his identity and his political career. As Alabama’s governor immediately following the Civil War, Patton reflected conflicting post-war circumstances, sometimes standing strongly for practices that only benefited whites and sometimes (likely from pragmatism, and often with some reluctance) advancing more inclusive legislation. 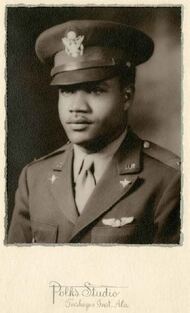 A chance encounter with a photograph leads Alabama Heritage’s resident photography expert to discover a fascinating subject, an influential photographer, and the history that united them. The portrait of Louis Rayfield Purnell, a Tuskegee Airman and the Smithsonian Institution’s first black curator, was photographed by Prentice Herman Polk, another influential Tuskegee figure. The men’s encounter offers a compelling glimpse at the history of this institution and the influential legacies it shaped.


About the Author
Frances Osborn Robb is the contributing editor for the “Behind the Image” department of Alabama Heritage. She is the author of Shot in Alabama: A History of Photography, 1839–1941, and a List of Photographers (University of Alabama Press, 2017). She is passionate about historic photographs and thanks Dana Chandler, Tuskegee University Archivist, for his generous assistance. 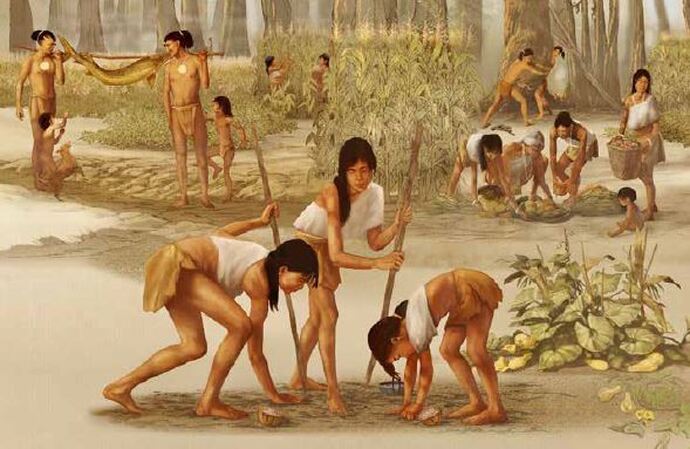 Karen Carr’s mural in the First Alabamians exhibit shows Creek farming. Opposite page: The McCondiche sash demonstrates the skill of Creek women. (Photo Courtesy of Alabama Department of Archives and History)
From the Archives
The Creators of Life: Creek Women in Early Alabama
By Alex Colvin

During 2020, the centennial of women’s suffrage, the “From the Archives” columns during will focus on the important roles of women in Alabama history. This inaugural installment explores the role of women in Creek communities and illuminates the significance of matrilineal societies. Throughout, it highlights archival materials that help us understand the history of our state’s early inhabitants.

About the Author
Alex Colvin, PhD, is public programs curator at the Alabama Department of Archives and History. 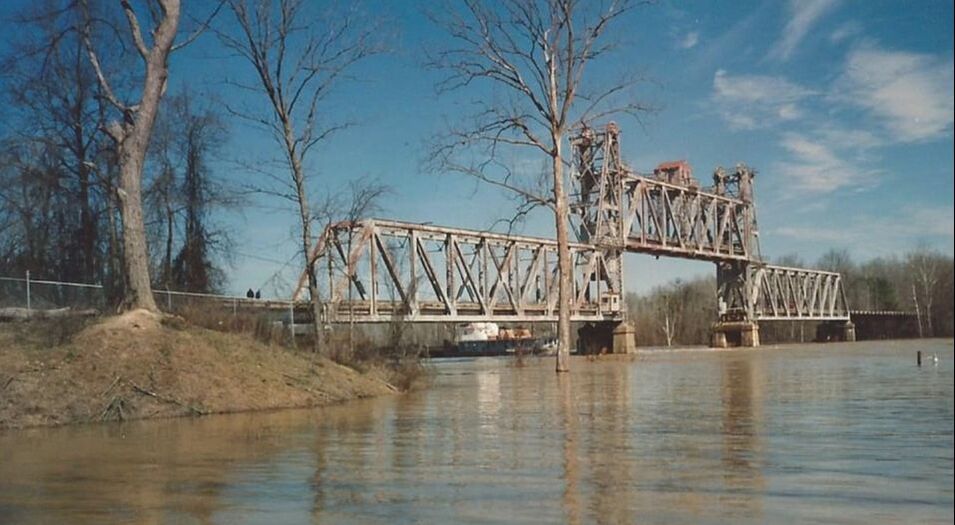 The Naheola Bridge crosses the Tombigbee River from Marengo County to Choctaw County near Pennington. The bridge was constructed by the Virginia Bridge and Iron Company in 1934. (Photo Courtesy of Beth Mozingo)
Portraits & Landscapes
The Naheola Bridge
By Stephanie L. Robertson

Originally created to help ease commuting times for workers traveling between Black Belt counties, the Naheola Bridge was shared by trains and automobiles for a significant part of its history. Though the arrangement was precarious, miraculously no significant accidents took place. Today the bridge is used only by trains, but it still stands, a reminder of the region’s industrial history, the structures that arose from it, and the people at the center of it all.

About the Author
Choctaw County native Stephanie L. Robertson lives in Madison, Alabama, with her husband, James, and daughter, Elizabeth, and maintains a Southern lifestyle blog at www.sweetgumlife.com.

Additional Information
For more information on the bridge, see the Encyclopedia of Alabama: http://www.encyclopediaofalabama.org/article/m-8810.

Many significant records languish, forgotten or abandoned to attics, basements, and other sites ill-suited for preservation. However, when the Tuscaloosa Genealogical Society discovered that such a fate had befallen court records from the city’s early years, they leapt to work. With assistance from county officials, TGS labored to preserve these records and the valuable genealogical information they hold.

About the Author
Donna Cox Baker is the director of Alabama Heritage. She wrote Zotero for Genealogy: Harnessing the Power of Your Research and blogs at gegbound.com. She thanks Jan Hutchison and the Tuscaloosa Genealogical Society for their help with this article.
Back to Top

Larry Davenport offers a detailed introduction to one of the state’s significant medicinal plants, columbo (Frasera caroliniensis), in conjunction with his feature article on the Alabama physicians’ compilation of Alabama herbals. Davenport discusses the plant’s characteristics, its medicinal and cultural significance, and even the origins of its name. (Spoiler alert: it wasn’t named for the explorer.)

About the Author
Larry Davenport is Paul N. Propst Professor of Natural Sciences at Samford University and co-author (with Ken Wills) of Exploring Wild Alabama (University of Alabama Press, 2016).

The founder and president of the Mon Luis Schoolhouse Renovation Project, updates readers on the project, reviews the schoolhouse’s history, and corrects some misinformation that has surrounded the structure. This feature was originally published in Issue 131 and readers can find more details on the update here.

About the Author
Patricia Crawford is the founder and president of the Mon Luis Island Schoolhouse Renovation Project.
Back to Top
Reading the Southern Past
The Rise and Fall of “Separate but Equal”
By Stephen Goldfarb

This quarter’s installment of “Reading the Southern Past” considers the legacy of Plessy v. Furguson, the infamous 1896 court case. Under review are Steve Luxenberg’s Separate: The Story of Plessy v. Ferguson, and America’s Journey from Slavery to Segregation (W. W. Norton, 2019), Richard Kluger’s Simple Justice: The History of Brown v. Board of Education and Black America’s Struggle for Equality (2nd edition, Alfred A. Knopf, 2004), and Margaret Edds’s We Face the Dawn (University of Virginia Press, 2018).

For Additional Information
For more information about (and links to purchase) Steve Luxenberg’s Separate, please see https://www.steveluxenberg.com/books/separate/.
Simple Justice by Richard Kluger is available for purchase at https://www.penguinrandomhouse.com/books/93824/simple-justice-by-richard-kluger/.
Margaret Edds’s book We Face the Dawn is available for purchase at https://www.upress.virginia.edu/title/5145.
Back to Top