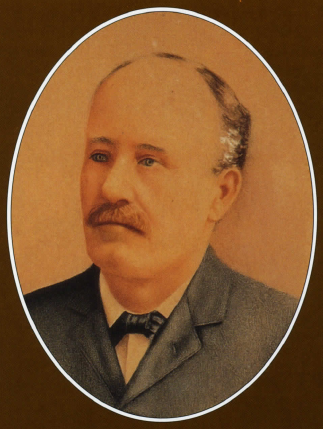 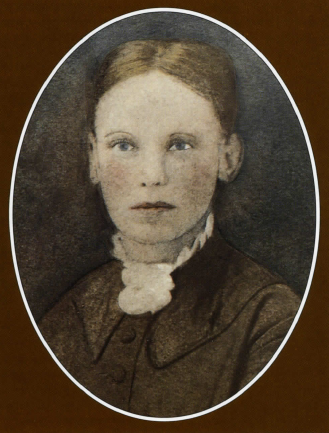 To Teach the Negro

In 1878 a young, self-educated Scottish immigrant arrived in Marion, Alabama, to assume the reins at Alabama's first state-assisted black institution of higher learning, the American Missionary Association's Abraham Lincoln School. With his wife, Maggie, William Burns Paterson spent the next ten years nurturing a remarkable institution while often facing racially motivated hostilities. In 1887 following an act of arson, the state legislature voted to move the school -- then called the Alabama State Normal School for Colored Students -- to Montgomery, where the Patersons worked to maintain a balance of liberal arts education along with industrial training. In 1969 the school became Alabama State University, attaining university status almost one hundred years after its creation at Marion.

About the Author
Judith Paterson--author, journalist, and educator--grew up in Montgomery, Alabama, and received her Ph.D. from Auburn University. She taught English literature at Auburn at Montgomery for eight years before joining the faculty at the University of Maryland, where she is currently an associate professor in the College of Journalism.

Author of four books, Paterson has written on Thomas More, Philip Roth, and pioneering women's rights activist
Marguerite Rawalt. Her most recent work, Sweet Mystery: A Book of Remembering (Farrar, Straus, & Giroux, I996), recounts Professor Paterson's childhood up to the time of her mother's death (when Paterson was nine years old). Paterson hopes her book will interest "people from parts of the country who don't know that life is very mixed up in the South."
Back to Top 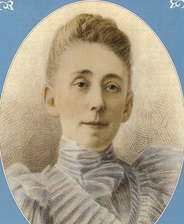 Maria Howard Weeden (1846-1905), struggling to survive after the Civil War, turned to painting to supplement the family's meager income. Many of her subjects were ex-slaves whom she knew in Huntsville. (Courtsey Huntsville-Madison County Public Library)
The Art of Howard Weeden

Nineteenth-century artist Maria Howard Weeden could have been just another maiden lady who used her talent to eke out a living after the Civil War. Like many Southerners of her day, Weeden found her comfortable life of only a few years earlier gone forever. Faced with the prospect of financial ruin, she determined to use her talent to supplement her family's meager income. Weeden's portraits of former slaves departed from the comic "minstrel" representations of her contemporaries, however, conveying great strength and dignity. Showings of Weeden's work in Berlin and Paris brought her international acclaim. In 1899 Joel Chandler Harris, the creator of "Uncle Remus," described Weeden's portraits as "powerful" and "charged with feeling." Now, almost one hundred years later, Cornelius's generously illustrated article lets us see for ourselves just what he meant.

For more information on Howard Weeden, see:And by the artist:The following articles in the Encyclopedia of Alabama will also be of interest:Multimedia:
About the Author
Historical novelist Kay Cornelius has been a volunteer docent at Huntsville's Weeden House since 1990. She notes that Gen. Ormsby M. Mitchel, the subject of her first article for Alabama Heritage (No. 34, Fall I994), apparently lived there during the first months of the Federal occupation of Huntsville during the Civil War.

Cornelius has authored one contemporary and six historical novels, most of which have been published by Barbour & Company. She is currently writing four historical novels for Moorings, a division of Random House. The first, Twin Willows, will be available in September 1996. Her article on Gen. William Moore--for whom Moore County, Tennessee, is named--recently appeared in Tennessee Historical Quarterly.
Back to Top 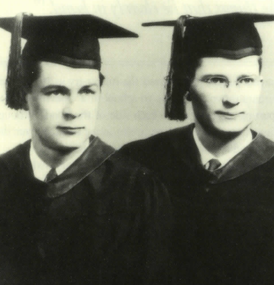 On January 23, 1964, Dr. James D. Hardy assured himself a place in medical history when he performed the first heart transplant into a human patient. "Death was imminent," recalls Hardy. "If a heart transplant was to be done, it had to be done at once." At a time before human-donor hearts were available, Hardy and his team at the University of Mississippi chose to use the heart of a chimpanzee. "Not too many people realize that chimp genes and human genes are about 97 percent the same," says Hardy. Amid overwhelmingly negative reaction in the United States, Hardy and other U.S. transplant teams put heart transplantation on hold. Today, however, heart transplants are fairly common, and the world that once criticized him now showers Hardy with honors. (The heart used in the 1964 operation is preserved at the Smithsonian Institution.)

Additional Information
About the Author
Mack Lofton, a resident of Mountain Brook, Alabama, has published two books with the University of Alabama Press. His first, Voices from Alabama (1993), includes interviews with over 120 of the state's best storytellers, among them people from all walks of life--former sharecroppers, industrial workers, fishermen, housewives, preachers, and civil rights workers. His second book, Healing Hands: An Alabama Medical Mosaic (1995), includes interviews with doctors, nurses, midwives, and other medical personnel whose collective stories paint a portrait of health care in early twentieth-century Alabama.

Sections of this article are adapted from The World of Surgery, 1945-1985: Memoirs of One Participant, by James D. Hardy, M.D., published by The University of Pennsylvania Press in 1986. Alabama Heritage would like to thank The University of Mississippi Medical Center, particularly Janice Quinn of the Public Affairs Office, for assistance in acquiring photographs for this article.
Back to Top

Art in the South
A Greensboro Belle

Lelia Jane McCrary (Otts) of Greensboro as about sixteen years old when William Carroll Saunders of Huntsville painted her portrait c. 1860. Saunders was the artist behind several full-length portraits, and these paintings display a meticulous attention to settings and accessories, making his paintings windows into a vanished world.

Additional Information
The following items in the Encyclopedia of Alabama will also be of interest:
About the Author
Robert Mellown is an art history professor at the University of Alabama.
Back to Top
The Nature Journal
The Eastern Glass Lizard

Although it looks like a snake, the eastern glass lizard is merely a snake mimic, possessing as it does such non-serpentine features as eyelids and ear openings. It moves with less grace and may jettison hits tail to escape pursuing predators. L.J. Davenport examines the life-cycle of this curious lizard.