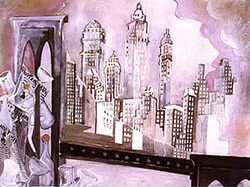 Perhaps best-known as the Alabama-born wife of the novelist F. Scott Fitzgerald, Zelda Fitzgerald has a new opportunity to be remembered for her own art. An exhibit of her paintings is currently traveling the country. Overshadowed by her husband’s career, Zelda’s own artistic life was stunted. She also publicly suffered from mental illness. Even when she was producing original and intriguing works of art, the critics tended to overlook her. Throughout her travels in Europe with her husband she hobnobbed with many great artists of the modernist era, and their influence is evident in her paintings. The new exhibit of her visual work, Everl Adair writes, sheds new light on the Montgomery-born belle turned jazz-age flapper who was not just a novelist herself, but a talented modernist painter in her own right.

About the Authors
Everl Adair currently serves as the Communications Director at the R.W. Norton Art Gallery in Shreveport, Louisiana. Having worked previously as both a teacher and writer in teh fields of education and entertainment in locales ranging from Virginia to Texas to California, she continues to seek to educate and entertain by writing about the many celebrated artists whose work is exhibited at the Gallery. In addition to her nonfiction articles, Ms. Adair writes poetry and fiction. Her work has appeared in various magazines and journals including Amelia, Arttimes, Northcoast View, and City Lights, among others.

Jennifer Pemberton is a writer and editor who currently lives and works in Tuscaloosa.

Wesley Phillips Newton is Professor Emeritus of History, Auburn University. He was the first Executive Director of the F. Scott and Zelda Fitzgerald Museum.
Back to Top 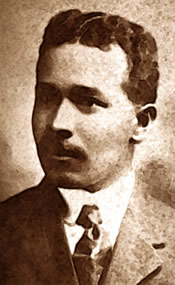 The son of a former slave turned prosperous farmer, a young Howard University graduate named William E. Benson came back home to Tallapoosa County to build a school for the community’s children. Incorporated in 1898, the Kowaliga Academic and Industrial Institute recruited distinguished individuals, including Booker T. Washington and Oscar Garrison Villard, to its board of trustees. For over thirty years, hundreds of rural black children received their schooling at Kowaliga. The Dixie Industrial Company, founded by Benson in 1900, grew to control ten thousand acres, farming and processing cotton and lumber, and built the Dixie Line, the first black-owned railroad in the country. Benson’s impressive achievements would outlast the personal tragedies that marked the end of his life.

For this article the authors relied mainly on primary sources, deeds, Alabama Power Company correspondence and records, and newspapers. In fact, there is very little independent scholarship on William Benson and the Kowaliga School, but two books that contain brief sections about him and his institution are: William P. Ingram's A History of Tallapoosa County (W.P. Ingram) and Richard Bailey's They Too Call Alabama Home: African American Profiles, 1800-1999 (Pyramid Publishing, Inc).

About the Authors
Michael Sznajderman is a former newspaper reporter, editor, and columnist who now makes his living in corporate communications. His freelance articles have appeared in American Journalism Review, the Christian Science Monitor, and the London Jewish Chronicle, among other publications. His last piece for Alabama Heritage, about children on the front lines of the 1963 civil rights protests in Birmingham, appeared in the Fall 2003 issue. He lives in Shelby County.

Leah Rawls Atkins, director emerita of the Auburn University Center for the Arts & Humanities, holds a Ph.D. from Auburn and has taught history at Auburn, the University of Alabama at Birmingham, and Samford University. She is a co-author of the award-winning Alabama: The History of a Deep South State, published by the University of Alabama Press in 1994. She retired in 1995, and since then has written a biography of John M. Harbert III, a corporate history of Brasfield & Gorrie, and is currently writing the centennial history of the Alabama Power Company. She lives in Birmingham.

In November 1923, the Mobile Customs House and Federal Building
was the site of a sting that uncovered a local conspiracy
to circumvent prohibition
(University of South Alabama Archives)
The Great Mobile Whiskey War

On November 13, 1923, federal prohibition agents conducted a dramatic sting in Mobile, seizing over ten thousand quarts of illegal whiskey and arresting dozens of suspected bootleggers. The arrests sparked off a series of scandalous trials that would uncover a massive local conspiracy to circumvent the Eighteenth Amendment’s ban on alcohol. Among those accused of running the so-called “Whiskey Ring,” several held prominent positions in the community, including the sheriff, the chief of police, a well-known local lawyer, and a state representative. In the high-profile legal struggle that lasted the next three years, Hugo Black (future U.S. Senator and U.S. Supreme Court Justice), Frank Boykin (future congressman), and Oscar Underwood (U.S. Senator) would play major roles. But the lead role was played by Aubrey Boyles, the U.S. District attorney who led the investigations and put the members of the “Whiskey Ring” on trial. Boyles challenged Mobile’s elite, and for his audacity paid a severe price.

Buy This Feature
Additional Information
Among important sources used in preparing this article were the Mobile Register 1923-26; transcript of the 1926 U.S. Senate Judiciary Committee Hearings on the nomination of Aubrey W. Boyles to the post of U.S. Attourey; "The Great Bootleg Conspiracy of 1924," by Chris McFayden, in the March 1993 edition of Mobile Bay Monthly; articles by Sam Hodges about Frank Boykin in the Mobile Press-Register, December 16-22, 2001; and Virginia van der Veer Hamilton's Hugo Black: The Alabama Years (University of Alabama Press). 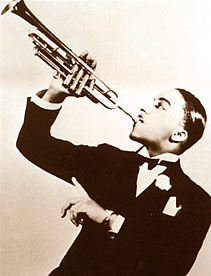 From the mid-1920s until the mid-1950s, the part of Birmingham known as "Tuxedo Junction"--the basis of the song of that name--provided music and entertainment to the surrounding, predominantly African American, community. Though the prominence of Tuxedo Junction has faded, it is still remembered in Birmingham's "Function in the Junction," an event that commemorates the importance of the area, both local and in the wider world of jazz music.

About the Author
Donald E. Rohar teaches English at Birmingham's Ensley High School.
Back to Top 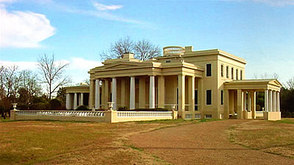 Gaineswood, a house influenced
by classical architecture
(Gaineswood,
Alabama Historical Commission)
Southern Architecture and Preservation
What Is "It" About Alabama's Historic Buildings?

About the Author
Thomas Kaufmann is the Designer for the Alabama Main Street Program at the Alabama Historical Commission in Montgomery.
Back to Top 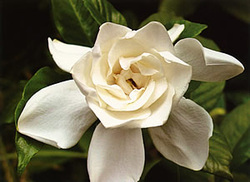 Though the gardenia is a popular flower in gardens around Alabama, its history is less placid. The process of naming the flower was politically fraught and bound up in international tensions surrounding the respective intellectual and political roles of America and Europe.

Additional Information
The following article in the Encyclopedia of Alabama will also be of interest:
About the Author
Larry Davenport is a professor of biology at Samford University, Birmingham.
Back to Top