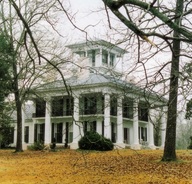 By Mort P. Ames with Warner McGowin and Jennifer Horne

In clear and concise language, Mort Ames, an attorney formerly with the Environmental Division of the Office of the Attorney General of Alabama, explains the easement donation process in Alabama and describes the tax advantages of donating an easement on a historic property. Ames relates how, across the country, the donation of a preservation or conservation easement to the state or to a nonprofit agency is becoming increasingly popular. It isn’t necessary to own an antebellum mansion to participate in an easement donation; businesses, apartment buildings, and even historically significant land can garner tax deductions for their owners while preserving a part of the state’s history. Property owners who wish to obtain further information regarding donation of a preservation easement may contact the Alabama Historical Commission, 468 S. Perry St., Montgomery, Alabama, 36130-0900; telephone (334) 242-3184. The two other agencies in the state currently accepting easements are the Mobile Historic Development Commission and Heritage Preservation Inc., in Florence.
Buy This Feature
Additional Information
The following articles in the Encyclopedia of Alabama will also be of interest:

About the Authors
Mort P. Ames holds a B.A. in history from Davidson College, a law degree from the University of Alabama, where he specialized in land-use issues, and a master's degree in history from the University of Chicago, where he is currently a doctoral candidate in American history. Ames served as an assistant attorney general in the Environmental Division of the Office of the Attorney General of Alabama from 1991 until 1996, when he became an assistant corporation counsel for the Law Department of the City of Chicago.

Warner McGowin, Copy Editor, Alabama Heritage magazine, is a graduate of Middlebury College; Vermont, and is completing an M.F.A. in creative writing at the University of Alabama.

Jennifer Horne, Editorial Assistant, is a graduate of Hendrix College, Arkansas. She holds an M.F.A. in creative writing from the University of Alabama and is currently completing an M.A. in English.

The editors wish to thank Robert Gamble, Senior Architectural Historian, Alabama Historical Commission, for his assistance in the publication of this article. To obtain further information on preservation and conservation easements, contact the Alabama Historical Commission, 468 S. Perry Street, Montgomery, Alabama 36130-0900. Voice: (334) 242-3184; FAX: (334) 240-3477.
Back to Top 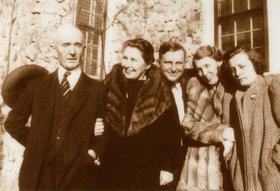 Blanche and her new husband celebrated Thanksgiving in Goodwater in 1939. Left to right: Will and Blanche Dean, with Earl Evans (Blanche's nephew), Mamie Ingram, and Ella Evans (Earl's wife). The Deans were married for less than a year. (Courtesy Ella Evans)
Blanche Dean, Naturalist

Teacher, biologist, author, early environmentalist: native Alabamian Blanche Dean was one of the first naturalists to recognize the importance of her state’s amazing array of plants and wildlife. Her dedication to the outdoors and her constant good humor were legendary to those who knew her best, and the lessons of respect for and conservation of the Alabama wilderness she taught to students and friends still resonate across the state. Alice S. Christenson, president of the Birmingham Audubon Society, and Larry J. Davenport, a professor of biology at Samford University, have collaborated on an examination of Dean’s life, career, and impact on Alabama wildlife studies. Blanche Dean shared her lifelong love of nature with a generation of Alabamians and became one of the state's most respected and beloved naturalists. Long before many others, Dean saw the need to protect the environment. She deeply valued her native state’s natural riches and taught others to do the same.

The following articles in the Encyclopedia of Alabama will also be of interest:Multimedia:
About the Authors
Alice Stevens Christenson, current president of the Birmingham Audubon Society, holds a B.A. from the University of Alabama and an MA. in English from Columbia University, Nev York. She has taught English at Samford University and conducted writing seminars for businesses in the city.

Larry Davenport, a professor of biology at Samford University, holds a Ph.D. from the University of Alabama. He has contributed three previous articles to Alabama Heritage--one on nineteenth-century botanist Charles Mohr, and two on the Cahaba Lily. He also serves as editor/author of the magazine's column "The Nature Journal." 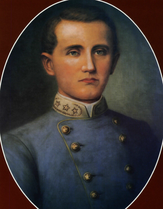 John C. C. Sanders (1840-1864) "gave promise of a glorious and distinguishing career," eulogized the Richmond newspaper shortly after his death. Sanders was one of sixty-two Confederate brigade commanders killed in action during the Civil War. (Courtesy Alabama Department of Archives and History)
The Intrepid Sanders: Lee’s ‘Boy Brigadier’

Alabama native John C.C. Sanders became, at age twenty-four, Lee’s "Boy Brigadier," one of the three youngest generals in the Confederate army. Fighting in many of the major battles of the war, Sanders distinguished himself by his gallant conduct. A member of the university’s newly formed Corps of Cadets, Sanders left the University of Alabama in his senior year to fight in the Civil War. Writing to his parents in January 1861 for permission to withdraw from the university, he said, "I feel that my country calls for all her sons, and I, for one, cannot refuse to obey her maternal voice." When he died in 1864, the Richmond Daily Dispatch eulogized him as a beloved commander "who gave promise of a glorious and distinguished career." Author Bailey Thomson, a former associate editor of the Mobile Register, is now an associate professor of journalism at the University of Alabama.

Additional Information
Sanders' letters, excerpts from which appear here, are deposited at the William Stanley Hoole Special Collections Library at the University of Alabama. 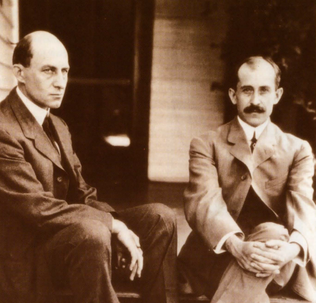 Wilbur (left) and Orville Wright in Dayton, Ohio, 1910. Wilbur's death in 1912, at the age of forty-five, was a devastating loss to aviation and to Orville, who sold the Wright Company in 1915 and spent the rest of his life in research. Outliving his brother by thirty-six years, Orville saw the airplane used as a principle tool in the Allied victory in World War II and acknowledged as one of the most important inventions of the twentieth century. He died in 1948. (Courtesy Smithsonian Institution, National Air and Space Museum)
The Wright Connection

Maxwell Air Force Base in Montgomery, Alabama is best known for its pivotal role in the training of U.S. and international pilots. But aviation history and Montgomery, Alabama, had been linked long before there ever was a Maxwell Air Force Base. For it was on the same site where Maxwell now sits that in the spring of 1910 Orville and Wilbur Wright, the "pioneers of the skies," opened up the world’s very first flight training school. The flight school’s presence, the Montgomery Advertiser noted, "brought the South into the world’s eye." Author Paul Tribble, retired from the U.S. Air Force and now a geography teacher at Alabama State University, chronicles the Wright brothers’ path from a bicycle shop in Dayton to the flat fields of an old Montgomery cotton plantation. The author details the events that led to the Wright brothers’ selection of Montgomery as well as the advances in aviation history and the death-defying feats of bravery achieved there by Orville Wright and his team of hand-picked aviators, known as the "wizards of the skies."

Additional InformationThe following articles in the Encyclopedia of Alabama will also be of interest:Multimedia:
About the Author
Paul Tribble, retired from the United States Air Force, now teaches geography at Alabama State University. His interest in aviation history was piqued, he says, when his final air force assignment took him to Maxwell Air Force Base, Montgomery. "The base," says Tribble, "is the Trafalgar Square of aviation, with all persons of significance in aviation history passing through at one rime or another."

Tribble wishes to thank aviation artist Jay Ashurst, Director of the Maxwell Air Force Base Office of History Jerome Ennels, and Dr. Edwin Bridges and his staff at the Alabama Department of Archives and History for their assistance with this article.
Back to Top

﻿Report from the Historical Commission
Iced Tea or Hot Tea? Preservationists Have a Clear Choice

ISTEA is an acronym for the bulkily named funding initiative administered by the Federal Highway Administration: the Intermodal Surface Transportation Efficiency Act. Familiarly known as "Iced Tea," the initiative requires that 10 percent of all dollars allotted by the federal government to each state for highways should be used for "enhancement" of transportation facilities.  This act allow communities to preserve sites that might otherwise fall into decay.

About the Authors
Camille Bowman, ISTEA coordinator, and Mary Elizabeth Johnson Huff, project director, are both with the Alabama Historical Commission, Montgomery.﻿
Back to Top 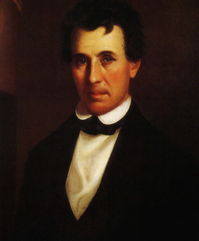 Huntsville artist Henry Byrd painted Silas Parsons, an early associate justice of the Alabama Supreme Court, in 1848. The portrait, newly conserved, rescues Parsons from the obscurity accorded so many public figures in Alabama.

About the Author
Edward Pattillo is curator and historian of the Alabama Judicial Department, Montgomery.
Back to Top