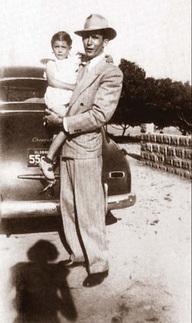 On June 11, 1949, the Grand Ole Opry’s halls were filled for the first time with the drawl of chart-topping country musician Hank Williams—an Alabama native. In the span of just four years, Hank would change the face of popular music. Producing songs that appealed to the masses, Hank’s hits resonated with people of all means and ages. Hank died tragically at the age of twenty-nine, cutting short a phenomenal career. But the songs he composed continue to influence country music today.

Alabama Heritage would like to thank Dale Vinicur of Audrey’s Dream Inc. for her invaluable assistance in the creation of this article. Audrey’s Dream is a 501 (c)(3) organization founded by Dale and business partner Lycrecia Williams Hoover in 2001 to honor Lycrecia’s parents, Hank and Audrey Williams. Their mission: The (future) Hank & Audrey Williams Center of Nashville, an informational and support center for addiction and recovery... located somewhere out in the beautiful Middle Tennessee countryside. You can learn more about Audrey’s Dream at their website.

Books by Lycrecia Williams and Dale Vinicur (for sale online at the Corral, and also at the Hank Williams Museum in Montgomery AL, Ernest Tubb Record Shops & The Country Music Hall of Fame in Nashville TN):
The following articles in the Encyclopedia of Alabama will also be of interest:
Multimedia:

About the Author
Colin Rafferty holds an MFA from the University of Alabama, where he is currently an instructor in the English Department. A native midwesterner, he also holds degrees from Kansas State and Iowa State Universities. His work has appeared in publications such as Ascent andThe Colorado Review. His current project is a series of nonfiction essays centered around the concept of monuments and memorials. 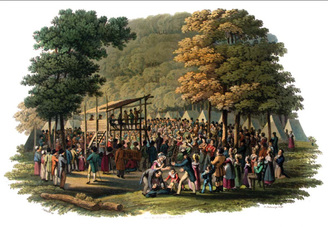 A Methodist camp meeting
(Library of Congress)
Of Circuit Riders and Camp Meetings, Missionaries and Methodists

The appearance of the Reverend Matthew P. Sturdevant in the Tombigbee settlements in 1808 marked Methodism’s formal introduction in the state of Alabama. Sturdevant was one of many preachers who traveled on horseback through the Alabama wilderness in the early nineteenth century. These preachers, who were known as circuit riders, established a new and important tool for spreading the Word to the American frontier: the camp meeting.

Additional Information
Learn more about the United Methodist Church online.
The following articles in the Encyclopedia of Alabama will also be of interest:

About the Author
Guy Hubbs is an associate professor at Birmingham-Southern College and archivist for the North Alabama Conference of the United Methodist Church, but before that he was the first assistant editor at Alabama Heritage. In 2003 the University of Georgia Press published two of his books: Voices from Company D, an anthology of eight Civil War diaries, and Guarding Greensboro: A Confederate Company in the Making of a Southern Community, which won the Jefferson Davis Award and the Robertson Literary Prize. He is currently writing a book examining the individuals depicted in a Reconstruction political cartoon. 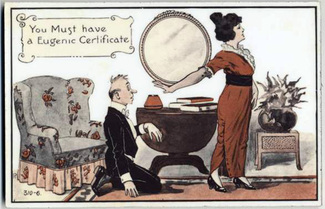 The eugenics movement—the science of improving humanity through controlled breeding—continues to generate controversy, due in no small part to the vast sterilizations that occurred worldwide in its name. Hitler and the Nazi regime’s horrific medical procedures offer the most famous and extreme expression of eugenics principles. Convinced of the social good of preventing those deemed “feebleminded” or “defective” from procreating, a number of Alabama physicians worked to broaden sterilization laws. A eugenics segregation law passed in Alabama in 1919 made it legal for mental health facilities to sterilize inmates without their informed consent or to require it as a condition of release from the facility. Such practices continued until three 1974 court cases successfully struck them down. These cases, spurred by a new commitment to women’s rights, prompted national policy changes.

About the Author
Gregory Michael Dorr took his AB from Dartmouth (1990) and his PhD from the University of Virginia (2000), where he was an instructor in history. After five years as assistant professor of history at the University of Alabama, Dorr joined the Center for the Study of Diversity in Science, Technology, and Medicine at the Massachusetts Institute of Technology, where he remains a visiting scholar. He has published on eugenics and scientific racism in the American Journal of Legal History, the Journal of Southern History, the Bulletin of the History of Medicine, and the Journal of the Gilded Age and Progressive Era. His book,Segregation’s Science: Eugenics and Society in Virginia, is forthcoming from the University of Virginia Press. He is currently working on a short book, tentatively entitled Poor Women, Poor Choices: Coercive Sterilization, Reproductive Rights, and the Legacy of Relf v. Weinberger. He can be reached via email. 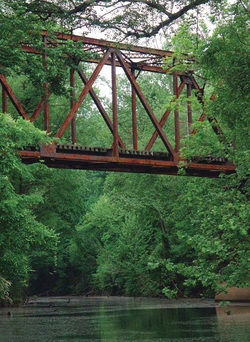 This 1905 Holt Bridge is the last of its kind
in eastern Tuscaloosa County
(Nancy Callahan)
Places in Peril: Alabama’s Endangered Historic Landmarks for 2007

By Melanie Betz Gregory
With Robert Gamble and David Schneider

The Alabama Historical Commission, the Alabama Trust for Historic Preservation, and Alabama Heritage magazine have partnered once again to present a new list of eleven historic sites in that are in danger of being destroyed. Join us to read of new areas in need of preservation statewide, including the South Perry Street Historic District in Montgomery, the Edgewood Community in Homewood, Sunny Slope in Auburn, Barclift Inn in Blountsville, the Aircraft Hangar at Gragg Field in Clanton, old iron and steel truss bridges (statewide), the 1910 Bibb County Jail in Centerville, the Winterboro High School in Winterboro, the St. Clair Springs Historic District, the old Church of the Epiphany in Guntersville, and the Carraway House in Birmingham.


Additional Information
To get involved:

About the Author
Melanie Betz Gregory joined the staff of the Alabama Historical Commission in the fall of 1989. A native of Illinois, she holds a BA in art history from Western Illinois University and an MA in architectural history and historic preservation from the University of Virginia. Gregory is currently working with the Endangered Properties program. She was assisted in this effort by Robert Gamble, the Senior Architectural Historian for the Alabama Historical Commission, and David Schneider, a historic preservationist from Anniston.

When Howard College student Faye New failed to return home one August evening in 1934, a search began for her body. The boys she was with that night were called in for questioning, and one went on trial. The theatrical performances of the lawyers and lack of evidence during trial made the case highly publicized and controversial, and the young man went free. Faye New’s murder remains unsolved.

About the Author
Pamela Jones is a freelance writer and researcher based in Birmingham. Her particular areas of interest in Alabama history are true crime and the state between the two world wars. She is a history instructor at a Birmingham college and writes corporate histories.
Back to Top 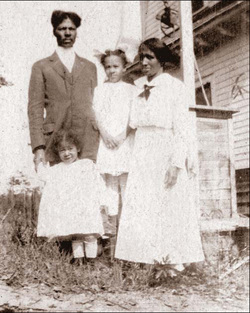 The article “William Benson and the Kowaliga School” by Leah Rawls Atkins and Michael Sznajderman featured in Alabama Heritage, Spring 2005 (#76) issue, recounted the story of an African American man from Alabama who built an extraordinary school and industry to elevate the opportunities for black residents of Tallapoosa and Elmore Counties in the early twentieth century. Recently, Peter Byrd of Douglasville, Georgia, the great-grandson of James Andrew Dingus, principal of The Kowaliga Academic and Industrial Institute from 1916 to 1919, shared rare photos with us, documenting the school and its teachers.

About the Author
Donna L. Cox is the editor-in-chief of Alabama Heritage. Leah Rawls Atkins retired in 1995 as the director of the Auburn University Center for the Arts & Humanities. She continues to be active in the field and was awarded the Auburn Alumni Association's 2004 Lifetime Achievement Award and elected in 2007 to the Alabama Academy of Honor. Michael Sznajderman, a former news writer and editor, now works in corporate communications for the Alabama Power Company. 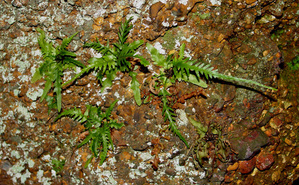 Miss Julia Tutwiler’s adventurous personality caused her to stumble upon a hybrid fern in deep in the Havana Glen in 1873. While the hybrid species was interesting, the fact that it had managed to render itself both fertile and self-perpetuating by doubling its own chromosome count caused quite a stir in biology circles of the 1930s. Davenport recounts his journey to the heart of the glen with the mission of renaming the world’s rarest fern.

Past Presidents, the Civil War, and the Great Depression return to the spotlight in two influential books by great historians William E. Leuchtenburg and James M. McPherson. Leuchtenburg’s The White House Looks South and McPherson’s This Mighty Scourge: Perspectives on the Civil War discuss the leaders during important times of crisis in our nation’s history.

About the Author
Stephen Goldfarb holds a PhD in the history of science and technology. He retired from a public library in 2003.﻿
Back to Top