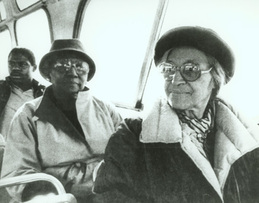 Rosa Parks
Rosa Parks: “One of Many Who Would Fight for Freedom”

Rosa Parks earned her place in history due to courage, determination, and the contributions of a host of others who set out to change the world. In the time when Jim Crow was prevalent and the “separate but equal” doctrine had failed miserably, Parks stood her ground by refusing to give up her seat to a white man on bus 2857 one December afternoon in downtown Montgomery. Parks was a civil rights activist before she became the poster child for freedom, and her stance only acted as a catalyst for more movements.

Additional Information
For those interested in the response of Montgomery’s Jewish community to the bus boycott of 1955–1956, Mary Stanton’s The Hand of Esau: Montgomery’s Jewish Community and the Bus Boycott was released by River City Publishing in 2006.

About the Author
Wayne Greenhaw’s book, The Thunder of Angels: The Montgomery Bus Boycott and the People who Broke the Back of Jim Crow was written with Donnie Williams and published by Lawrence Hill Books. Greenhaw has been called “one of the best-ever writers of narrative” by Harper Lee, “the best writer to come out of Alabama since Harper Lee” by Winston Groom, and “simply one of the best writers in America” by Fannie Flagg. The author of eighteen books of fiction and nonfiction, Greenhaw’s work has also been featured in publications such as the New York Times, the Miami Herald, and Reader’s Digest.
Back to Top 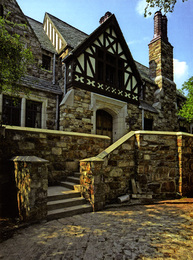 A team of masons, carpenters,
and other workers have labored
for two years on the restoration
(Robin McDonald)
Restoring Chaucer Hall: Birmingham’s Swann-Coleman House

Perched on the summit of Red Mountain, the Swann-Coleman house is a surprising example of Old World craftsmanship in the New South. Once known as the grandest residence in Birmingham, the house had deteriorated when it was bought by current owners Daniel and Brooke Coleman. The Swann-Coleman house is now nearing completion on an exterior restoration begun in 2005.

About the Author
Ann Beaird works as a certified welder, carpenter, and restoration artist for Brice Building Company in Birmingham, Alabama. She received her formal training from the University of Montevallo where she earned a B.F.A. with concentrations in sculpture and ceramics. This experience and education is where she credits her ability to combine art and construction. Ann has worked on several restoration projects, both for Brice and independently, including the Swann house, Sybil Temple, and the Chambers County Courthouse. In her spare time, Ann operates a pottery studio in Oneonta and produces dinnerware and decorative pots. She has exhibited her work at Bare Hands, Naked Art, and several state art festivals. Her pottery is widely collected around the United States, England, and Japan. Ann lives in Oneonta where she is building a passive solar house and trying to get the hang of gardening.
Back to Top 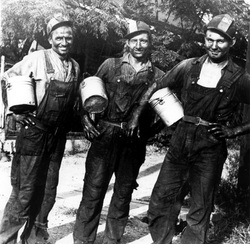 A quiet farming village until the opening of its mines in 1886, Brookside emerged as a key player in the Sloss Company’s mining empire in the late nineteenth century. The mines attracted new settlers, some more desirable than others, and by 1900 Brookside had earned a well-deserved reputation as a lawless town. But the real spirit of Brookside was defined by its miners—hard-working Slovak immigrants whose influence on the small Alabama town can be seen to this day.

About the Author
Pamela Jones is a freelance writer and researcher based in Birmingham. Her particular areas of interest in Alabama history are true crime and the state between the two world wars. She is a history instructor at a Birmingham college and writes corporate histories.

Changes arising from post–Civil War Reconstruction placed many formerly Democratic counties under Radical Republican control. Stephen S. Renfroe occupied many roles throughout this chaotic time: Confederate army deserter, Klan leader, and even sheriff before being hung for his most infamous occupation of all: outlaw. The allure of Renfroe’s ability to uphold order by day and turn rogue by night is the stuff of legends around Sumter County.

Additional Information
The following articles in the Encyclopedia of Alabama will also be of interest:
About the Author
Paul M. Pruitt Jr. is Special Collections Librarian in the Law School of the University of Alabama. This article was based largely on William Warren Rogers and Ruth Pruitt, Alabama’s Outlaw Sheriff, Stephen S. Renfroe (Tuscaloosa: University of Alabama Press, 2005). This edition is a reprint of the 1972 Rogers and Pruitt biography with a new introduction by Paul M. Pruitt Jr.

For their hospitality, knowledge, and kindness, the authors thank Mr. and Mrs. Albert T. Fuller of Livingston. For research assistance and encouragement they thank Dr. Neil Snider of the University of West Alabama and Juliet R. Pruitt, Mary Ruth Pruitt, and Paul M. Pruitt Sr. of Tuscaloosa.

William Warren Rogers Sr. is the author or coauthor of a number of works, including The One-Gallused Rebellion: Agrarianism in Alabama, 1865–1896; August Reckoning: Jack Turner and Racism in Post–Civil War Alabama, and others. All are available from the University of Alabama Press.
Back to Top 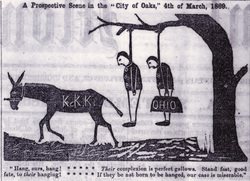 This woodcut, first printed in Tuscaloosa
is the most famous political cartoon
to come out of the Reconstruction
Alabama Treasures
A Homecoming

Oil Portraits of Methodist minister Arad Lakin and his wife Achsah Lakin have been returned to Alabama, and now hang in the Methodist archives at Birmingham-Southern College. The Lakins were assigned to Alabama to reestablish the traditional Methodist Church in the South after the Civil War. Though appointed president of the University of Alabama, Lakin was denied access. Being a Yankee and a Republican, he barely escaped town with his life.

Additional Information
The following articles in the Encyclopedia of Alabama will also be of interest:
About the Author
An occasional contributor to Alabama Heritage, G. Ward Hubbs is an associate professor at Birmingham-Southern College and archivist for the North Alabama Conference of the United Methodist Church. He is currently working on a book about the famous block print imagining Lakin being lynched. 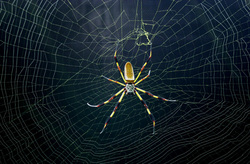 A visible cottony web etched in golden thread may seem like a lovely throw pillow design, but when it happens to be three feet in length and hanging in trees in tropical areas, travelers ought to keep their eyes peeled. The artists of these webs are the Golden Silk Orbweavers and they are moving further north. Larry Davenport explains how these spiders may be predicting changes in climate.

Additional Information
The following articles in the Encyclopedia of Alabama will also be of interest:
About the Author
Larry Davenport is a professor of biology at Samford University, Birmingham. 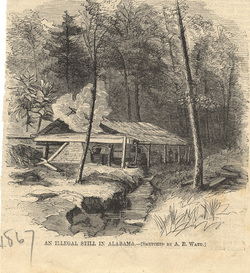 A decade after the Civil War’s end, life remained difficult for Alabamians in their struggle to rebuild. Small towns such as Sardis and Happy Hill used liquor stills, both legal and illegal, to provide much-needed income for their communities. Regulating these stills was a thankless, and often dangerous, job as federal revenue agent Holman Leatherwood discovered in the summer of 1875.

Additional Information
The following items in the Encyclopedia of Alabama will also be of interest:
About the Author
Pamela Jones is a freelance writer and researcher based in Birmingham. Her particular areas of interest in Alabama history are true crime and the state between the two world wars. She is a history instructor at a Birmingham college and writes corporate histories.

Back to Top
Recollections
Buford Boone: To Stand on Principle

After Autherine Lucy’s failed attempt to integrate the University of Alabama, Buford Boone, Tuscaloosa News editor, wrote an editorial criticizing the mob violence that had taken place on campus and the university’s response to it. “What a Price for Peace” thrust Boone into the national spotlight and earned him the Pulitzer Prize for editorial writing in 1957. He became the South’s moderate voice in the civil rights movement, a role that won him both enemies and supporters.

About the Author
Katie Cole is an assistant editor at Alabama Heritage. She holds a B.A. in English and will receive her M.A. in journalism in May 2008 from the University of Alabama.
Back to Top
Reading the Southern Past
Medical Distinctiveness of the South

Molly Caldwell Crosby and Alan Kraut have both published books targeting disease in the South and its effect on society. Crosby’sThe American Plague: The Untold Story of Yellow Fever, the Epidemic that Shaped Our History relates the battle against yellow fever epidemics in America and Cuba and Kraut’s Goldberger’s War: The Life and Work of a Public Health Crusader describes the conquest of pellagra in the rural South.