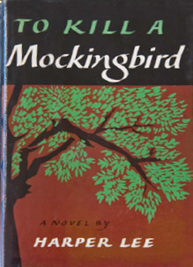 Universal Values: The Enduring Legacy of To Kill a Mockingbird

In conjunction with the fiftieth anniversary of the publication of Harper Lee’s bestselling book To Kill a Mockingbird, noted historian Wayne Flynt revisits the novel, considering its famous characters, its private and reserved author, and its prodigious effect on readers worldwide. Today, the book remains one of the most frequently read texts of our time, likely because of its continued relevance and its treatment of the timeless themes of morality, justice, and growing up. Despite its popularity, the book has incited some controversy for its treatment of race and questions concerning its authorship. Flynt skillfully traces the novel’s creation, explores the depths of its message, and reviews the reception it has received through the last half-century, detailing the multi-faceted issues surrounding this complex and compelling text.

Additional Information
The following articles in the Encyclopedia of Alabama will also be of interest:
Multimedia:
About the Author
Wayne Flynt, a sixth-generation Alabamian, grew up in towns across Alabama, but considers Anniston home. After completing his undergraduate education, majoring in history and speech at Samford University, he completed his PhD at Florida State University. He taught for twelve years at his alma mater before becoming chair of the History Department at Auburn University in 1977. He taught for twenty-eight years at Auburn, retiring in 2005. Of his twelve books, two discuss Florida politics, three discuss white poverty, and two religion; eight discuss Alabama. Flynt has won numerous awards for writing, teaching, outreach, and public service. He has lectured around the world on To Kill a Mockingbird. 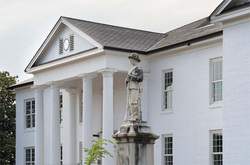 Tucked about an hour’s drive from Birmingham, the historic city of Ashville remains one of Alabama’s lesser-known treasures. First settled by Native Americans, Ashville takes its name from its first white residents, the John Ash family. Over the generations, the city has struggled to maintain its relevance in an increasingly modernized and urbanized world, but today, Ashville boasts a lovely balance of the historic and the contemporary. Margaret Clevenger recounts the city’s history and the ways its inhabitants are creating a modern city while retaining the small-town charm of Ashville's historic past.

About the Authors
Margaret Clevenger is a freelance writer living in Tuscaloosa. Her work has been published in several newspapers and magazines, including Jubilation, Mississippi Magazine, the Montgomery Advertiser, Pennsylvania Magazine, Southern Lady, the Tuscaloosa News, and Tuscaloosa magazine. This is the first time her work has appeared in Alabama Heritage. 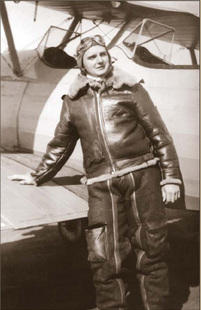 As America entered the Second World War, it experienced a dramatic increase in its need for military personnel—and in places to train those personnel. Thanks to its location, Alabama hosted numerous military training facilities, particularly airfields. Author Thomas Ress chronicles these airfields and their effects on the war effort and on Alabama itself. Although many of the facilities no longer remain active, they helped shape the outcome of the war, the landscape of our state, and even the lifestyles of some of its people. The influx of military personnel often caused quite a stir in Alabama’s towns, and Ress explores the lasting connections some visitors forged with the state and its residents.

About the Author
Thomas V. Ress resides in Athens, Alabama. He is a freelance writer and has been writing for sixteen years. He has had over one hundred articles published in numerous magazines, newspapers, and websites including SKI, Backpacker, Blue Ridge Country and others. His article “Five Hours at Sulphur Trestle Fort” appeared in the Spring 2008 issue of Alabama Heritage. Ress grew up in southern Indiana and received his undergraduate degree from the University of Evansville and his master’s in business administration from Eastern Kentucky University. He currently does consulting work for the federal government.The author would like to thank Mr. Brian Rehwinkel for his valuable input to this article.

Errata
Thanks to the alert subscriber who pointed these out. 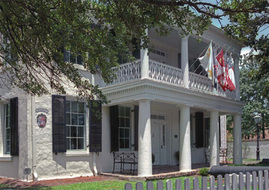 Situated near Fort Condé, Mobile’s Condé Charlotte Museum House boasts a complex and often mysterious history. In 1957 the National Society of Colonial Dames in the State of Alabama purchased the house and began efforts to restore and preserve it. Eventually, they opened the site as a museum of Mobile’s history. However, along the way, preservationists realized that the house’s history held more layers than originally thought. Researchers know the house has been used as a residence, an office, and a boarding house. However, archaeologists have also found evidence to suggest that some part of the structure may once have formed a city jail, and it possibly even constituted part of a magazine for nearby Fort Condé. Laura Rogers and Elizabeth Wade explore the mysteries surrounding this fascinating historical treasure, and archaeologist Bonnie Gums details the current research being conducted on the site.

Additional Information
To learn more about the ongoing efforts to uncover the history of the house, or to explore its collections, visit the Condé Charlotte Museum House at 104 Theatre Street, Mobile, Alabama 36602. The house is open from 10:00 a.m. until 4:00 p.m., Tuesday–Saturday. For more information, call 251-432-4722.

About the Author
Laura Jane Poole Rogers is proud to have grown up in Eutaw, the heart of the Blackbelt of Alabama. After briefly attending the University of Alabama, she married Dr. David Rogers. While and after raising four children with her husband, Laura attended the University of South Alabama (USA) in Mobile, Parsons School of Design in NYC, and the University of Southern Mississippi (USM) earning a BA and MA from USA and a PhD in Communication from USM. She divides her time between communication and historical research, exercising, reading, writing, teaching at USA, preservation activities related to CCMH, and family and friends. She is co-chairperson of the Condé Charlotte Museum House board of directors.

Elizabeth Wade serves as an assistant editor for Alabama Heritage and is a PhD candidate in American literature at the University of Alabama. Her recent work appears in or is forthcoming from such journals asPoet Lore, the Oxford American, and Arts and Letters. She is currently working to establish an archive of materials related to Alabama fortune-teller Rena Teel. 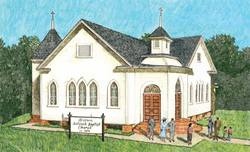 By Frazine Taylor and Dorothy Walker 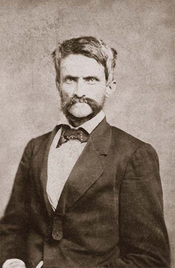 In the latest installment of "Becoming Alabama," Joseph Pearson illuminates the cultural divide between Creeks and white settlers as the territorial governor contemplated the appropriate reaction to an intratribal murder in 1810. Megan Bever continues to trace the events leading up to the 1860 presidential election, focusing this quarter on the Baltimore Convention and the Constitutional Unionists. And Matthew Downs looks at 1960 and the connection of the American civil rights movement to liberation efforts in several African nations. As always, we include a calendar of scheduled "Becoming Alabama" events.

About the Author
Joseph W. Pearson is currently a PhD student in the Department of History at the University of Alabama. His research interests include the nineteenth-century South, antebellum politics, and political culture.

Matthew L. Downs is a PhD student in the Department of History at the University of Alabama. His dissertation investigates the federal government’s role in the economic development of the Tennessee Valley. 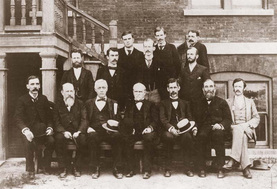 Naturalist Larry Davenport weaves an entertaining and informative tale of the rivalry of two botanists, Charles T. Mohr and Patrick H. Mell. One held a PhD; the other was a freshman student. One had ties to the University of Alabama; the other attended Auburn’s Agricultural and Mechanical College. When both men produced chronicles of Alabama’s plant life, the ensuing controversy produced an intensity normally reserved for the gridiron.

Additional Information
We thank a subscriber from Auburn for making us aware of the many accomplishments of Patrick Mell (who took a good-natured ribbing in this piece). He tells us that Mell received two honorary doctoral degrees, one from the University of Georgia and the other from the University of South Carolina. He further writes,

"Always concerned about the practical application of scientific knowledge, Mell had many interests as an academician, including geology and climatology, to both of which he made important contributions. Since Auburn had the first chair of biology in the South and also pioneered in laboratory instruction in the region, Mell authored, ‘Biological laboratory methods’ (1892) and ‘Botanical laboratory guides’ (1895). His work as botanist included ‘Wild grasses of Alabama’ (1886) and ‘Grasses and their cultivation’ (1889). Nevertheless, his chief interest as a botanist was in the cotton plant, about which he wrote the following treatises: ‘Microscopic study of the cotton plant’ (1890); ‘Climatology of the cotton plant’ (1893); and ‘Hybrids from American and foreign cotton’ (1897). In 1900 . . . Mell . . . won a gold medal for his work on cotton from the Paris Exposition. In 1902 Mell began a distinguished career as president of Clemson College, and he drew on the experience to write ‘Administrative methods in American colleges.’"Alabama Heritage hopes to give Dr. Mell his due in a future article.

About the Author
Larry Davenport is a professor of biology at Samford University in Birmingham, Alabama.
Back to Top 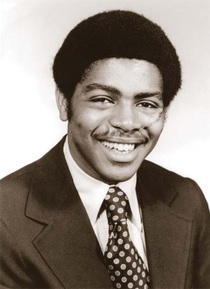 Editor’s Note: The Alabama Oral History Project is a joint project of the Summersell Center for the Study of the South and W. S. Hoole Special Collections Library, both at the University of Alabama. The project is funded through a grant from the Watson-Brown Foundation.

This quarter the Alabama Oral History Project visits with Cleo Thomas of Anniston. Thomas, the first African American SGA President at the University of Alabama, recounts his election to that office and updates readers on the subsequent stages of his life.

About the Author
Daniel Menestres is nearing completion of his PhD in history from the University of Alabama.

Back to Top
Reading the Southern Past
Lincoln and Davis: New Examinations

In his latest review, Stephen Goldfarb considers the Civil War’s great leaders. Tried By War: Abraham Lincoln as Commander in Chief (Penguin Press, 2008) by James M. McPherson presents the effects of the war on Lincoln’s presidency. In Jefferson Davis and the Civil War Era (Louisiana State University Press, 2008), William J. Cooper follows Davis’s preparation for war and performance in it. Taken together, these texts offer a compelling counterpoint, revealing intimate glimpses of the men who led America’s divided populace.