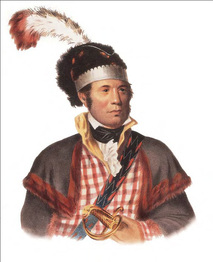 Starting in the 1820s, the removal of Creek Indians from their territory threatened to destroy their nation and, for many Creeks, their lives. After the Creek War ended, the Creeks lost substantial territory to the U. S. and in the decades following were further squeezed and driven out by squatters and corrupt land schemers. In 1836, President Jackson authorized the forcible removal of Creeks from Alabama, effectively dissolving the Creek Nation’s presence in the state. 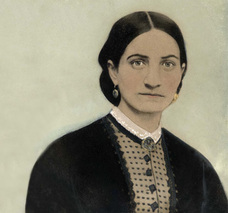 About the Author
Jessica Fordham Kidd is a native of Coker, Alabama. Assistant director of the First Year Writing program and instructor in the English department at the University of Alabama, Jessica holds a BS in geology and a MFA in creative writing, both from the University of Alabama. Her article “Fort Morgan: Guardian of the Bay” appeared inAlabama Heritage #87. 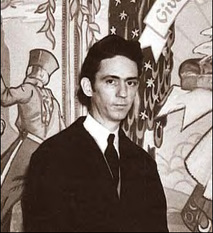 As America’s involvement in World War II became imminent, Alabamians found much-needed distraction in the 1939 State Fair and its Historical Panorama of Alabama Agriculture. Featuring ten colorful paintings by Mobile native John Augustus Walker, the exhibit highlighted the prosperity and promise of Alabama’s agricultural pursuits. The paintings illuminated many aspects of agrarian Alabama, from the livestock contributions of Spanish explorers to the advent of new technologies like tractors and electricity.

Additional Information
The following articles in the Encyclopedia of Alabama will also be of interest:
About the Author
Bruce Dupree is an art director with the Alabama Cooperative Extension System at Auburn University. Responsibilities with Extension include illustration, photography, and graphic design. He was the recipient of the CASE Gold Award for Illustration, and his work has been recognized by professional organizations across the country, including the Society of Illustrators. Dupree's freelance clients include the National Academy of the Sciences, the American Red Cross, Mississippi Gulf Coast Tourism, and the Professional Golf Association (PGA). Dupree has also illustrated seven children's books. Dupree received an M.A. in illustration from Syracuse University, an M.F.A. in graphic design from the University of Memphis, and a B.F.A. in art from the University of Alabama. He divides his time among his academic responsibilities, artistic ventures, and family life. The father of two teenage children, Dupree teaches 4th grade Sunday School, enjoys playing the drums, and likes spending time with his family. He lives in Auburn, Alabama. 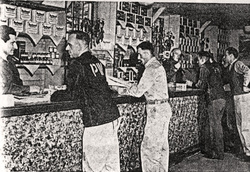 During World War II, Fort McClellan, Alabama, housed over three thousand German POWs. Through the ingenuity of the prisoners and the generosity of their captors, the camp became a model facility for the humane treatment of enemy soldiers. During their captivity, the prisoners performed labor services for the Americans and participated in sports and the arts in their leisure time. The POW experience at Fort McClellan reveals a true oasis of humanity in a war often without mercy.


Additional Information
See the Alabama Heritage article about German POWs from our Winter 1988 issue.
Fort McClellan
The following articles in the Encyclopedia of Alabama will also be of interest:
Multimedia:

About the Author
Daniel Hutchinson is a PhD student at Florida State University in Tallahassee, Florida. Originally hailing from Hanceville, Alabama, in 2005 Daniel received his Master of Arts degree from the University of Alabama-Birmingham, where he defended a thesis on the German prisoner-of-war experience in Alabama. 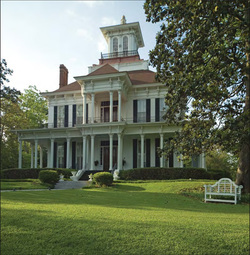 Italianate-style architecture flourished in Alabama from 1850 to 1885, leading to the construction of homes and commercial buildings with features such as cupolas, eaves, moldings, and verandas. Although many of these structures were later destroyed or remodeled, several excellent examples of the architectural style still grace the state’s landscape.

About the Author
Melanie Betz Gregory, an architectural historian for the Alabama Historical Commission, is a standing co-editor of the “Southern Architecture and Preservation” department of Alabama Heritage. She wishes to thank Robert Gamble for his invaluable input. 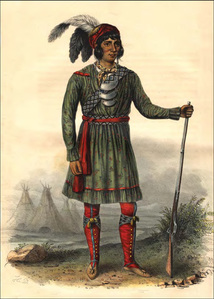 On the day of his 1838 death, Alabama native Osceola, a leader in the fight for Native American rights, wore a decorative garter. Scholars have begun studying the garter, now held at the Alabama Department of Archives and History, to learn about its composition and what that composition reveals about the everyday lives of Native Americans.

About the Author
Based on “Osceola’s Garter: An Analysis of a Nineteenth Century Native Textile,” published in The Florida Anthropologist. The authors are all at the University of Alabama: Mary Spanos is a PhD student in the Department of Anthropology, and Virginia Wimberley and Amanda Thompson are Associate Professors in the Department of Clothing, Textiles, and Interior Design. 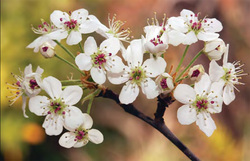 Introduced in 1963, the Bradford Pear was designed as a sterile, decorative tree suitable for planting in nearly any locale. Nature, however, had other ideas, and today, the original Bradford Pear remains a plant with a mind—or at least a reproductive cycle—of its own.

Several recent texts explore the slave trade in America. The Wanderer: The Last American Slave Ship and the Conspiracy that Set Its Sails (St. Martin’s Press, 2006), by Eric Calonius, follows the journey of one boat as it traveled to America in 1858. Ron Soodalter’s Hanging Captain Gordon: The Life and Trial of an American Slave Trader (Atria Books, 2006) chronicles the fate of one slave ship captain, Nathaniel Gordon. The life of an African community is commemorated in Sylviane A. Diouf’s Dreams of Africa in Alabama (Oxford University Press, 2007). Read together, these volumes offer a more complete view of the slave trade and the people involved in it.