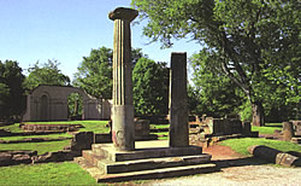 William Nichols, an English-born architect who practiced in the South in the first half of the nineteenth century, did much to shape our ideas about what a state capitol should look like. In February 1827 the Alabama Legislature selected him as the building superintendent and architect for the new capitol. When he arrived in Tuscaloosa in the spring of 1827, he was forty-seven years old and at the height of his creative powers. But Tuscaloosa’s days as the seat of government were numbered, for social and political forces were shifting the center of population and the balance of political power to the central part of the state. Nichols used architecture to express the ideals of the young republic and, though his statehouses in North Carolina, Alabama, and Mississippi have long ago been replaced, he made an indelible contribution to the development of this uniquely American building type.
Buy This Feature
Additional Information
The following items in the Encyclopedia of Alabama will also be of interest:

About the Author
Robert O. Mellown, a professor of art history at the University of Alabama and an authority on Alabama art and architecture, is a frequent contributor and editorial advisor to Alabama Heritage.

Errata
• In our article “Variations on a Capitol Plan,” a caption on page 8 reads “The remains of Alabama’s second capitol stand as a reminder of the past inTuscaloosa’s historic district.” While the caption is correct, it has caused some confusion. Tuscaloosa was Alabama’s third “capital” (seat of government), but the second capital to have a “capitol” (building housing a legislature). As capital,Tuscaloosa was preceded by St. Stephens and Cahawba. No permanent legislative building was constructed at St. Stephens.
Back to Top 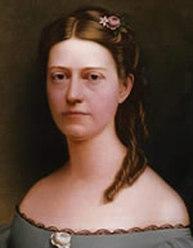 Born in Marion, Alabama, in 1840, Julia Zitella Cocke was the oldest of eight children. At the age of seven, Zitella had completed her first poem. She attended and later taught at the Judson Female Institute. By age fifty, Cocke had made a name for herself as a writer and moved to Boston, Massachusetts. The city’s numerous magazines and newspapers offered Zitella rich publishing opportunities. Southerners, however, did not buy many of her books, despite favorable criticism in Alabama newspapers. When a publisher asked her about this, she replied, “You have taken the living of the South, how can you expect her to buy books!” Though largely forgotten today, she published three books of poetry, and her poems and essays appeared frequently in magazines. When she returned to Alabama a frail and elderly woman, she was honored by the state legislature and the literary community as a prominent poet and a worthy Alabamian.

About the Author
Jennifer L. Beck received a B.A. in History from Judson College and a Master of Liberal Arts degree from Auburn University Montgomery. She currently works as an assistant in the University of Alabama at Birmingham Archives. Exposed to stories about Zitella Cocke as an undergraduate at Judson, she became more interested in Cocke as a student employee at the Alabama Department of Archives and History when she prepared Cocke's personal papers for researchers. Beck's research on Cocke's life led to collections in archives and libraries throughout Alabama, Virginia, Illinois, North Carolina, and Massachusetts and resulted in a master's thesis.
Back to Top

The dining hall was designed to foster community
(Robin McDonald)
Where There's a Will: The Story of Indian Springs School

In 1930 Harvey G. Woodward, a childless Birmingham millionaire, left the bulk of his fortune—nearly seven and a half million dollars—to endow an educational foundation he hoped would improve life in Alabama by creating quality private schools for average boys. Woodward’s vision stalled for nearly two decades while his widow, and later two members of the foundation’s board of governors, contested the will, which was encumbered with numerous eccentric provisos. Finally, in 1947 the Alabama Supreme Court ruled the remaining funds from the trust were to be used to set up a single school. This would become the Indian Springs School. Louis Edgar Armstrong, the man hired to make Woodward's dream a reality, had no intention of quietly going along with restrictions he believed were wrong. Within a few years of its opening, this small experimental school would attract national attention for its faculty’s maverick approach to secondary education.
Buy This Feature
Additional Information
The article was based primarily upon local newspaper coverage of the Woodward will, ensuing court hearings, and documents of the school's early years from the school's archives. The Birmingham Public Library's Tutwiler Collection of Southern History has newspaper clipping files on Harvey G. Woodward and the school. The Tutwiler Collection also owns an extensive collection of works on twentieth-century Birmingham.

The following article in the Encyclopedia of Alabama will also be of interest:

About the Author
Pamela E. Jones received her master's degree in history from the University of Alabama at Birmingham in 2004. She is primarily interested in early nineteenth-century Alabama and Alabama between the two world wars. She is a former feature writer and reporter with newspapers in Alabama, Louisiana, and Tennessee. She has a historical research and writing firm, The History Connection, based in Birmingham.

Errata
• On page 29, the reference to P. K. Benrimo should have been P. J. Benrimo.
Back to Top 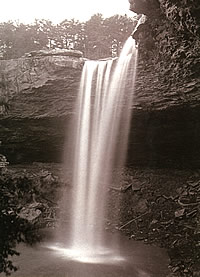 For twenty-five years state geologists tramped the woods and riverbanks of post-Reconstruction Alabama, capturing landscapes and lifestyles that have now faded. Frances Osborn Robb presents a selection of photographs from a new exhibit, Science into History: The Photographs of Eugene Allen Smith and the Geological Survey of Alabama. Taken between 1885 and 1910 by Dr. Eugene Allen Smith and his GSA associates, the photographs recall a moment in time when the state’s abundant natural resources were being used in early industrial endeavors.

Buy This Feature
Additional Information
For further reading, see In View of Home: Alabama Landscape Photographs, by Frances Osborn Robb (Huntsville Museum of Art), her essay "'Engraved by the Sunbeams': Alabama Photographs 1840-1920," in Made in Alabama: A State Legacy, (Birmingham Museum of Art), and "Eugene Allen Smith and the Geological Survey of Alabama," by John C. Hall and Frances Osborn Robb, in Alabama Heritage (Issue 33, Summer 1994).

About the Author
Frances Osborn Robb, a Birmingham native, is a museum consultatn, particularly in the area of historic Alabama photographs. She curated the award-winning 1989 traveling exhibition In View of Home: Alabama Landscape Photographs and was historic photographs curator of the 1995 exhibition Made in Alabama: A State Legacy. She is currently completing a book, Shot in Alabama: A History of Photography in a Deep South State, 1839-1941

Since 1988, Robb has researched the photographs of Dr. Eugene Allen Smith and the Geological Survey of Alabama. In 1903-1904, as part of an Alabama Museum of Natural History project funded by Dr. Smith's granddaughter Marguerite Turner Smith, she reconnected the photographs to their original documentation. For their assistance and support, Robb thanks the Geological Survey of Alabama, Alabama Museum of Natural History, Hoole Special Collections, University of Alabama Libraries, Dr. Douglas E. Jones, and Dr. John Hall.
Back to Top

In October, 1948, a group of four Quakers were arrested for refusing to participate in the military draft. Though they were released four months into their sentence, these conscientious objectors decided that they were no longer welcome in the United States; accordingly, they decided to move to Costa Rica, where they would establish a settlement that would preserve their way of life and ultimately lead to the creation of the Monteverde Biological Cloud Forest Reserve.

Additional Information
The following articles in the Encyclopedia of Alabama will also be of interest:
About the Author
Jeff Gunderson is a writer who currently lives in Portland, Oregon.
Back to Top 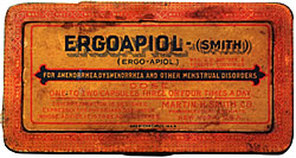 The fungus ergot has historically served as both a medicine and a poison. Medicinally, it has been used to ease the pain of childbirth. Consumed unawares, however, ergot can lead to convulsions and gangrene--conditions that may be linked historically to such phenomena as the ignis sacer (holy fire) of the Middle Ages and the manifestations reported in accused witches of a later period.

Additional Information
The following article in the Encyclopedia of Alabama will also be of interest:
About the Author
Larry Davenport is a professor of biology at Samford University, Birmingham.
Back to Top