​Alabama's Monuments Man: Robert K. Posey and the Quest for the Ghent Altarpiece

by Paul A. Harris

​As World War II (WWII) progressed, a small group of American military personnel was assigned an unusual task: to protect and secure Europe’s works of art from Nazi theft or destruction. One of the key figures in that group was Alabama native Robert K. Posey, whose skill and training—and a bit of luck—helped save a number of significant paintings, sculptures, and other artistic treasures from the Nazis. The original “Monuments Men” on which the recent Hollywood movie was based, these men, led by Posey, secured such treasures as the Ghent Altarpiece, Michelangelo’s Bruges Madonna, and Vermeer’s The Astronomer.
Buy This Feature
About the Author
Paul A. Harris, professor of political science and associate director of the Honors College at Auburn University, first learned about Robert Posey while he was researching the US Army’s occupation of Germany following the Second World War. Searching through military records, Harris came across official reports from monuments officers serving in the occupation who were tasked with restituting the art stolen by the Germans as well as protecting German-owned art. Harris was astonished when he discovered that in addition to feeding and housing millions of Germans, displaced persons, and Holocaust survivors, the US Army also took on the awesome responsibility of repatriating priceless works of art that were looted during the war. Working closely with the surviving members of Posey’s family and the staff of the Monuments Men Foundation, and utilizing official military records, Harris reconstructed Robert Posey’s time as a monuments man. Posey’s story is one in which all Alabamians can take a great deal of pride.

​Although mostly known today to the common visitor as a charming small town, Eufaula holds an important place in American history. Thanks to a significant group of individuals known as the Eufaula Regency, the city served as a secessionist stronghold in the years leading up to the Civil War. Men associated with the regency served across the state in government offices, including that of governor; they also moved into positions across the south as states considered—and acted on—secession. Throughout the events leading up to and encompassing the Civil War, the Eufaula Regency’s influence shaped the South and even the nation.

Buy This Feature
​About the Author
Mike Bunn is a public historian who has worked with a variety of cultural heritage institutions in Alabama, Mississippi, and Georgia during his career. He currently helps direct the operations of Historic Blakeley State Park in Spanish Fort, Alabama. Bunn is active with several state and national historical organizations and serves as editor of Muscogiana, a local history journal published by the Muscogee County (Georgia) Genealogical Society. Mike is the author of several books and numerous articles on the colonial-era, antebellum, and Civil War South, which give particular attention to its numerous historic sites. Material for this article was taken from his recent book, Civil War Eufaula. Mike lives in Daphne with his wife, Tonya, and daughter, Zoey.
Back to Top 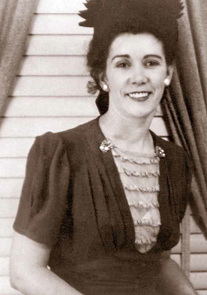 ​As a young girl in Alabama, Sue Mosley Pickett showed early talent for writing, leading her father to tell her siblings that she was not cut out for intense physical work. Pickett’s writing served her and her family well throughout the Great Depression, when she and her husband traveled the country in search of a prosperity that did not seem to exist. Pickett contributed by writing, first as a newspaper columnist, then later as a memoirist chronicling the family’s experiences and the plight of those around them. Pickett’s memoir, The Path Was Steep: A Memoir of Appalachian Coal Camps During the Great Depression, offers a poignant and forthright depiction of the era and its people, who strove to overcome the numerous difficulties of their circumstances.
Buy This Feature
About the Author
Faye Gibbons is a history and English graduate of Berry College. Born in Georgia, she has lived in Alabama since marrying an Alabamian several decades ago. She is the author of fourteen published books, including fiction and nonfiction. Her first book, Some Glad Morning, was selected as the Georgia Children’s Book of the Year by the Dixie Council of Authors and Journalists. Night in the Barn was chosen as a Book of the Year by the Alabama Library Association. Her latest book, Halley, a young adult novel (NewSouth Books 2014), has received the 2015 Jefferson Cup Honor for Historical Fiction, the 2015 Moonbeam Honor for historical fiction, and the 2016 Frank Yerby Fiction Award. She is currently working on another young adult novel with an even earlier historical setting. Gibbons wants to thank all the people who knew Sue Pickett and were willing to share their knowledge. She particularly thanks Pickett’s granddaughter, Victoria Hallman, who perhaps knew Pickett best of all and shared wonderful details of her grandmother’s life.

Additional Information
A copy of Suzanne Pickett’s memoir, The Path Was Steep: A Memoir of Appalachian Coal Camps During the Great Depression (NewSouth Books, 2013), may be purchased at: http://www.newsouthbooks.com/bkpgs/detailtitle.php?isbn_solid=1588382613
For more information about Alabama’s coal mining history, see: http://www.encyclopediaofalabama.org/article/h-1473
For more information about the Great Depression in Alabama, see:  http://www.encyclopediaofalabama.org/article/h-3608
For books by author Faye Gibbons, see:
Some Glad Morning (William Morror & Co., 1982)
http://www.amazon.com/Some-Glad-Morning-Faye-Gibbons/dp/0688010687
Night in the Barn (HarperCollins, 1995) http://www.amazon.com/Night-Barn-Faye-Gibbons/dp/0688133266
Halley (NewSouth Books, 2014) http://www.amazon.com/Halley-Faye-Gibbons-ebook/dp/B00M3IWH0S
Back to Top 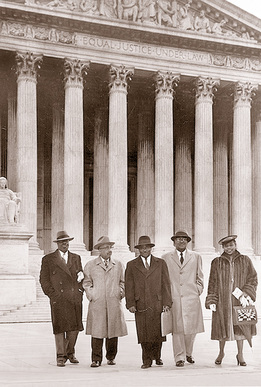 As the civil rights movement progressed, people threatened by the idea of enfranchising African Americans sought to block the movement’s progress in any way possible, even looking for loopholes or creative arguments to advance their case. One advocate for the status quo was attorney general John Patterson, who argued that the NAACP operated in Alabama illegally, since it was based in New York and had not registered in Alabama as an out-of-state organization. Between Patterson’s first argument in 1956, and the eventual reinstatement of the NAACP in Alabama, eight years passed—and several other organizations rose to carry the movement’s work in the interim.

Buy This Feature
About the Author
Scotty E. Kirkland is a research archivist at the Alabama Department of Archives and History. He holds degrees in history and social science from the University of South Alabama and Troy University. He has been a lecturer for the Gilder Lehrman Institute of American History and is active in the Alabama Historical Association, serving as book review editor of the association’s scholarly journal, the Alabama Review, and as chairman of its historical marker committee. This article grew out of his larger book project on politics and race in twentieth-century Mobile. He gratefully acknowledges the unfailing support of David E. Alsobrook, John Hardin, and John Sledge. Kirkland lives in Wetumpka with his wife, Jacqlyn, and their son, John Cauley. 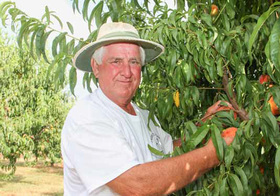 A new focus among consumers on clean eating and local products has benefitted many of Alabama’s farmers. As people take more interest in their food’s origins and treatment, they often seek out smaller, local sources for their food. Alabama’s farmers—including Josh and Beth Hornsby, Larry LouAllen, Backyard Orchards, and Oakview Farms—have benefited from this trend. However, perhaps no one has benefitted more than Alabamians, whose diets and lives are enriched by the local produce of farmers throughout the state.

About the Author
Mary Johnson is the director of news services for the Alabama Farmers Federation and co-host of the regional TV show Simply Southern. Alfa Insurance, sponsor of the “Alabama Makers” department in Alabama Heritage, is a Montgomery-based company committed to providing its family of customers with all of its life, auto, home, farm, and business insurance needs. 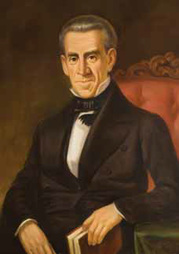 Clement Comer Clay witnessed and shaped many of the significant events in Alabama during the first half of the nineteenth century. He served in all of Alabama’s government branches, working as a legislator and judge prior to his election as governor. After his gubernatorial term, he served in the US Senate. Staunchly confederate in his leanings, Clay died from complications of being imprisoned by the Union Army, even his death a reflection of the issues of his time.

Additional Information
For more information about Clement Comer Clay, see http://www.encyclopediaofalabama.org/article/h-1496
For a copy of Alabama Governors: A Political History of the States, Second Edition, see http://www.uapress.ua.edu/product/Alabama-Governors,5928.aspx
Back to Top 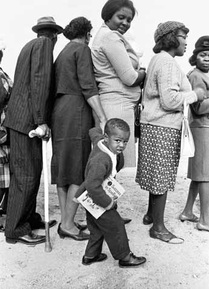 A line of voters in Lowndes County, November 1966.
From the Archives
“A Paper for the People”: The Jim Peppler Southern Courier Photograph Collection

A new acquisition at the Alabama Department of Archives and History (ADAH), the Jim Peppler Southern Courier Photograph Collection offers an insightful view of the civil rights movement through photographs taken at its front lines. The Southern Courier, which published from 1965–1968, included a civil rights emphasis in its mission, which vowed to “help erase the injustices of segregation and prejudice.” Peppler, who joined the newspaper staff as a young photographer, saved his negatives for years, until he found an archive that would help make the images accessible not only to the public but especially to the individuals pictured within them. Luckily, the collection’s new home at the ADAH makes that possible, enriching the entire state with the images, and reminding citizens of the history they encapsulate.

About the Author
Meredith McDonough is the digital assets coordinator at the Alabama Department of Archives and History. 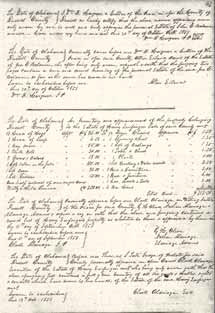 Although genealogy research is often quite challenging, researching African American genealogy poses particular obstacles due to the inconsistent records kept prior to emancipation. Frazine Taylor, herself an archivist, developed several best practices for African American family histories while researching her own family tree. With patience, dedication, and a bit of good fortune, other researchers may meet as much success as Taylor.

About the Author
Jenny Enslen Stubbs graduated from the University of Alabama in 2001 and currently serves as editor of LEAN, a statewide health and whole living magazine published by the Joy to Life Foundation. Department editor Elizabeth Crabtree Wells is the processing archivist and special collection librarian at Samford University Library in Birmingham, Alabama. Department editor Yvonne Shelton Crumpler retired in 2008 from the Tutwiler Collection of Southern History and Literature, where she worked as a research librarian in special collections for thirty-four years. Department sponsor HudsonAlpha Institute for Biotechnology is a global leader in DNA research.

Additional Information
For more information on the Freedmen's Bureau Project, click here to read our blogpost.
Back to Top 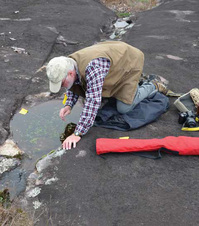 One of Alabama’s rarest plants, Gratiola amphiantha, appears in only eight locations across the state, but its flowers consistently brighten the pools it inhabits. Larry Davenport illuminates the life and life cycle of this infrequently spotted plant and details his search for the amphianthus according to the principle of island biogeography advanced by Robert MacArthur and Alabama native E.O. Wilson.

About the Author
L. J. Davenport is a professor of biology and serves as the Paul N. Propst Professor of Natural Sciences at Samford University.
​
Back to Top
Reading the Southern Past
Outlaws and Desperadoes

Although public fascination for renegades and outlaws often runs high, biographers face a particular challenge in writing about such figures. Often the mythology and the factual information blend, creating difficult layers of information to piece through. Stephen Goldfarb considers this challenge in his review of two biographies of Alabama outlaws, Stephen Renfroe and Railroad Bill. This quarter’s column considers Larry L. Massey’s The Life and Crimes of Railroad Bill: Legendary African American Desperado (University Press of Florida, 2015) and Alabama’s Outlaw Sheriff, Stephen S. Renfroe ((originally published in 1972 and reprinted in 2005 by University of Alabama Press with a new introduction by Paul M. Pruitt Jr.) by William Warren Rogers Sr. and Ruth Pruitt. Both biographies unpack the legendary characters and their effects on their state.