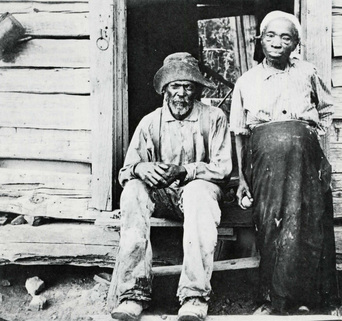 
Southerners wave the American flag and cherish the government for which it stands as enthusiastically and sincerely as any Americans. Southerners uphold the United States Constitution as one of the great documents of human freedom and America's original contribution to democratic government in modern history. And yet, throughout American history, southerners have been at odds with the national government that the Constitution created in 1789. In this article, Robert Norrell examines the paradox of political thought in the South.

About the Author
Robert J. Norrell, associate professor of history and director of the Center for Southern History and Culture at the University of Alabama, received his undergraduate, master's, and doctoral degrees from the University of Virginia.
Norrell, who held a Mellon Research Fellowship in American history at the University of Cambridge, England, in 1984-85, has taught courses in the history of the civil rights movement, the New South, Alabama history, Afro-American history, and race relations in twentieth-century America. His book, Reaping the Whirlwind: The Civil Rights Movement
in Tuskegee, (Alfred A. Knopf, 1985) was a cowinner of the Robert F. Kennedy Book Award in 1986.

In 1987, Norrell received a grant from the National Endowment for the Humanities to conduct a two-year project celebrating the Bicentennial of the United States Constitution. The grant funds a series of public conferences in Alabama and Mississippi as well as printing and production costs for this issue of Alabama Heritage.

The editors and the author wish to thank George Prewett, Lawrence Kohl, and William Gunther for their assistance with the article.
Back to Top 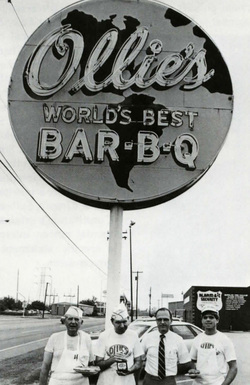 The McClung family shown in 1988. In the case
Katzenbach v. McClung (1964) the McClungs
challened the Civil Rights Act that made
segregation in any public accommodation
illegal. (Photo courtesy Ollie's Barbecue)
Alabama and the U.S. Supreme Court: Landmark Cases

In an appendix to his discussion of Federalism in the South, Robert J. Norrell examines a number of Supreme Court cases, from 1839 to 1964. These cases mark the shifting relationship of the state and federal governments. 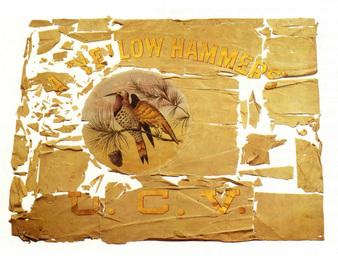 Before 1912, when President William Howard Taft made the first attempt to standardize the Stars and Stripes, American flags were as singular as the people who created them. Appearing in sundry sizes and shapes, and in a broad spectrum of red and blue hues, the flags of early America reflected the new nation's vigor and independence, its regard for free expression, and its tolerance for the idiosyncratic. This photographic essay celebrates the tremendous diversity of American flags--a diversity that tells a history of the nation itself.

About the Author
Most of the flags reproduced in this article are owned by the Prattaugan Museum, Prattville, Alabama. The museum, scheduled to open in late August 1988, contains flags which were formerly part of the Tumbling Waters Museum of Flags in Montgomery. That collection has been expanded to include a Daniel Pratt collection and items of local interest to Autauga Countians. The museum is located at 340 South Chestnut Street, Prattville, 36067. For more information about the museum, call the Office of the Mayor, Prattville, Alabama, (205) 365-9997.

The editors would like to thank Prattville Mayor Gray Price; Maryanne "Boo" Rogers; Pete Goodwin, President of the Board, Prattaugan Museum; and Guy Swanson, The Museum of the Confederacy, Richmond, Virginia, for their assistance in producing this article.
Back to Top 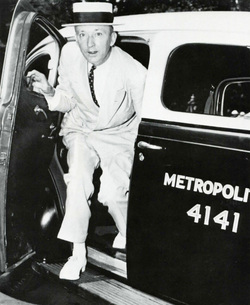 Senator Hugo Black arrives for a lunch at
the White House in 1937, just after his
Supreme Court appointment. (Courtesy
Collection of the Supreme Court of the
United States)
Hugo Black's Constitution

In 1968 at the age of eighty-two, Hugo Black acted as if death was finally looking over his shoulder. Years of failure and neglect had not prompted this apparition. For the last thirty-one yeas, Black had sat on the US Supreme Court--longer than almost any other judge--deciding thousands of cases that reshaped American life and liberty. His had been rich, rewarding years, full of controversy, difficulties, and hard work. Nor was it a fragile mind and body reminding Black of his mortality. Rather, it was his fear that the US Constitution, a document he used and cherished each day, would not be understood in the future as he thought it should be. In 1968, Justice Black was rushing against time to place his interpretation of the Constitution permanently in the lawbooks. This is his story.
Buy This Feature
Additional Information

About the Author
Steve Suitts, a native of Winston County, Alabama, is executive director of the Southern Regional Council in Atlanta, a
position he has held since 1977. Active in civil rights affairs since his undergraduate years at the University of Alabama, Suitts served as executive director of the Alabama Civil Liberties Union from 1972 to 1977, supervising legal programs which helped bring to court several landmark cases involving racial and sexual discrimination in Alabama. Suitts has published several articles on the South, law, communications, and race relations. Presently, he is working on a biography of Justice Black. "My interest in Hugo Black," he writes, "goes back to my days in high school at Florence, Alabama, when my history teacher pointed him out as a prominent white Alabamian who did not go along with the continued segregation of the races .... From that time in school, I have been fascinated by Black's journey from Clay County to Washington and the Supreme Court. His life, I think, tells much about the history of Alabama in the early part of the century and, no less important, about the notions of constitutional government in this country."
Back to Top