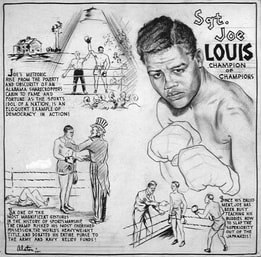 Joe Louis: Alabama Native and World Champion
By Dot Moore
​
Joe Louis, one of the world’s most acclaimed boxers, was born to a humble Alabama family. Though he did not begin boxing until after his family relocated to Michigan, Louis returned to Alabama during his World War II service, and he fondly remembered special friends from his childhood in the state. More than one hundred years after his birth, Chambers County commemorated its storied son by commissioning, installing, and dedicating a statue of him on the courthouse lawn.


About the Author
Dot Moore is a resident of Montgomery, Alabama, where she has worked as an educator, communicator, and community activist. A native of west Georgia, Moore holds undergraduate degrees in speech and history from the University of Montevallo and a master’s degree from Auburn University. She is an acclaimed storyteller known for bringing history to life through her writings and public presentations. In addition to authoring two nonfiction books—the award-winning and best-selling Oracle of the Ages: Reflections on the Curious Life of Fortuneteller Mayhayley Lancaster and No Remorse: The Rise and Fall of John Wallace—Moore is also a frequent contributor to historical publications. Now, at the age of ninety, she is at work—in collaboration with fellow author Katie Lamar Jackson and University of Alabama history student Will Moore—on an upcoming book about the beloved boxer and Alabama native Joe Louis.


Additional InformationBooks by author:
Back to Top 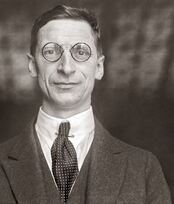 New York City native Éamon De Valera was of European descent, as his father was Spanish and his mother Irish. Though he was an American citizen, he spent most of his life in Ireland, where he became a fierce advocate for Irish independence. During one tumultuous, tornado-filled week in Alabama, De Valera took his fight to the states, hoping to garner support for his cause. Though he eventually became president of Ireland, De Valera never forgot his time in Alabama or the people he met in the state. 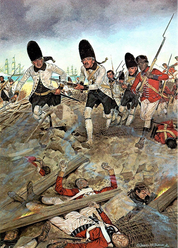 Alabama in the American Revolution
By Robert D. Temple

Before Alabama became a state, the area served as a lesser-known but critical seat of activity during the Revolutionary War. Along with Natchez and Pensacola, Mobile formed a strategic triangle, as together, the three towns offered important resources: a seaport, agriculture, and trade along the Mississippi River. Robert Temple elucidates how the Americans, British, Spanish, French, and Native Americans all worked to pursue their own interests in this area during the war—and how their efforts helped shape its outcome.

About the Author
Robert D. Temple is the author of the award-winning book Edge Effects, a travel narrative structured around the histories of the state lines (www.edge-effects.com); of the book After the Meteor, about the surprising history of Yucatán, Mexico; and of numerous magazine articles, mostly dealing with matters of local history. His PhD is in a field entirely unrelated to any of this. When not traveling, Temple lives with his wife, Sue Auerbach, in Cincinnati, Ohio; Arlington, Virginia; and Mérida, Yucatán. 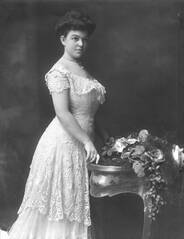 For nearly two years, Birmingham suffragist Bossie O’Brien Hundley advocated for women’s right to vote, even traversing the state and holding public exchanges with congressmen. Though she successfully brought some skeptics to her cause, her efforts were ultimately unsuccessful due to entrenched ideas about the role of women and how extending the vote to white women might further enfranchise the state’s Black citizens.

About the Author
Monica Tapper teaches American history at Wallace Community College in Selma, Alabama, and is a docent at the Bragg Mitchell Mansion. She has a bachelor’s degree in international studies and a master’s degree in history from the University of South Alabama. She is a previous contributor to Alabama Heritage as well as the Encyclopedia of Alabama. Her first book, A Culinary Tour through Alabama History, was published in October 2021 by The History Press. Naturally, this book includes Bossie and her meals during her tenure as an Alabama suffragist. Tapper extends special thanks to Mitchell Brown, Melinda Farr Brown, and Chris Maloney.

Letter to Our Readers
The Staff of Alabama Heritage shares updates about the magazine, its mission, and its vision. 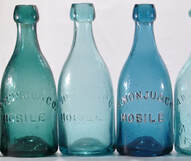 Portraits & Landscapes
Monju Spirits in a Bottle
By David Kyle Rakes
To many people, an old blue bottle might not spark any interest. But for author David Rakes, it posed a mystery: where and when did it originate, and for what purpose? With a lot of careful sleuthing and a little bit of luck, he uncovered the rich history of this humble object, learning about nineteenth-century Mobile and the alcoholic beverage industry in the process. 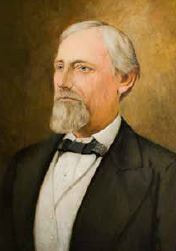 Alabama’s twenty-fifth governor, Democrat Rufus Cobb, oversaw a number of important developments in the state, including the creation of the Tuskegee Normal and Industrial School and ushering the state through the early years of Reconstruction. However, after his term ended, it was tainted by scandal relating to his treasurer, leaving a somewhat checkered legacy for Cobb.

About the Author
Colin Rafferty is the author of Execute the Office: Essays with Presidents (Baobab, 2021) and Hallow This Ground (Indiana University Press, 2016). 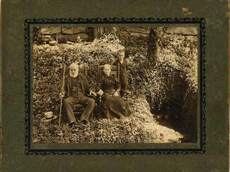 Behind the Image
What’s in a Name?
By Frances Osborn Robb
A photograph taken in a watermelon patch around the turn of the century leads to some interesting discoveries about its subjects, Jane Smithson Jones Graham, and Flavius Josephus Graham, and about Alabama life during that time. 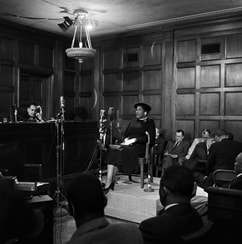 From the Archives
Justice, Not Favor: Alabama Women and the Vote
By Alex Colvin
Between now and May 31, 2022, visitors to the Alabama Department of Archives and History can experience the exhibit Justice, Not Favor: Alabama Women & the Vote, which explores the history of suffrage in the state. The exhibit explores numerous aspects of the movement, from prominent suffragists and their work to anti-suffragists and their arguments. It also delves into the different circumstances and experiences faced by Black suffragists, who worked to combat prejudice based on both race and gender.
​
About the Author
Alex Colvin is public programs curator at the Alabama Department of Archives and History. She holds a doctorate in history from Auburn University.

Additional Information
​Back to Top

Reading the Southern Past
The Book that Never Was
By Stephen Goldfarb
In this quarter’s installment of “Reading the Southern Past,” author Stephen Goldfarb’s subject is Alabamian Harper Lee, whose early success with To Kill a Mockingbird was followed by a lengthy absence of additional publications. Goldfarb reviews Casey Cep’s Furious Hours: Murder, Fraud, and the Last Trial of Harper Lee (Alfred A. Knopf, 2019), which explores an unpublished true-crime text Lee worked on for numerous years and Wayne Flynt’s Mockingbird Songs: My Friendship with Harper Lee (Harpers, 2017), in which the noted historian reminisces about his friendship with the author.