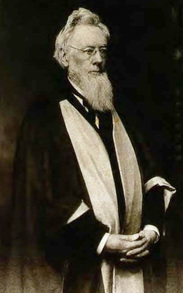 By Robert Mellown and Gene Byrd

Former University of Alabama alumnus and president William R. Smith remembered one of his favorite professors at the university, F. A. P. Barnard, as "a marvel of intellectual brilliancy and practical versatility. He was conceded to be the best at whatever he attempted to do; he could turn the best sonnet, write the best love story, take the best daguerreotype picture, charm the most women, catch the most trout, and calculate the most undoubted almanac." Barnard’s reputation as a renaissance man was well deserved, and his contributions to academia and the natural sciences in the nineteenth- century south were enormous. Robert Mellown and Gene Byrd chronicle two of Barnard’s many interests -- daguerreotypy and astronomy -- and the accomplishments he made in those respective fields.s


This special section is divided into two features:
Buy the "Astronomy" Feature
Additional Information
For more information on early Alabama daguerreotypy and photography, see:For more information on F.A. P. Barnard and Alabama's first observatory, see:
The following items in the Encyclopedia of Alabama will also be of interest:

About the Authors
Robert Mellown, a professor of art history at the University of Alabama and an authority on Alabama art and architecture, is a frequent contributor to Alabama Heritage. He is also editor of the magazine's Art in the South column. Gene Byrd has been a professor of astronomy at the University of Alabama since 1974. His research interests include theoretical studies of the dynamics of galaxies and the properties of groups and clusters of galaxies. Byrd has also published articles on useful devices and techniques for teaching astronomy. He may be contacted via e-mail.
Back to Top 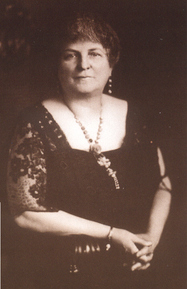 In the spring of 1935—when the country was scraping out of its worst-ever depression and Franklin D. Roosevelt’s make-work New Deal policies were starting to take shape—the Federal Writers Project was born. When critics assailed the project designed to put unemployed writers to work, Harry Hopkins, the director of the Works Projects Administration, reportedly cut them off with a blunt, "Hell, they’ve got to eat just like other people." First, administrators set about deciding what these writers would write about. Soon the idea of individual guides to each of the states, complete with highlights of their histories and accomplishments, won favor. Hardy Jackson describes the involved—and often contentious—process administrators in Alabama went through to develop the state’s version of the project.

About the Author
Hardy Jackson, professor and head of the Department of History at Jacksonville State University, is a frequent contributor to Alabama Heritage. He is currently working on a popular history of the state. This publication of Jackson's article on Marie Bankhead Owen coincides with the spring 2000 re-release of Alabama: A Guide to the Deep South by the University of Alabama Press. For more information, contact the Press at P.O. Box 870380, Tuscaloosa, AL 35487-0380, (205) 348-5180.
Back to Top
Daniel Cram’s Sketches of the Mexican War

By John McCall, with T.J. Beitelman

In the summer of 1847, young Lt. Daniel Houston Cram of New Hampshire stepped onto Mexican soil and into one of the most important—but often neglected—conflicts of the nineteenth century. During the Mexican War, fourteen thousand American soldiers lost their lives—as did many more Mexicans—fighting over the land that would eventually become the American southwest. Cram not only saw it firsthand as a participant, he stole moments to sketch some of the more dramatic scenes in a notebook that has been passed down through generations of his family. John McCall, assisted by T.J. Beitelman, tells the story of Cram’s Mexican War experiences, complete with photographs and detailed descriptions of the sketches themselves.

About the Authors
John McCall, a graduate of the University of Alabama School of Law and currently an associate with the Montgomery law firm Rushton, Stakely, Johnston & Garrett, is the great-great-great-grandson of Daniel Houston Cram. His mother, Mrs. Doy Leale McCall, Jr., (Margaret Thorington Kohn) of Montgomery, is the current owner of Cram's sketchbook, which she inherited from her aunt, Mary Virginia Kohn. Kohn received the he irloom from her mother, Mrs. John Peter Kohn (Clementina Rebecca Cram)-the daughter of Daniel Houston Cram. Although many of the sketches have become unattached through time, the notebook and its contents remain in good condition.

T. J. Beitelman, Editorial Assistant at Alabama Heritage, is a graduate student in creative writing at the University of Alabama.
Back to Top 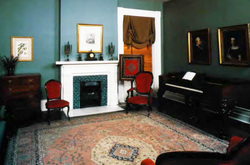 The Humphreys-Rogers House
reopened in April 1999 as
the Decorative Arts Center for Alabama
(EarlyWorks Museum, Huntsville)
Southern Architecture
History on the Move: The Evolution of the Humphreys-Rodgers House, c. 1848


In 1991 the 330-ton Humphreys-Rogers house, a historic brick mansion in Huntsville, made an astonishing half-mile journey from its original site to the EarlyWorks Museum in downtown Huntsville. The move was only the most recent in a long process of remodeling and preservation stretching back to its construction in 1848. Now fully restored, the building houses period room-settings and special exhibits on the decorative arts.

Additional Information
The following items in the Encyclopedia of Alabama will also be of interest:
About the Author
Christopher Lang is Curator of Collections and Exhibits at the EarlyWorks Museum and master cabinetmaker at Alabama Constitution Village, Huntsville. Prior to coming to Alabama, he worked at Colonial Williamsburg, Virginia.
Back to Top

(Alexaner Ingram;
Rickey Yanaura)
Recollections
The Travels of a Cameo

In 1835, descendants of the Aylett family moved from Virginia to Alabama, bringing with them a large, heavy cameo. Over the years, this cameo has survived a civil war, two world wars, and numerous relocations--and its story is far from over.

About the Author
Alexander Ingram is a retired radio writer living in Tuscaloosa, Alabama.
Back to Top