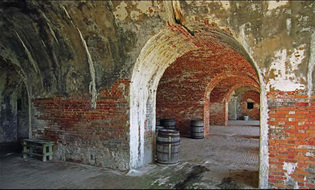 One of the South’s greatest military assets, Fort Morgan has protected the waters of Mobile Bay since its inception in 1834. Once its location gained attention for its beneficial strategic location, designs for a spectacular fort that could withstand the ravages of battle were put into place. Having overseen heavy action during the Civil War and World War II, the fort did its job of protecting our soldiers and harbor waters. Finally, however, the ravages of age are beginning to show on this historic landmark, and action is needed to protect the structure that protected so many throughout its past.

About the Author
Jessica Fordham Kidd is a native of Coker, Alabama. She works as an assistant director of the First Year Writing program and as an instructor in the English department at the University of Alabama. She has a bachelor’s degree in geology and a master of fine arts degree in creative writing, both from the University of Alabama. Her article “Privation and Pride: Life in Blockaded Alabama” appeared in Alabama Heritage issue 82.

The author sends many thanks to Blanton Blankenship, site manager of Fort Morgan National Historic Landmark, and Michael Bailey, cultural resource coordinator at Fort Morgan. They provided extensive information on the fort’s history and preservation concerns, a tour of the site, and letters from soldiers stationed at Fort Morgan.
Back to Top 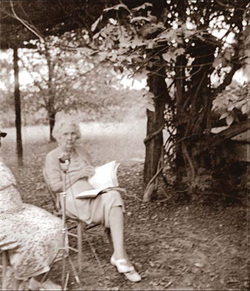 By Philip Beidler and Elizabeth Buckalew

An extraordinary folklorist from Livingston in Sumter County, Ruby Pickens Tartt’s collection of slave narratives, folk songs, and interviews are vital documents that help unlock the history of Alabama’s past. A painter, librarian, matriarch, football fan (as well as somewhat of a danger behind the wheel of a car), Tartt lived a vivid and rich personal life filled with fortune. Yet she harnessed her enthusiasm for life into critical research that amounts to one of the most valuable collections of slave narratives to date. With empathy, candor, and purpose, Tartt ensured that the stories of Alabama's slaves would never be forgotten.

Additional Resources for Ruby Pickens Tartt and her folklore: The following articles in the Encyclopedia of Alabama will also be of interest:Multimedia:

About the Author
Philip Beidler is a professor of English at the University of Alabama, where he has taught American literature since receiving his PhD from the University of Virginia in 1974. His publications over the years inAlabama Heritage include essays on Caroline Lee Hentz, Johnny Mack Brown, legal codes in early Alabama, and Alabama soldiers in the Vietnam War and the American Civil War. His most recent book isAmerican Wars, American Peace: Notes from a Son of the EmpireUniversity of Georgia Press (2007).

Elizabeth Wade Buckalew is an Assistant Editor for Alabama Heritage. A graduate of Davidson College, she is currently pursuing a PhD in English at the University of Alabama. Her poetry and nonfiction have appeared in such journals as Harpur Palate, Cream City Review,and Spoon River Poetry Review. She would like to thank Allen and Mary Tartt for their generous assistance with this article.
Back to Top 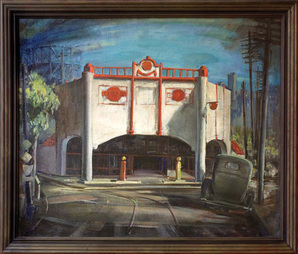 An accomplished artist whose studies took him all over the world, Richard Coe’s talent for painting and etching found a muse in the “Magic City” of Birmingham, where he focused on capturing the city and its residents during the Great Depression. His canvas gave true-to-life renditions of everything from steel mills to churches to multi-family dwellings.


Additional Information
Coe’s painting Birmingham Steel Mill can be viewed most recently inAmerican Paintings from the Montgomery Museum of Fine Arts (Montgomery Museum of Fine Arts, 2006). Two other etchings by Coe can be viewed in an essay by William U. Eiland, “Picturing the Unvictorious: The Southern Scene in Alabama, 1930-1946,” in The American Scene and the South: Paintings and Works on Paper, 1930-1946 (Georgia Museum, University of Georgia, 1996).

The following articles in the Encyclopedia of Alabama will also be of interest:Also of interest: Crawford, Katelyn D. and Randall Woodfin (2018), Magic City Realism: Richard Coe's Birmingham

About the Author
Lynn Barstis Williams is Librarian Emerita at Auburn University Libraries. She is the author of Imprinting the South: Southern Printmakers and Their Images of the Region, 1920s-1940s (University of Alabama Press, 2007), various journal articles on southern art, and the compiler of American Printmakers: An Index to Reproductions and Biocritical Information, 1880-1945 (Scarecrow, 1993). She has authored other articles on Alabama artists for Alabama Heritage. Williams would like to thank John McCall for sharing his collection of Coe works for this article. She would be interested in hearing via email from people who have more knowledge of and works by Richard Coe. 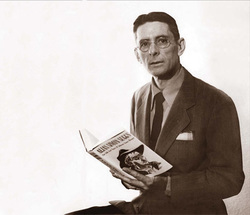 A legend on the University of Alabama campus, William Stanley Hoole is not just an Alabama icon but is also a revered scholar nationwide. Author, scholar, lecturer, and library administrator, Hoole held a great penchant for academia and the South. Beginning his first personal “library” at age four, Hoole grew up to make book collections one of the centermost facets in his life. As an innovative leader in the library sciences, Hoole was steadfast in his mission to improve the service and quality of university libraries, including a major overhaul at UA’s Tuscaloosa campus, where the collection he built is now a favorite of southern history scholars.


About the Author
Elizabeth Hoole McArthur, a Phi Beta Kappa graduate of the University of Alabama, earned BA and MA degrees in history. She holds the EdD from University of Georgia. Following a successful thirty-year career as a secondary school teacher/administrator she now writes for magazines, has published a history (Bound for Glory), and is completing another. She resides with her husband Hugh in Dalton, Georgia. McArthur has many wonderful childhood memories of “assisting” her father, Dr. Hoole, with his writings and eagerly accompanying him on searches for historic sites, relics, and stories as she grew older. With him she co-authored The Yankee Invasion of West Alabama, March–April, 1865. She would like to thank Mrs. Addie Shirley Hoole and Martha DuBose Hoole. 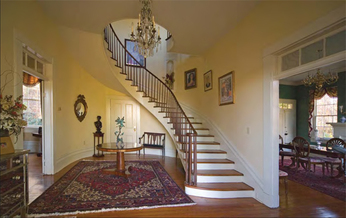 The breathtaking stairways of antebellum Alabama demanded artistic flair and design. View the beautiful Lee-Darwin-Lacy House of Madison’s geometrical stair, and the unique main and “back hall” stairway of the Woodroof-Crumlish House in Mooresville. The Watkins-Moore-Rhett House’s corkscrew staircase is also a dizzying delight, but most spectacular of all is the tour de force of grace, elegance, and double flights: Barton Hall’s stairway in the Cherokee Vicinity.

Everyone can play a role to help save those resources that are in peril. Adopt one of the properties. Tell everybody you know that it is important. Write letters of support. Volunteer your time or expertise to the local preservation group. If an endangered property really strikes you, go ahead and buy it! A generous (or even modest) donation to the “Endangered Property Trust Fund” can help statewide.

The following articles in the Encyclopedia of Alabama will also be of interest:Multimedia

About the Author
Robert Gamble is the Senior Architectural Historian for the Alabama Historical Commission.

Back to Top
Alabama Mysteries
Murder on Chandler Mountain

A deathbed confession reopened the grizzly double homicide case of St. Clair farmer Jacob Lutes and his second wife, Marcella two decades after it occurred. Three men had already spent over twenty years in prison when an ill and elderly John McLemore stated that he and his father-in-law Thomas Mcknight were the actual murderers. Those surrounding the case on Chandler Mountain ask: where does the truth lie?

Additional Information
The following items in the Encyclopedia of Alabama will also be of interest:
About the Author
Pamela Jones is a freelance writer and researcher based in Birmingham. Her particular areas of interest in Alabama history are true crime and the state between the two world wars. She is a history instructor at a Birmingham college and writes corporate histories.
Back to Top 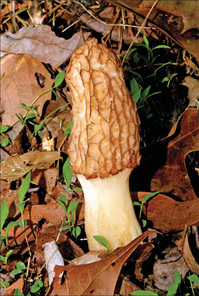 Over thirty species of morels exist nationwide, delighting epicures, drawing curiosity, and even functioning as a source of danger for those who are unfamiliar with some morels’ deadly toxicity. Sprouting from an underground network that shares a hidden, symbiotic relationship with treeroots, it is not until these morels blossom above the surface that we are provided with a hint of the magic going on beneath.

Back to Top
Reading the Southern Past
Two New South Girlhoods

A boisterous childhood from the Black Belt of Wilcox county is delightfully detailed in Viola Goody Liddell’s With a Southern Accent (University of Alabama Press, 1982). Liddell’s large gentry family was hard-hit by the post-World War I depression, but she and her siblings certainly did not suffer from a lack of mischief. A contrast to this rowdy clan is the memoir of Mary Wallace Kirk’s Locust Hill (University of Alabama Press, 1975). Her etchings of the area surrounding Tuscumbia portray a serene and solemn life of southern prosperity.