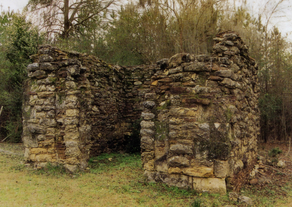 This sandstone structure is all that remains of the McGrew smokehouse, built in the early nineteenth century of John McGrew, one of the earliest settlers of St. Stephens. McGrew's house was located near by. (Photograph by Robin McDonald.)
The Lost Capitals of St. Stephens and Cahawba

Alabama’s first two capitals nearly vanished when politics, economics, and the weather conspired to move the capital elsewhere. Using a variety of sources, including nineteenth-century newspaper accounts, Auburn journalism professor Nan Fairley brings back to life the bustling towns of St. Stephens, territorial capital from 1817-1819, and Cahawba, the first state capital from 1820-1826. The residents of St. Stephens and Cahawba could hardly have imagined that their busy streets would become little more than wide paths, but they would surely be glad to know that their descendants have now decided to preserve what is left of the two towns’ histories. The St. Stephens Historical Commission is working to preserve Old St. Stephens through archaeological excavation and land acquisition. Call (334) 246-9303 for information on the St. Stephens support group. Old Cahawba is maintained by the Alabama Historical Commission and a private support group, Cahawba Concern. The park now encompasses some two hundred acres and is open for walking tours. Call (334) 875-2529 for more information on Old Cahawba.

Additional InformationThe following articles in the Encyclopedia of Alabama will also be of interest:Multimedia:
About the Author
Nan Fairley, assistant professor in the Department of Journalism at Auburn University, is a graduate of Mississippi University for Women and the University of Alabama, where she completed a master's degree in the School of Communication in 1988. She has ten years' experience with newspapers in Florida, Mississippi, and Alabama and is the co-author of Paths to the Past: An Overview History of Lauderdale County, Mississippi. Her history-related articles have recently appeared in the Mobile Register and the Atlanta Journal Constitution, and she is currently working on a chapter for a book exploring the role of Mississippi journalists in the Civil Rights movement.
Back to Top 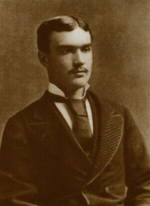 Almost a century ago, a Philadelphia businessman and adventurer set out to explore the earthworks left by prehistoric peoples on every navigable waterway in the Southeast. It was an ambitious project, and one that led him to some of the most significant archaeological finds of the twentieth century—including some in Moundville, Alabama. With twenty-nine earth mounds, twenty of them arranged in a large central plaza, Moundville was the largest community of its kind in its heyday, around A.D. 1300. This article tells the story of Clarence Bloomfield Moore’s excavations and how his work remains a subject of controversy. The article’s author, a professor of anthropology at the University of Alabama, also edited and wrote an introduction toThe Moundville Expeditions of Clarence Bloomfield Moore, published in 1996 by the University of Alabama Press.


​Additional Information The following articles in the Encyclopedia of Alabama will also be of interest: Multimedia:
About the Author
Vernon James Knight, Jr., is Professor of Anthropology at the University of Alabama and Curator of Southeastern Archaeology with the Alabama Museum of Natural History. He holds a B.A. from the University of Alabama, an M.A. from the University of Toronto, and a Ph.D. from the University of Florida. In a twenty-three-year career as a professional archaeologist in the Southeast, Knight has found himself constantly following in the prior footsteps of Clarence B. Moore. Whether digging on the Gulf Coast, in the Tennessee, Tombigbee, Alabama, and Chattahoochee river valleys, or finally at Moundville, it seemed that Moore had been there first. This quite naturally led to an intense curiosity about Alabama's most prolific early archaeologist and his methods. Over the past ten years, Knight has been working with students on a major research project at the Moundville site, where he has rediscovered many of Moore's filled-in excavations. By carefully recording these early excavations, along with the prehistoric remains, he has been able to learn more about Moore's approach to exploring the richness of Moundville at the turn of the century.
Back to Top

The first successful V-2 being readied for launch, October 1942. It was the largest and most advanced rocket in the world. (Courtesy NASA's Marshall Space Flight Center, Huntsville)
Huntsville and the Space Program: The Beginnings Through 1960

From sleepy little cotton town to high-tech space center, Huntsville has grown rapidly since the day in 1950 when a group of German rocket scientists arrived from Fort Bliss, Texas. Marshall Space Flight Center historian Mike Wright traces the beginnings of the space program, from young Wernher von Braun’s fascination with outer space and rockets to the launch of Explorer I, America’s first Earth-orbiting satellite, on January 31, 1958.

Huntsville grew along with the space program: The town that once bore the dubious distinction of "Watercress Capital of the World" became the "Rocket City." Its population tripled between 1950 and 1956, and such developments as the Huntsville Industrial Center, a University of Alabama branch campus, and the Rocket City Observatory bespoke the town’s rapid development. In 1958, the nation’s space program was assigned to a civilian agency, the newly created National Aeronautics and Space Administration.

The story of NASA in the 1960s appears in issue 49.
Buy This Feature
Additional Information:
Marshall Space Flight Center

For more information about the history of rocketry and rocket research in Huntsville, see:The following articles in the Encyclopedia of Alabama will also be of interest:
Multimedia:
About the Author
Mike Wright, Marshall Space Flight Center's historian since 1987, holds a B.S. in journalism and an M.S. in history from Tennessee Tech University in Cookeville, Tennessee. His experience in writing about the U.S. space program began in 1973 in the Public Affairs Office of the NASA Marshall Space Flight Center in Huntsville. He later worked for newspapers in Tennessee and Alabama and as a communications specialist promoting energy conservation for the TVA.

Among those who read and commented on the draft of this article were Mike Baker, Command Historian, U.S. Army Aviation and Missile Command; Dr. Ernst Stuhlinger; Peter Cobun, former Huntsville Times managing editor; and Mitzi Adams, Marshall Space Flight Center. The author also relied on interviews with Dr. Stuhlinger conducted in 1993 by Dr. J. Wayne McCain for WLRH Radio and in 1988 by Dr. Donald Tartar and Konrad Dannenberg. Among the sources and manuscripts consulted were the Redstone Rocket newspaper; "Rocket Center Peenemuende-Personal Memories" by
Konrad Dannenberg and Ernst Stuhlinger; "Wernher von Braun, 1912-1977," by the National Space Society; and "German Engineers: Their Contributions to British Rocket Technology after World War II," by Dr. John Becklake Science Museum, London.
Back to Top

About fifty years ago, a professor of cultural geography named Fred Kniffen coined the term "I" house. The "I" house is one of North America's most common early house types--a rectangular dwelling that, viewed from the side, is at least two stories high and but one room deep on the upper stories. This characteristic style extends throughout Alabama, as important and valid an early American house type as the New England cottage, albeit with a pronounced Southern accent.

About the Author
Robert Gamble is senior architectural historian, Alabama Historical Commission, Montgomery.
Back to Top 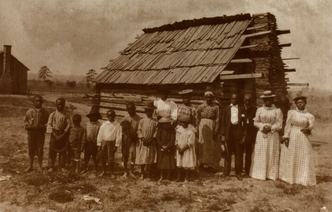 Fifty years after the end of the Civil War, Silas Orlando Trippe began taking photographs of the world around him. His photographs--now housed at the Alabama Department of Archives and History--provide a valuable window into the world of late nineteenth-century Alabama.

​CORRECTION: Some of the photography for this feature was erroneously attributed to Silas O. Trippe in the print version of this feature. The images of Native Americans at Mount Vernon Barracks were made by C. C. Johnson and possibly his brother and appeared in Frank Leslie's Illustrated Weekly on June 21, 1891.

Additional Information
The following items in the Encyclopedia of Alabama will also be of interest:
About the Author
Alden Monroe is Assistant Director for Special Collections, Alabama Department of Archives and History.
Back to Top