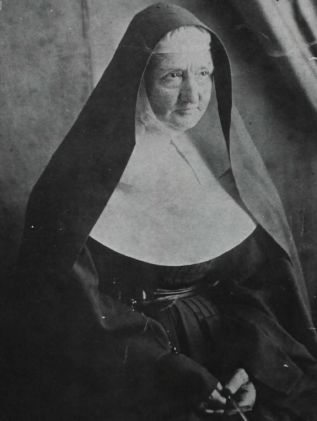 The remarkable story of how the Shelby Springs military hospital came into existence begins in 1860, when the Sisters of Mercy, a religious order founded in Ireland in 1831, decided to send several nuns from their Baltimore convent to Vicksburg, Mississippi, to establish a school. That decision began a train of events that would last through the Civil War as the Sisters battled disease, war injuries, and religious prejudice in their quest to care for the sick and injured.

About the Author
Barbara Roberts, a free lance writer and a part-time faculty member at Samford University in Birmingham, holds three degrees in English-B.A., the University of Montevallo; M.A., Samford University; Ph.D., the University of Alabama. Long interested in local history, Roberts has written a history of her home town, Calera, Alabama, served as president of the Shelby County Historical Society (1975-76), and headed that group's Confederate Cemetery Restoration Committee.

The major breakthrough in that project, Roberts says, was acquiring the cemetery property. "Once we owned the property we moved ahead, and many people, not just society members, volunteered their help." Clearing the land was also a monumental task. "Admittedly," says Roberts, "it was harder for the early pioneers, who didn't have chain saws andWeedeaters, but our task still wasn't easy." The results, she says, were worth it. "When you have the participation of a community, as we did, a project like ours can be a source of pride for everybody."

For Roberts, the cemetery restoration was only the beginning. Increasingly interested in the hospital that had cared for the Confederate soldiers, Roberts found an obscure footnote mentioning the Catholic presence at the site. From that beginning, she searched archives in New Orleans, Jackson, and Vicksburg, eventually locating Sister Ignatius' memoirs, entitled "Journey of Discovery." "For me," says Roberts, "retracing the nuns' steps was a 'journey of discovery' into the past."

The editors would like to thank Sister Callista and the Sisters of Mercy, Vicksburg; Mrs. Blanche Terry, Vicksburg; and Mrs. Flora Rau, Jackson, Mississippi, for assistance in acquiring photographs for this article.
Back to Top
Excerpts from Place Names in Alabama

This feature is made up of selections from Virginia O. Foscue's Place Names in Alabama. From Abanda to Zip City, Foscue digs into the history of these places, unearthing surprising and intriguing bits of information.

Additional Information
Published place-name studies of the entire state include:
County place name studies include:
Extensive place-name research is currently being conducted on Talladega County by James B. McMillan, Tuscaloosa,
and on Bibb County by Rhoda Coleman Ellison, Centreville.

About the Author
Virginia Foscue, professor of English at the University of Alabama, holds bachelor's and master's degrees in English from the University of Alabama, and a doctorate in English Language and General Linguistics from the University of Wisconsin. Foscue became interested in place name studies, particularly studies of place names in her native Alabama, in 1957 when I. Willis Russell, a linguistics professor at the University of Alabama, encouraged her to write her master's thesis about the names in her home county of Sumter. Since 1973 Foscue has been the leading force in a project that is now known officially as the Place Name Survey of Alabama. This comprehensive study is to be a part of the Place Name Survey of the United States, now being conducted under the auspices of the American Name Society, a group of scholars organized in 1951 to conduct research in all areas of onomastics.
Back to Top 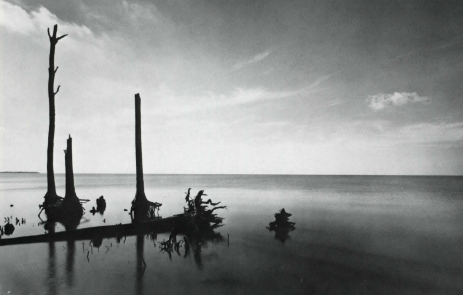 Of particular interest to photographer Walter Beckham of Mobile are the plants, leaves, and trees of the Gulf Coast area, which he photographs almost exclusively in black and white. The photographs displayed in this issue are part of a continuing series of landscape photographs Beckham began in the mid-1970s. The largest of the photographs was made with a sixty-year-old Korona Panoramic view camera that produces 8x20-inch negatives. Beckham believes his Korona may be the only working camera of its size in the state, perhaps one of only two in the Southeast.

About the Author
Walter Beckham of Mobile has been working in photography since 1969, but his interest in photography as an art began in 1975, when he saw the work of photographers Ansel Adams, Minor White, and particularly Edward Weston. "I realized," says Beckham, "that photography could come from within and be an expression of one's feelings, that a photograph could be more than just a pretty picture." Since then, Beckham's photographs have appeared in fifteen group exhibitions; he has had three one-person shows; his work has appeared in numerous regional publications; and he has been awarded grants by the Alabama State Council on the Arts and the Mobile Arts Council.

Beckham usually keeps several photographic projects going at the same time. While continuing to work on his plants, leaves, and trees series, he photographed a series on Mobile's Magnolia Cemetery, 1986-87. Currently he is concentrating on cityscapes of Mobile and his neighborhood in particular-the Oakleigh Garden District. For this project, he is working with his sixty-year-old Korona Panoramic view camera, which produces 8x20-inch negatives.

Horace King (1807-1885), a slave who was freed by his master in 1846, became one of the most respected bridge builders in Georgia and Alabama during the nineteenth century. (Courtesy Theodora Thomas)
Horace King, Bridge Builder

Free blacks in the antebellum South led precarious lives. Respected by slaves, with whom they shared skin color but not bondage, free persons of color were often feared by whites, who suspected they might be the fuse with which Northern abolitionists ignited a slave rebellion in the South. To prevent such an occurrence, southern whites passed a series of laws throughout the first half of the nineteenth century restricting the actions of free blacks. In spite of this inhospitable legal climate, a number of free blacks made reasonably good livings in antebellum America. One such man was Horace King, who began life as a slave, gained his freedom, and managed to forge a singular path through the minefield of antebellum southern society to become Alabama's foremost bridge builder and one of the South's most respected engineers.

Additional Information
About the Authors
Tom French, a registered landscape architect and land surveyor, and Larry French, an urban planner and historic preservationist, are a father and son team who work together as partners in the firm French & Associates, Columbus, Georgia. In the early 1970s, when Tom French was teaching a course in mechanical drawing at Pacelli High School in Columbus, he and his class became interested in covered bridges and decided to construct a model. From that beginning, French and his son developed a fascination for these nineteenth-century structures that led them on a four-state journey from the Chesterfield District of South Carolina through Georgia and Alabama to Lowndes County, Mississippi, in search of covered bridges, particularly those built by Horace King.

Subsequently the Frenches have written a book on the subject, Covered Bridges of Georgia (The Frenco Company, 1984); they have also developed a slide show on Horace King, which they have presented to historical groups in Georgia and Alabama.

The authors and the editors wish to thank William H. Green, Gary and Elizabeth Mills, Elise H. Stephens, Robert O. Mellown, and Robert S. Gamble for research assistance with this article.
Back to Top