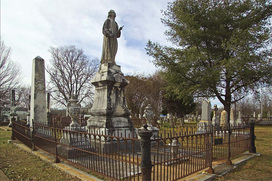 As professor of an anthropology course taught in the cemeteries of Tuscaloosa County each year, Ian Brown sees cemeteries as outdoor classrooms. Providing a wealth of historical, anthropological, and sociological information, tombstones have long been an invaluable resource to historians, genealogists, art historians, and archaeologists. Not only does each marker tell the story of a life, it also tells the story of the time during which the marker was made. Join him as he traces the tale of Tuscaloosa markers and carvers using a mixture of detective work and determination.


Additional Information
See our collection of Alabama "story" tombstones from our readers.
The following articles in the Encyclopedia of Alabama will also be of interest:
Multimedia:

About the Author
Ian W. Brown, a professor of anthropology at the University of Alabama, specializes in the archaeology and history of southeastern Indians. He has spent almost four decades excavating sites in Louisiana, Mississippi, and Alabama. In terms of cemetery research, he and his students have been conducting a long-term study of the historic and modern burial grounds of Tuscaloosa County, known as "The Marking Graves Project.” Dr. Brown is also a member of the Board of Trustees for the Association for Gravestone Studies. 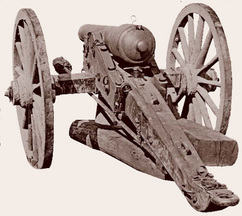 During the dawn hours of September 25, 1864, a meager Union barracks known as Sulphur Trestle Fort began to tremble under attack from Confederate cannons. This small site near Elkhart in Limestone County was constructed to protect federal railroad supply lines. Confederate Gen. Nathan Bedford Forrest led the fierce onslaught, recognizing a prize when he saw one.

Buy This Feature
Additional Information
The following articles in the Encyclopedia of Alabama will also be of interest:
About the Author
Thomas V. Ress resides in Athens, Alabama. He is a freelance writer and has had dozens of articles published in numerous magazines, newspapers, and websites including Discovery.com, SKI, Backpacker, and Southeastern Outdoor Recreation, among others. He was formerly a community columnist for the Huntsville Times. Ress grew up in southern Indiana and received his BS from the University of Evansville (IN) and his MBA from Eastern Kentucky University. He currently does consulting work for the federal government. The author wishes to thank Richard Martin for being an invaluable resource.
Back to Top 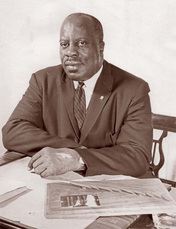 Emory O. Jackson, managing editor of the Birmingham World and the Executive Secretary of Birmingham’s NAACP chapter used these platforms to educate and influence black citizens on a variety of racial issues for over thirty years. Championing the black voter participation, Jackson shunned apathy and encouraged readers to fight for economic and scholastic equality within the framework of law and order. Both a spitfire and a moderate, Jackson was, for decades, the “Voice of Black Birmingham.”
Buy This Feature
Additional Information
The following articles in the Encyclopedia of Alabama will also be of interest:
Multimedia:

About the Author
Mary Stanton is a historian whose primary interest is white civil rights activism. Stanton has taught at the University of Idaho, the College of St. Elizabeth, and Rutgers University. Her articles have appeared inSouthern Exposure, Gulf South Historical Review, Alabama Heritage, Callaloo, Studies in Religion, and Southern Jewish History. She lives in New York City and works as an administrator for the Town of Mamaroneck in Westchester County.
Back to Top 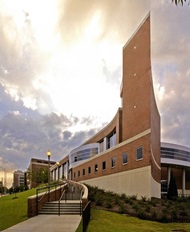 Through breathtaking photos, examine how elements of design can enhance a community’s identity, values, and connectedness. Bowsher examines the consequences of modern car-dependent communities and looks at what can be gained by rediscovering the roots of traditional city landscaping: centers and town squares that highlight walkability and unique buildings with regional flavor that serve the individual needs of their towns.

Buy This Feature
Additional Information
For further reading:
The following article in the Encyclopedia of Alabama will also be of interest:Multimedia:

About the Author
Bowsher’s latest book is Community in Alabama: Architecture for Living Together, published by the Alabama Architectural Foundation. It is a sequel to her earlier book, Alabama Architecture: Looking at Building and Place, published by the University of Alabama Press. She serves as an architectural historian on the National Register Review Board of the Alabama Historical Commission and is an Alabama Advisor Emeritus to the National Trust for Historic Preservation. She has been active in historic preservation in the state for the past twenty-five years.

M. Lewis Kennedy Jr. has more than two decades experience as a professional photographer, concentrating on architectural and industrial subjects, particularly in Alabama and the Southeast. He is the photographer for the book Alabama Architecture.
Back to Top

Ratified in 1996, the Charter of the New Urbanism seeks to restore existing urban areas, preserve historic streetscapes, and encourage new architecture and development that ensures walkable, mixed-used communities that are compatible with existing architecture. Local tradition, climate, and current landscape all play into decisions regarding what to build, what to renovate, and what to protect. New Urbanism preserves interesting regional distinctions, making each city a unique place to walk, spend time, and live.

About the Author
Christy Anderson is the Preservation Planner for the City of Montgomery. Robert Gamble and Melanie Betz Gregory, architectural historians for the Alabama Historical Commission, serve as the standing editors of the “Southern Architecture and Preservation” department of Alabama Heritage.

Back to Top
Alabama Mysteries
A Death In Conecuh County

Seventy-two-year-old farmer and Civil War veteran “Captain” Jesse Baldwin was beaten to death just steps from his back porch on the morning of July 8, 1910. The motive was simple robbery; it was known that Baldwin kept a great deal of cash in his home. Though one man was captured and convicted for the death just days later, it was widely believed that several men were responsible. The case went cold, but decades later they got a lead.

About the Author
Pamela Jones is a freelance writer and researcher based in Birmingham. Her particular areas of interest in Alabama history are true crime and the state between the two world wars. She is a history instructor at a Birmingham college and writes corporate histories.
Back to Top 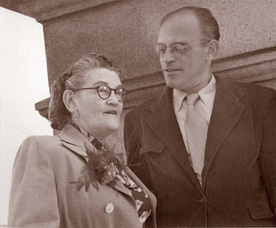 In the 1930s the communist paper titled Southern Worker was an underground operation that eluded police and vigilantes who tried desperately to shut it down. Printed and edited in Chattanooga and datelined Birmingham, the paper was run by former Daily Workerbeditors Solomon and Isabelle Auerbach who moved to Birmingham from New York City and started the paper with just two hundred dollars. Sold for two cents a copy, the paper gave a voice to the abuse of labourers and the plight of the unemployed in the South.

After several years of fighting the Japanese in the South Pacific, Eugene Sledge had a difficult adjustment returning to civilian life in the fall of 1946. These trials are explored in his memoirs. His first volume, With the Old Breed at Peleliu and Okinawa (Presidio Press, 1981) relates the hard-learned lessons of war. His second volume, China Marine (University of Alabama Press, 2002) captures the difficulties of readjusting to daily life after battle.