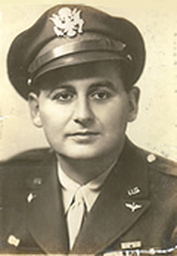 When General Douglas MacArthur was ordered out of the Philippines during the early days of World War Two, the remaining American and Filipino troops were forced to surrender to the Japanese. What followed became known as the Bataan Death March. During the sixty-five-mile forced march, Lieutenant Bertram Bank of Alabama witnessed the beatings and executions of his comrades. Bank survived, only to be imprisoned for years in Japanese POW camps in the Philippines. The American and Filipino POWs thought they had been abandoned. But when hope was almost gone, a daring rescue brought these "ghost soldiers" back from the dead.
Buy This Feature
Additional Information
For further information on the Bataan Death March, see:
See also these articles, previously appearing in Alabama Heritage:
The following items in the Encyclopedia of Alabama will also be of interest:

About the Author
John D. Lukacs is a a writer living in Western Pennsylvania. A contributor to ESPN College Gameday, his work has appeared in USA Today, ESPN The Magazine, and assorted Top 100 newspapers. He is currently working on his first book, the lost tale of the April 1943 escape from Davao Penal Colony that broke the story of the Bataan Death March to the world and changed the course of World War II.
Back to Top

Alabama Heritage readers have been delighted for years with the brilliant photography and design of our magazine's creative director, Robin McDonald. This holiday season marks the debut of Robin's much-anticipated new book, Heart of a Small Town (University of Alabama Press, 2003). In the Fall issue, Robin presents a photographic "sneak peek" of the fascinating little towns that dot the Alabama landscape. Some are growing, some declining, but all have a story to tell.

About the Author
Robin McDonald has been the designer for Alabama Heritage  since 1991. A native of London, England, and a graduate of Emory University and later Columbia University with an M.A. in Art History, he has been a freelance graphic artist since 1984, and continues to practice from his home in Birmingham. In 1981 he received a Gold Medal from the Art Director's Club of New York for his work on Horizon Magazine. Since, he has been the recipient of numerous national, regional, state, and local awards, including several Council for Advancement and Support of Education(CASE) Awards for his work at Alabama Heritage.
Back to Top 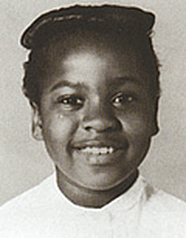 Audrey Hendricks,
one of the youngest children arrested
during the May 1963 protests
(Hendricks Family)
A Dangerous Business: Children on the Front Lines

Audrey Hendricks walked out of Birmingham's Center Street Elementary School and into history. Although only nine years old, she was going to be a part of a vital element in the Civil Rights organizers' plan to challenge the racial injustices in America's most segregated city. The Civil Rights Movement had lost steam and media attention. Organizers Ralph Abernathy and Martin Luther King Jr. needed a way to gain attention and sympathy, so they organized the movement's first youth march. When the schoolchildren began their march on May 2, 1963, Police Commissioner Eugene "Bull" Connor quickly arrested the demonstrators, filling up the city's jail and juvenile hall. As the stunned nation and a troubled President Kennedy looked on, the children marched again. With nowhere to hold the protesters, Connor tried to disperse them by ordering Birmingham's firefighters and police officers to use fire hoses and canine units. Public outrage soon brought an end to segregation in the city.

Buy This Feature
Additional Information
For more information on the Civil Rights Movement:
The following articles in the Encyclopedia of Alabama will also be of interest:Multimedia:

About the Author
Michael Sznajderman is a former newspaper reporter, editor, and columnist who now makes his living in corporate public relations. He continues to write freelance articles as time and energy permit. His pieces have appeared in publications ranging from Alabama Heritage to the Christian Science Monitor to the London Jewish Chronicle. He has won writing awards from the National Press Club and the Alabama Associated Press Managing Editors Association, among other organizations. He and his family live in Birmingham. He wishes to thank Jim Baggett, Horace Huntley, Bob Kracke, and William Nunnelley for their assistance in preparing the article.
Back to Top 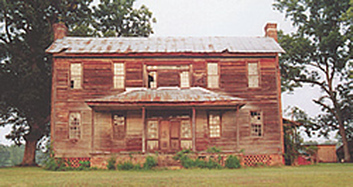 The Alabama Preservation Alliance and the Alabama Historical Commission have once again listed Alabama's most significant historic "Places in Peril." This year, AHC Endangered Properties Coordinator Keri Coumanis focuses on historical sites that are in danger of being lost due to economic pressures. Lack of funding, too much economic growth, and urban redevelopment all threaten to uproot places of historical value. With local interest, however, these historical sites can be preserved for future generations. From the vandalism of rural cemeteries, to the deterioration of Bryce Hospital, to the lack of protection for the Civil War battlefield at Day's Gap in Cullman County, Coumanis illuminates a critical need.

About the Author
Keri Renee Coumanis joined the Alabama Historical Commission in 2002 as the Endangered Properties Coordinator. A native of Mobile, she holds a B.A. in English and Philosophy from Loyola University in New Orleans and a Masters in Preservation Studies from the Tulane University School of Architecture.
To read about more places in peril, click here for our Places in Peril blog.
Back to Top 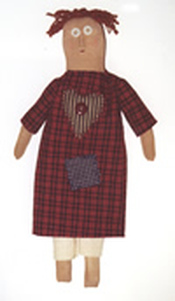 The Appalachian primitive doll has been a standard plaything for many children in the mountain communities of Alabama and northwards. These dolls exist in many variations, and have become highly sought-after items of folk art. As examples of the evolution of children's toys, and as windows into the rich cultures that produced them, these dolls serve an important educational purpose.

About the Author
Alison Burke is a freelance writer and author based in Lemoore, California.
Back to Top 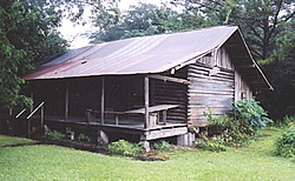 At first glance, the home created by Gibeon Sullivan seems unremarkable: four bedrooms, a dogtrot, constructed of broad strips of hand-hewn timber. But one feature of the cabin would transform his front porch into an important place in Wagarville: the "cooling-board," where the community's dead were displayed before internment. This piece offers a valuable insight into a different time, when death was more visible and funerals were important community events.

About the Author
Breck Stapleton is a journalism major and freelance writer living in Sumrall, Mississippi.
Back to Top
Alabama Treasures
The 1863 Battle House Register

At one time, the Battle House was Alabama's only first-class hotel. Virtually every traveler of note passing through the South stayed there, and its tattered, leather-bound register contains the signatures of hundreds of important Civil War-era personalities who stayed at the hotel. This register captures a fascinating cross-section of southern high society at a pivotal historical moment.

About the Author
Aaron Welborn is assistant editor of Alabama Heritage  and managing editor of Black Warrior Review.
Back to Top 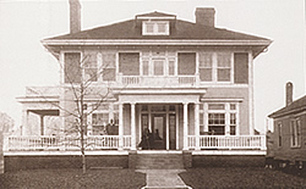 At the urging of the national YWCA,
a segregated branch was established
in Birmingham at 500 Eighth Avenue North
Ashley Grantham and Gillian Goodrich;
Photograph by YWCA of Birmingham)
Recollections
Birmingham's Black YWCA

By Ashley Grantham and Gillian Goodrich

From its beginning in 1912, the YWCA's Eighth Avenue Branch offered practical training, fellowship, and safety for young black women looking to make their own way in the industrial city of Birmingham. The Eighth Avenue Branch played a strong role in the Birmingham black community, and its history is important to that of the city itself.

About the Authors
Ashley Grantham and Gillian Goodrich are conducting research on Birmingham's black YWCA for the centennial exhibit. 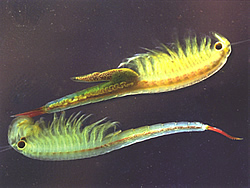 Fairy shrimps densely populate temporary, mineral rich, vernal pools. These extremophiles--relatives of the famous "sea monkey," the brine shrimp--exhibit a "pulsed" life cycle, with no contact between generations. L.J. Davenport describes this life-cycle and discusses the ways in which the fairy shrimp has adapted to survive in extreme conditions.