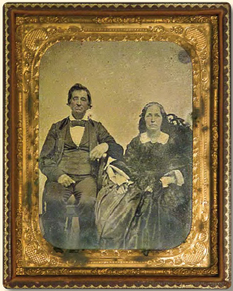 Two hundred years after its original founding, the family farm of Thomas McCrary still prospers in Alabama’s Madison County. Bought by McCrary when he was an enterprising Carolina youngster, the farm became his family homestead and livelihood, evolving over the centuries from a cotton farm to land for cattle and assorted crops. Listed on the National Register of Historic Places, this complex boasts several original buildings and a large collection of historical furnishings, many of them built locally in Huntsville. One of Alabama’s oldest family-owned working farms, the McCrary farm remains a testament to Thomas McCrary’s nineteenth-century entrepreneurial spirit and a valuable example of preservation at work.

Buy This Feature
﻿Additional Information
The following articles in the Encyclopedia of Alabama will also be of interest:Multimedia:
About the Author
Joseph M. Jones is a former Alabama newsman, the first news chief of Huntsville’s NASA-Marshall Space Flight Center, and later its director of public affairs. He is now retired. This article, written in March 2008 and revised in September, was prepared with the careful collaboration of Alice Thomas McCrary and Marguerite Ellison, along with other members of the McCrary family. ​
Back to Top 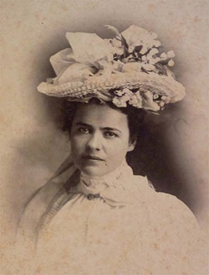 At the turn of the twentieth century, Adelaide Mahan, a young Brierfield native, left Alabama to pursue artistic training at New York City’s Cooper Union. In New York, Mahan studied with prominent artists such as J. W. Twatchman, Willard Metcalf, and R. Swain Gifford. Mahan further developed her talents in such far-flung locales as Nova Scotia and Honduras, but she always returned to her Alabama roots, coming back to spend the majority of her adult life in Brierfield. Throughout her life, Mahan pursued her passions and remained fiercely independent, becoming a talented and prolific, if little-known, Alabama artist. Thanks to recent scholarship and interest in her work, Mahan’s artistry is now earning the recognition it so heartily deserves. Sandy Swindall chronicles this southern original, her life, and its adventures—from budgetary self-inoculation to an apparently cantankerous meeting with Picasso.

Buy This Feature
Additional Information
Mahan's work will be on exhibit during the month of July 2009 at the Carnegie Visual Arts Center in Decatur. A reception celebrating the exhibit will be held the evening of July 17th. See the Carnegie Arts Center website for updates, as they become available.

About the Author
Sandra Herrin Swindall received a BA in Psychology from Bellarmine University in Louisville, Kentucky, and an MS in Elementary Education from Samford University in Birmingham. She is the author of “Clarissa’s Space” in Chicken Soup for the Soul Celebrates Teachers(HCI, 2003) and numerous stories published in Down Home. A third grade teacher at Meadow View Elementary School in Alabaster, Swindall enjoys writing, painting, tending to chickens, and studying Native American culture and history. She would like to thank Mike and Linda Mahan of Brierfield, Alabama, for their assistance in researching this article, and particularly for allowing her access to Adelaide Mahan’s letters and belongings; David Chenkin, Asst. Registrar at Cooper Union in New York; and Graham Boettcher, Curator of the American Art Collection, Birmingham Museum of Art. The author would also like to thank her family, Alan, Jessica, Sara, and Michael for their support and willingness to listen to her discoveries about Adelaide Mahan.
Back to Top

On April 9, 1865, mere hours from the moment when Gen. Robert E. Lee surrendered the Army of Northern Virginia at Appomattox, one last Civil War battle raged at Alabama’s Fort Blakely. The men there knew nothing about Lee’s surrender, so they valiantly struggled on—the Confederates trying vainly to protect their fort from the Union troops that ravaged it. Although this battle has been largely ignored in history, since Lee’s surrender rendered it seemingly moot, the men who fought at Blakely waged a fierce and determined battle on the land now preserved as Historic Blakely State Park.

Buy This Feature
Additional Information
The following articles in the Encyclopedia of Alabama will also be of interest:
About the Author
Jim Noles is an attorney with the Birmingham law firm of Balch & Bingham LLP, where his practice focuses on environmental law and legal issues associated with historic and cultural properties. He is a graduate of the United States Military Academy at West Point and the University of Texas School of Law. He is also the author of such books as Twenty-Three Minutes to Eternity: The Final Voyage of the Escort Carrier USS Liscome Bay (Tuscaloosa: University of Alabama Press, 2004), A Pocketful of History: Four Hundred Years of America—One State Quarter at a Time (Boston: Da Capo Press, 2008), andMighty by Sacrifice: The Destruction of an American Bomber Squadron—August 29, 1944, forthcoming from the University of Alabama Press in the summer of 2009.
Back to Top

The BSC team dwindled to twenty-one players
for its final season
(Birmingham-Southern College Archives)
The BSC-Howard Rivalry: Birmingham’s ‘Battle of the Marne’

By Benjamin Lewellyn and Peter Starr

The annual Birmingham-Southern College and Howard College (now Samford University) football game remained one of Alabama’s fiercest sports rivalries for much of the first half of the twentieth century. Known as the South’s own ‘Battle of the Marne,’ the BSC-Howard game drew attention from governors, mayors, U.S. senators, and even Wallace Wade, the University of Alabama’s first national championship–winning football coach. The rivalry soon spread off the field and infiltrated the student body of both schools; eventually the extra-curricular events spiraled from imaginative pranks and mascot abductions to destructive vandalism and even manslaughter. Though this intense rivalry ended with the disbandment of Birmingham-Southern’s football program in 1939, it nevertheless brought a flash of exhilaration to the city of Birmingham each year, uniting the community in the much-anticipated weeks of late November.

An Atlanta native, Peter Starr is a senior majoring in history and minoring in Spanish at Birmingham-Southern College. After graduating in May 2009, Starr will study Spanish in Costa Rica as a Rotary Ambassadorial Scholar and apply to law school. His most recent publications include “‘Ideas Have Consequences’: The John Birch Society and the Reasonable Right,” which was published in Birmingham-Southern’s Compass, and Panthers on the Gridiron: Football at Birmingham-Southern. 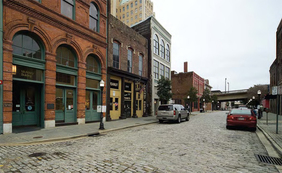 As urban centers rapidly expand to meet the needs of growing populations, historic town centers often get overlooked or abandoned. Determining the optimal way to maintain a town’s historic core has proved challenging for urban planners, who must balance preservation with contemporary practical needs. Luckily, over the past few decades, trends have shown that maintaining a town’s historical heritage can actually increase the intrinsic value of a town by bolstering its sense of place and culture.

About the Author
Frank Nola Jr. is an architect in Huntsville. His practice centers on schools, traditional residences, and historic preservation. He is responsible for numerous projects in Huntsville’s Twickenham Historic District. Robert Gamble and Melanie Betz Gregory, architectural historians for the Alabama Historical Commission, serve as the standing editors of the “Southern Architecture and Preservation” department. 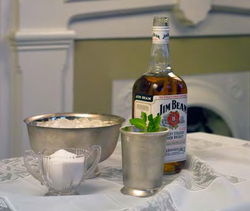 Although it is perhaps best-known for its appearance on the first Saturday in May, as the traditional drink of the Kentucky Derby, the mint julep’s importance to southern culture transcends this one event. In fact, the drink boasts a rich heritage, complete with hotly debated and even occasionally duel-inducing recipes, celebrity imbibers, and serving dishes passed down as family treasures. Author Lisa Cahill traces the history of this quintessentially southern beverage.

About the Author
Lisa Cahill is a freelance writer who was born in the South and now lives in New Mexico. She maintains strong ties with family and friends in Mississippi, Alabama, Georgia, and Texas.
Back to Top 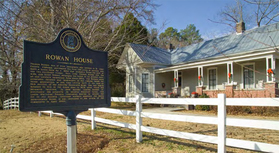 Decades ago the Alabama Historical Association began to post markers at historic sites along Alabama’s roadways, making a car ride an education in the Alabama past. Erected now by several different agencies throughout the state, the markers reflect how historical interests and cultural values evolve over time.

About the Author
Norwood A. Kerr has served as a research archivist with the Alabama Department of Archives and History in Montgomery since 1989. He has chaired the Alabama Historical Association’s historical marker committee for the last eighteen years, and he also teaches Alabama and world history courses at Auburn University in Montgomery.

Unlike now, when war combatants’ bodies are typically identified and returned home, a lack of technology and the sheer number of dead soldiers in the Civil War led to chaotic, ineffective methods of identifying and retrieving men killed in combat. Author Stephen Goldfarb reviews texts of the Civil War, particularly those concerning the immense number of casualties caused by combat. Books reviewed include Drew Gilpin Faust’s This Republic of Suffering: Death and the American Civil War (Knopf, 2007); Mark E. Neely Jr.’s The Civil War and the Limits of Destruction (Harvard University Press, 2007); and Mark Grimsley’s The Hard Hand of War: Union Military Policy Toward Southern Civilians, 1861–1865 (Cambridge University Press, 1995).