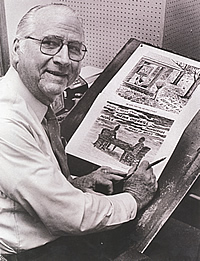 Charles Brooks showed a talent for illustration as early as high school. When he attended the Chicago Academy of Fine Arts and was later hired by the Birmingham News as its first political cartoonist, he molded this talent into a memorable career. Brooks worked for the Birmingham News for close to forty years, recording countless political and social events in his own caustic perspective. Jim Baggett presents many of Brooks's cartoons, which reveal a keen social insight into Alabama politics, and remain relevant to this day.

About the Author
James L. Baggett is head of the Department of Archives and Manuscripts at the Birmingham Public Library and Archivist for the City of Birmingham. The author wishes to thank Charles Brooks, Yolanda Valentin, and Regina Ammon for their assistance in the preparation of this article. In 1998 Charles Brooks donated more than 3,800 of his original cartoons to the archives of the Birmingham Public Library.
Back to Top

The Gold Star Collection began as a project to create a book memorializing young Alabama heroes who died in World War I. After the war, Dr. Thomas Owen, then head of the state archives, began collecting information about soldiers from across the state. Dr. Owen died before he could finish the project, and it was turned over to his wife, Marie Bankhead Owens, who succeeded him as head of the archives. Unfortunately, other matters took precedence and the Gold Star book was never published.

Eighty years later, writer Sam Duvall seeks to honor those Alabamians who died in WWI by telling the stories of a few of the "Gold Star" boys. Men of all religions, ethnicities, and economic backgrounds represented Alabama during WWI. Duvall's vignettes seek to memorialize the lost soldiers and acknowledge their contributions to Alabama, the country, and the Great War.

Buy This Feature
Additional Information
For further reading about "The Great War," the author suggests:
The following articles in the Encyclopedia of Alabama will also be of interest:Multimedia:

Duvall would like to thank Dr. Ed Bridges, director of the Alabama Department of Archives and History, for introducing him to the Gold Star Collection, for reading the story and making constructive suggestions, and for providing copies from the Gold Star files for the story. Thanks are also due to archives staff members Ken Tilley and Dr. Norwood Ker for their direct help in securing photographs and copies of information for the Gold Star story and to Dr. Kerr for proofreading the finished article. In April 2004, the archives plan to post the names of all Gold Star soldiers on its website.
Back to Top 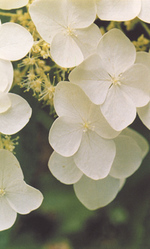 In 1772, William Bartram left his Pennsylvania home and set out for the remote frontier of the South. After visiting Georgia and the Carolinas, Bartram eventually made his way to Alabama, where he discovered several new species of plants, including the giant primrose, the cherry laurel, and the pyramid magnolia. John C. Hall recalls the impact Bartram's travels and findings had on natural science, as well as Romantic poets.

Additional Information
For those interested in pursuing William Bartram, the author suggests visiting the Bartram Trail Conference website, which has links to many Bartram-related sites, including Historic Bartram's Garden in Philadelphia. He recommends the following books:

About the Author
John Hall, retired from the Alabama Museum of Natural History, is still active as a Research Associate. A frequent contributor to Alabama Heritage,  Hall has written on Hernando De Soto, state geologist Eugene Allen Smith, and Alabama meteorites. Currently he is working on a "lost landscapes" project--what Alabama looked like at the beginning of the historic period--and is gathering material for a piece on the myth of Prince Madoc.
Back to Top 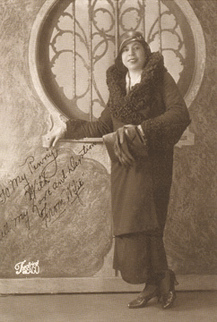 Lillian on stage in Chicago in the 1930s
(John and Vivian Gadson)
Lillian Goodner: Queen of the Sepias

A little known jazz singer from Alabama almost slipped into obscurity after her death in 1994. Luckily, Lillian Goodner's impressive collection of photographs of jazz stars such as Josephine Baker, Blanche Calloway, and Bessie Smith were discovered shortly before she passed away. Marc Bankert's story, with many of Goodner's photos, documents her five-decade-long career as a performer and provides an intimate look into the lives and careers of some of the Jazz Age's biggest stars.

Additional Information
For further reading, Bankert suggests: Bernard L. Peterson's A Century of Musicals in Black and White (Greenwood Press, 1993), Henry Sampson's Blacks in Blackface (Scarecrow Press, 1980), and Allen Woll's Black Musical Theatre (Louisiana State University Press, 1989).
Buy This Feature
About the Author
Marc L. Bankert, a native of Montgomery, Alabama, worked in entertainment and education. He is now organizing an exhibit of Lillian Goodner's photograph collection of performers of the '20s and '30s. He also plans to write a book about Lillian Goodner's life and times.

Bankert welcomes information from those who have knowledge of Lillian, her family, or the friends in her photographs. He is searching for one of Lillian's niece--daughter of Joe Paige and sister of jazz singer May Knott--who is believed to live in Minneapolis or St. Paul, Minnesota. He would also like to hear from relatives of other entertainers from the '20s and '30s. You can contact Bankert at 2133 Meadowlane Drive, Montgomery, AL 36101 or 334-834-1578 or via email.
Back to Top 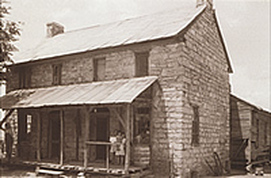 With its small windows and sturdy walls of carefully laid native limestone, the old Shelby-county house is early nineteenth-century Alabama's only known stone dwelling. Though time is taking its toll, with proper appreciation and care, a unique Alabama landmark could again come into its own.

About the Author
Robert Gamble is Senior Architectural Historian with the Alabama Historical Commission.

Back to Top
Alabama Treasures
"Alabama": Story of a Song

Officially adapted in 1931, Alabama's state song unites the poem "Alabama" by Julia Tutwiler with a melody composed by Edna Gockel-Gussen, making the state song yet another of the many contributions of Julia Tutwiler to the culture of the state.

Additional Information
The following articles in the Encyclopedia of Alabama will also be of interest:Multimedia:
About the Author
Kristen Record, a native of Marietta, Georgia, is a journalism major at the University of Alabama and a former intern for
Alabama Heritage.
Back to Top

Opossums, "living fossils," are marsupials, placing them among the Earth's oldest surviving mammals. Primitively clumsy and slow, with conical heads and pointed pink noses, these omnivores are well known both from the wild and from popular sayings.

Additional Information
The following items in the Encyclopedia of Alabama will also be of interest:
About the Author
Larry Davenport is a professor of biology at Samford University, Birmingham