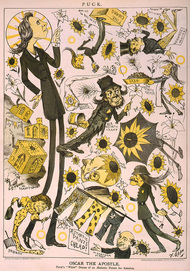 Throughout the winter and spring of 1882, the Irish-born poet, playwright, and novelist Oscar Wilde conducted a lecture tour of the United States. Wilde’s speeches coincided with performances of Gilbert and Sullivan’s Patience—a comic opera that parodied the excesses and eccentricities of the Aesthetic Movement. Many American audiences viewed Wilde as the embodiment of this controversial “Art for Art’s Sake” philosophy, and nowhere in the country did he face more skepticism than in the post-Reconstruction South. Despite scathing criticism from more than a few journalists, Wilde won over his Alabamian public and left with a special fondness for the state and its people.

Buy This Feature
Additional Information More information about Oscar Wilde and his works can be found online:
The following article in the Encyclopedia of Alabama will also be of interest:

About the Authors
William Warren Rogers is a native Alabamian and a graduate of Auburn University and the University of North Carolina where he earned his Ph.D. in history. He has been active in teaching, researching, and writing books and articles on the South, concentrating on the three states of Alabama, Georgia, and Florida. He is professor emeritus of history, Florida State University. Among his works are Alabama: The History of a Deep South State (University of Alabama Press, 1994), which he co-authored with Robert David Ward, and The One-Gallused Rebellion: A History of Agrarianism in Alabama, 1865–1896 (University of Alabama Press, 2001).

Robert David Ward was also born in Alabama and attended Auburn University and the University of North Carolina where he got his doctorate in American history. He is a professor emeritus of history at Georgia State University at Statesboro. Ward has published many articles and books about southern history, especially Alabama, many of them co-authored with Rogers. Among Ward’s books are Alabama’s Response to the Penitentiary Movement, 1829–1865 (University Press of Florida, 2003), and the co-authored Alabama: The History of a Deep South State (University of Alabama Press, 1994).
Back to Top 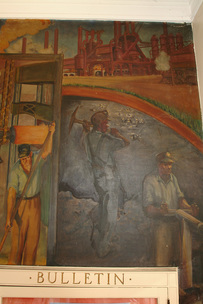 During their marriage, architect Frank Hartley Anderson and artist Martha Fannin Fort not only produced a sizable body of art (both collaborative and individual), but also worked tirelessly to support Alabama’s artistic community. The Andersons, whose various mediums included woodcuts, etchings, portraits, and paintings, created artwork that toured the country, and even the world. Participants in several New Deal Art Programs, the Andersons’ many projects included large educational murals for schools and post offices. By teaching art classes, producing affordable art prints, and undertaking public art projects, the Andersons sought to bring art to all levels of society. Founders of Anderson Galleries and the Southern Printmakers Society, the Andersons ultimately raised national awareness of southern artists.

Additional Information
The following articles in the Encyclopedia of Alabama will also be of interest:
About the Author
Lynn Barstis Williams is Special Collections and Art Librarian at Auburn University. Her article on the history of Alabama’s Gulf Coast art colonies, which Genevive Southerland organized in Mobile, Bayou la Batre, and Coden, appeared in the May 2000 issue of Gulf South Historical Review. She also has published an article on the Dixie Art Colony in Alabama Heritage, issue 41, Summer 1996. Her book on southern printmakers and their images of the South is forthcoming from the University of Alabama Press.

Errata
• The caption on page 23 of “An Artistic Blend: Frank and Martha Anderson” refers to Lakewood School. The school was actually Lakeview School. 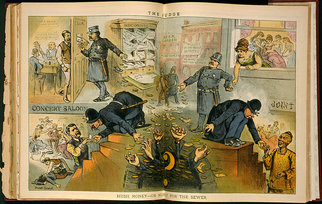 The most celebrated and philanthropic of Birmingham’s madams, Lou Wooster was a kind and maternal caregiver who also possessed the gifts of storytelling and self-promotion. Born in Tuscaloosa and raised in Mobile, she fell on hard times after her parents’ deaths. She became, at the hands of her gentleman rescuers, first a ward, then a mistress, and “fell, step by step, until at last I was beyond redemption.” Her travels, as recorded in her autobiography, take her from the stage in New Orleans to the brothels of Montgomery and Birmingham. She also claimed to have had a liaison with John Wilkes Booth that provided much fodder for the journalists of her time. Wooster became famous not only for her high-class brothels but also for her humanity, her charity, and her kindness.

Buy This Feature
Additional Information
For more information on the history of prostitution in Birmingham, see “Prostitution in Birmingham, Alabama, 1890—1925,” by Ellin Sterne (M.A. Thesis, Samford University, 1977). For a good history of prostitution in the United States during Lou Wooster’s era, see The Lost Sisterhood: Prostitution in America, 1900—1918 by Ruth Rosen (Johns Hopkins University Press, 1982). Two recent books examine the life of John Wilkes Booth and the legend that he was not killed in 1865. These are American Brutus: John Wilkes Booth and the Lincoln Conspiracies by Michael W. Kauffman (Random House, 2004) and The Legend of John Wilkes Booth: Myth, Memory, and a Mummy by C. Wyatt Evans (University Press of Kansas, 2004). 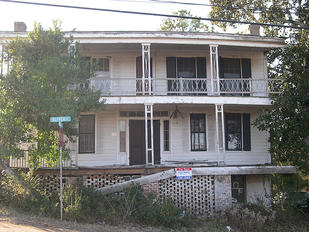 To Get Involved
Since 1994, the Alabama Historical Commission and the Alabama Preservation Alliance have joined forces to sponsor “Places in Peril”, a program that each year highlights some of the state’s significant endangered properties. As awareness yields commitment, and commitment yields action, these endangered properties can be saved and returned to their important place as treasured landmarks. The “Places in Peril” program has helped to save many important landmarks that may otherwise have been lost. These include the Forks of Cyprus ruins in Florence (listed 1997), the John Glascock House in Tuscaloosa (listed 2001), the Lowe Mill Village in Huntsville (listed 2002), the Coleman House in Uniontown (listed 2003), and Locust Hill in Tuscumbia (listed 2004).
Everyone can play a role to help save those resources that are in peril. Adopt one of the properties. Tell everybody you know that it is important. Write letters of support. Volunteer time or expertise to the local preservation group. If one of the places really strikes you, go ahead and buy it! A generous (or even modest) donation to the “Endangered Property Trust Fund” can help statewide. For more information on the fund or joining the Alabama Preservation Alliance, call 334-834-2727 or email. For Additional information on the “Places in Peril” program, visit the Alabama Historical Commission website or contact Melanie Betz at 334-242-3184.

About the Authors
Melanie Betz Gregory joined the staff of the Alabama Historical Commission in the fall of 1989. A native of Illinois, she holds a B.A. in art history from Western Illinois University and a M.A. in architectural history and historic preservation from the University of Virginia. Ms. Gregory is currently working with the Endangered Properties program.

Ellen Mertins currently serves as Director of Outreach for the Alabama Historical Commission. She joined the staff in 1970. She has a B.A. in history from Tulane University. 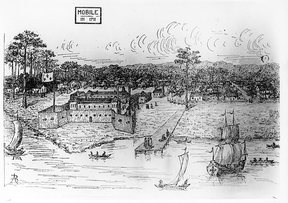 When a royally attired young woman arrived in colonial Mobile claiming to be the Russian Princess Charlotte Christina Sophia of Brunswick-Wolfenbuttel, who was to doubt her? Many, as it turned out, and with good reason: The real Princess Charlotte had reportedly died in 1715 and was buried in a royal tomb in St. Petersburg. Charlotte’s “survival” story, wild as it was, included a fake funeral and flight from an abusive husband, culminating in a trans-Atlantic journey on a ship full of German immigrants. The deception survived until 1765, when her masquerade was exposed by Voltaire himself.

About the Author
Pam Jones is a freelance writer in Birmingham with a particular interest in criminal cases from Alabama’s past.

Most of us know about the tragic Sixteenth-Street Baptist Church bombing of 1963. But how many of us are aware of the second disaster that struck the historic building? Time. One of Birmingham’s most important civil rights landmarks was almost lost to mould, groundwater leakage, and the insidious spread of cracks through the exterior masonry. However, efforts are being made to reverse the damage. In conjunction with the feature story, Places in Peril, Alabama Heritage brings you a story of architectural success.

To Get Involved
If you wish to contribute to the capital campaign to restore and maintain the Sixteenth Street Baptist Church, or if you have questions about the project, feel free to contact them:

About the Author
Aaron Welborn is an assistant editor at Alabama Heritage. Brittani Tingle contributed to this article.
Back to Top 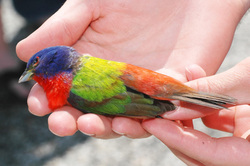 Spring migration to Dauphin Island is a pilgrimage for birdwatchers, as well as for the birds themselves. The island is one of the most heavily trafficked bird migration sites on the continent, bringing in more than 180 avian species during peak season, including the rare and illustrious painted bunting. Bird fanatics gather here in equal numbers, hoping for a glimpse of this rare, bright-feathered jewel.

Additional Information
For more information on Dauphin Island, or to plan your own birding trip, visit:
The following articles in the Encyclopedia of Alabama will also be of interest: