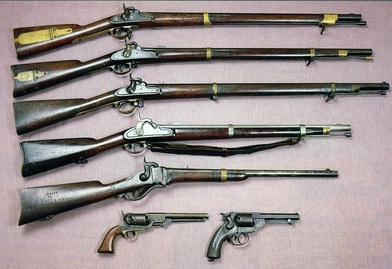 At the beginning of the Civil War, the North produced 97 percent of all firearms and railroad equipment in America, while the South had not a single battery of field artillery and only one factory capable of fabricating a military weapon of any kind. During the course of the four-year war, however, the South managed to create from scratch an amazingly effective ordnance system producing everything form uniforms to powder to cannon. The heart of that ordnance system lay in the state of Alabama. Together, the Selma operation and the state's own small manufacturing firms succeeded in creating, however briefly, Alabama's first industrial revolution.
Buy This Feature
Additional Information

About the Author
Doug Jones, professor of geology at the University of Alabama, director of the Alabama State Museum of Natural History, and dean of the College of Arts and Sciences from 1969 to 1984, became interested in the Civil War as a teenager, when, he says, "there were still things around on battlefields to pick up." In the intervening years, Jones has become an avid collector of Civil War memorabilia, an accomplished restorer of antique weapons, and in 1980, a member of the American Society of Arms Collectors. "So much of early American society," he says, "is reflected in the history of utility items like weapons.'' Weapons terminology has even become part of our language, says Jones, citing phrases like "lock, stock, and barrel,'' ''flash in the pan,'' and ''going off half-cocked," and the onomatopoeia "sis-boom-bah" (the sound of a cannon salute: "sis," the hiss of the fuse, ''boom,'' the report of the gun, and ''bah,'' the echo of
the shot).

The author wishes to thank Hodo Strickland and Jerry Oldshue for their assistance with portions of this article.
Back to Top 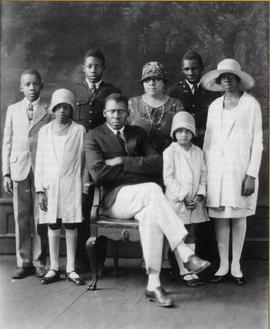 
For over fifty years, beginning in the 1930s, Prentice Herman Polk's skillful hand and artistic sensibility documented the rural South through photography. These were wrenching years of transition for both the region and its people. By the time Polk was born at the end of the nineteenth century, the first generation of free black men and women had grown to adulthood and had found themselves rootless in a new economic, social, and political order. As the twentieth century dawned, the outlook for African Americans was bleak, but a new sense of racial pride was taking shape. Freed from the restrictions of slavery, black men and women, for the first time, were able to pursue careers in the arts, searching for new ways to express the black experience in America. One of those black artists was the photography P.H. Polk.
Buy This Feature
Additional Information

About the Author
Maryanne Gillis Culpepper, a producer/director for Auburn Television, Auburn University, holds a master's degree in journalism and communications from the University of Florida. With Bruce Kuerten, she co-produced "Lost in Time," a one-hour documentary on southeastern prehistory that aired nationally on PBS in 1985, and "First Frontier," a dramatic documentary on southeastern history (1540-1835), slated for broadcast in February 1987. Currently she is working on "Living Blues,'' a program on the history of blues and its impact on popular music.

Culpepper first met P. H. Polk in 1981, when she was researching a multimedia presentation for Tuskegee Institute on the life of George Washington Carver. Her interviews with Polk form the basis for this article.

For his assistance in assembling photographs for this article, the editors would like to thank Mr. Donald Polk.
Back to Top 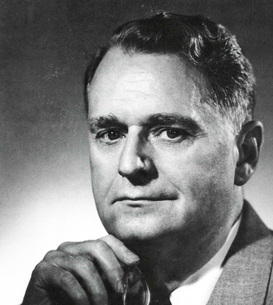 Roy S. Simmonds recounts the life of Alabama's forgotten genius, William March. March's evocation of Alabama small-town life at the turn of the century is vivid and unrelenting in its veracity. Whatever the verdict of posterity may be, there is no denying that March's legacy to the world will remain a rich and revealing chapter in the literary history of Alabama.

About the Author
Roy Simmonds, a retired British government official, was born in London, England, and now lives in Billericay, Essex. Since his teenage years, Simmonds has had "an abiding interest in modern American literature." Over the course of the past twenty years, he has contributed articles on John Steinbeck and William March to various scholarly journals in the United States. He became interested in William March sixteen years ago, and from the moment of his first acquaintance with the Alabama author's work, Simmonds writes, he ''became convinced that March was one of the most shamefully neglected of all twentieth-century American writers."

Simmonds' biography of March, The Two Worlds of William March, was published in 1984 by The University of Alabama Press. At present, he is writing a biography of the American short story anthologist Edward J. O'Brien, who edited the annual Best Short Stories collections from 1915 until his death in 1941. These short story anthologies, says Simmonds, led to his interest in modem American literature.
Back to Top