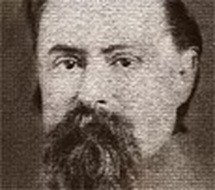 Commander of the Fifteenth Confederate Cavalry, Col. Harry Maury proved to be both a hero and a rogue. Generations later, historians still struggle to classify him. A nephew of Gen. Dabney Maury, he benefited from the patronage common among prominent families, though his uncle blanched on occasion at his nephew’s untraditional and incompetent bouts. However, the young colonel’s men loved him, and many of them followed him from unit to unit. Wounded four times during the war, Maury’s fiery and stubborn personality remained with him until his death—which some believed was caused by unforgiving Unionists still angered by the Confederate officer’s passionate wartime conduct.

Additional Information
The following articles in the Encyclopedia of Alabama will also be of interest:
About the Author
Zack C. Waters, a fifth-generation Floridian, was born in Ocala in 1946. He received a BA (English) from the University of Florida and JD (law) from the University of Memphis. After working as a reporter and grant writer, Waters moved to Rome, Georgia, in 1981. He is currently adjunct professor at Georgia Highlands College. A young adult novel by Waters, Blood Moon Rider, was published recently, and he has written numerous articles for Civil War and historical publications, primarily chronicling the history of the Florida Confederate soldiers. Waters and Jimmy Edmonds coauthored A Small but Spartan Band: The Florida Brigade in Lee’s Army of Northern Virginia, published by the University of Alabama Press in 2010. Waters and his wife Vonda live in Rome, Georgia. They have two children—Luke (25) and Lauren Rose (21). 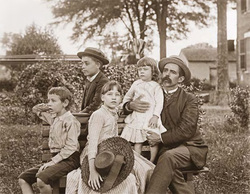 Dr. Eugene Smith's only daughter
is pictured in this 1889 photograph
(W.S. Hoole Special Collections Library,
The University of Alabama)
Capsule in a Cornerstone: The Treasure of Smith Hall

Part of the “Greater University” plan, the construction of Smith Hall at the University of Alabama received great attention. In conjunction with placing the building’s cornerstone, university officials and community members assembled a time capsule commemorating their era in the university’s history. John Hall catalogues the capsule’s opening in 2010, offering a rare glimpse at the items—from cartoons to epaulettes, wedding rings to family photographs—considered special enough to warrant such preservation. This issue of Alabama Heritage will be included in a new capsule, soon to be placed in the Smith Hall cornerstone for another hundred years.

About the Author
John Hall is director of the emerging Black Belt Museum at the University of West Alabama in Livingston. He was assistant director of the Alabama Museum of Natural History in Smith Hall for twenty years, and, though he knew there was a capsule in the cornerstone, he never dreamed how interesting it would be. Hall is a frequent contributor toAlabama Heritage and has contributed articles on the Hodges Meteorite, Hernando de Soto, Eugene Allen Smith (with Frances Robb), William Bartram, and Prince Madoc. He and environmental photographer Beth Maynor Young are authors of the prize-winning University of Alabama Press book, Headwaters: A Journey on Alabama Rivers. 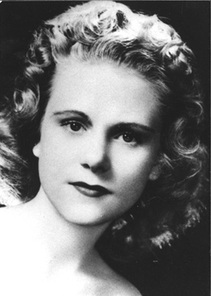 In 1965 Detroit housewife, mother, and student Viola Liuzzo traveled south to participate in the civil rights events taking place in Selma. She never saw home again. Murdered by the Klan in the aftermath of the Voting Rights March, Liuzzo quickly became a flashpoint for many of society’s issues, as people from all sides of the political spectrum tried to figure out what motivated Liuzzo’s involvement. At the time, many cast her as a rebellious northern woman who meddled where she didn’t belong. Her murder also evoked debates, often heated, about “proper” roles for women. Decades after the fact, though, with the revelation of an FBI cover-up and smear campaign, Liuzzo’s legacy has been vindicated.

Additional Information
Mary Stanton is also the author of a brief biographical sketch of Viola Liuzzo for the on-line Encyclopedia of Alabama.

About the Author
Mary Stanton is a historian whose primary interest is white civil rights activism. She has written four books about the movement years in Alabama, including From Selma to Sorrow: The Life and Death of Viola Liuzzo (University of Georgia Press, 1998), on which this article was based. Research materials associated with producing From Selma To Sorrow are housed at the National Center for the Study of Civil Rights and African American Culture at Alabama State University in Montgomery. The center, directed by Dr. Janice Franklin, serves as a clearinghouse for information about Montgomery’s unique role as both the cradle of the Confederacy and the modern civil rights movement. Dr. Howard Robinson is the archivist. 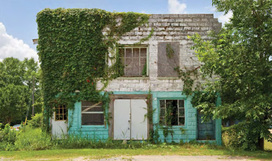 In conjunction with the Alabama Historical Commission and the Alabama Trust for Historic Preservation, Alabama Heritage presents its annual showcase of endangered historic properties throughout the state. This year’s lineup includes a cemetery, several homes of prominent Alabama families, a house that predates the Civil War, a community theater, a train depot, a black Farmer’s and Civic Association building, a family farm, the Federal Road, and cotton mills and historic wooden windows statewide. By educating readers about urgent preservation needs at these historically and culturally valuable sites, we hope to encourage their involvement in preserving these and other relevant sites in their communities.

Additional Information
Information about the Alabama Trust for Historic Preservation is available online, by mail at Station 45, Livingston, AL 35470, or by phone at 205-652-3497.

About the Author
Donna Castellano has spent the past twenty-five years researching, writing, and preserving Alabama history. She holds an MA in history from the University of Alabama in Huntsville and is the principal of EmbarkAlabama, a freelance writing and public relations firm. She is the author of Through the Garden Gate: The Gardens of Historic Huntsville and A Century of Service: Celebrating 100 Years of the YMCA in the Valley. 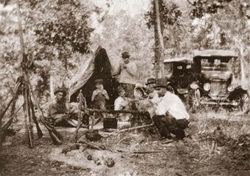 For over a century, members of one Alabama family have celebrated their ancestors by gathering for an annual squirrel hunt near the Talladega National Forest. Author Joe Jones chronicles the hunt, the family that preserves it, and the community they share.

Additional Information
The following articles in the Encyclopedia of Alabama will also be of interest:
About the Author
Joseph M. Jones of Huntsville is a former newsman and retired director of public affairs at the NASA–Marshall Space Flight Center. In recent years he has developed a keen interest in matters of the past and authored an article in the Winter 2009 issue of Alabama Heritage on the McCrarys of Madison County. 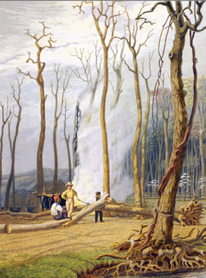 In this quarter’s installment of Becoming Alabama, Alabama Heritagetakes readers back once again to the Creek Wars, the Civil War, and the civil rights movement. Joseph Pearson explores the hardscrabble life of settlers in the Mississippi Territory as they took a chance on settling in Indian country. Megan Bever discusses the important role that secessionists’ beliefs played in the 1860 presidential election, while Matthew Downs considers the affect of the civil rights on the nation’s choice between presidential candidates a century later. This issue also features the new Becoming Alabama logo, designed by the Becoming Alabama partners to highlight the significance of these historic periods of our state’s history.

About the Author
Joseph W. Pearson is currently a PhD student in the Department of History at the University of Alabama. His research interests include the nineteenth-century South, antebellum politics, and political culture.

L. J. Davenport and other members of the Birmingham Audubon Society follow the travels of Philip Henry Gosse, the British naturalist whose 1838 visit to Alabama led to the publication of the state’s first scientific work, Letters from Alabama, (U.S.) Chiefly Relating to Natural History.

About the Author
Larry Davenport is a professor of biology at Samford University in Birmingham, Alabama.

Additional Information
In the winter of 1993, Alabama Heritage published Jerry A. Davis’s “Black Wings of Tuskegee,” which was a favorite with our subscribers.