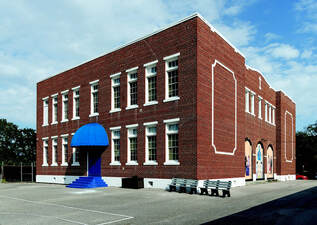 A Heritage of Service, A Mission of "Somebodiness"
​Mobile's Most Pure Heart of Mary
By Scotty E. Kirkland
​
Founded at the end of the nineteenth century, Mobile’s Most Pure Heart of Mary Catholic Church was established by the Josephite mission, which is committed to working with and advancing Black communities. Soon afterwards, the church added a school, and for decades the nuns who served as teachers joined with other school officials to advance the opportunities available and rights accorded to their students—even in moments when that advocacy put them at odds with members of the diocese. Though the school closed last year, its legacy shaped the lives of many children in Mobile and beyond.

About the Author
Scotty E. Kirkland, a frequent contributor to Alabama Heritage, serves as exhibits, publications, and programs coordinator at the Alabama Department of Archives and History. He earned degrees in history and social science from Troy University’s Dothan campus and the University of South Alabama. He is the author of a forthcoming book on politics and race in twentieth-century Mobile, a
project he worked on for more than a decade. Kirkland lives in Wetumpka with his wife and their two children.

Several interviews used to write this article were collected in an oral history project that was excerpted in a
book by journalist Robert McClory, From the Back of the Pews to the Head of the Class: Th e Remarkable Accomplishments of a Segregated Catholic High School in the Deep South (Chicago: Acta Publications, 2013). Th e interviews are now held at the Doy Leale McCall Rare Book and Manuscript Library at the University of South Alabama. 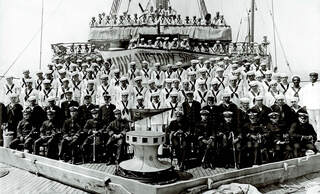 During World War I, while soldiers were called “doughboys,” those enlisted in the navy went by the term “gobs.” Alabama contributed a significant number of gobs to the war effort, though many of them did not return, instead making the ultimate sacrifice to the cause. These men—including Kelly Ingram, Jack Melvin, Ernest Harrison, Hamilton Thompson Beggs, Hezzie Raymond Brannon, Bascomb Newcomb Branson, Earl LeBaron, John Clarence Dempsey, and Austin Mize—indelibly shaped our collective future, representing Alabama honorably as they navigated the myriad challenges of the sea.
​
About the Author
Jerry A. Davis Jr., PhD, a Tuscaloosa native, teaches at the Oakridge School and Tarrant County College in Arlington, Texas. His work has previously appeared in Alabama Heritage (27, 104, 123), Alabama Review, American Presbyterians, Journal of the West, and Methodist History. For research assistance, the author thanks Jimmy Europe biographer R. Reid Badger, genealogist Berta Blackwell of Dale County, public historian Lee Freeman of the Florence-Lauderdale Public Library, archivist Vanessa Nicholson of Marion Military Institute, historian Martin T. Olliff of Troy University at Dothan, Courtney Pinkard and Ruth Smith Truss of the Alabama Department of Archives and History, the staff of the Southern History Department of the Birmingham Public Library, maritime historian William N. Still Jr. (PhD, Alabama 1964), and Joni Wood of the Ozark Dale County Public Library. 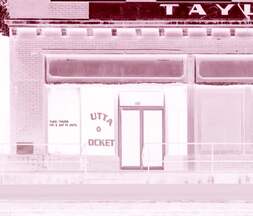 Nights of Terror in Butler County
By Sarah Sexton Miller

Though today Georgianna is a small, quiet town, it has not always been this way. At the end of the 1800s, it was wracked by a string of homicides. Not all of these murders were solved, though some attempts to determine the killers were tinged with the prejudices of the era. Eventually, though, several men were arrested for some of the killings, leading to their lynching prior to a trial. These men are known to have been part of a robbery gang, but questions remain about their culpability for the murders for which they hung.
​​
About the Author
Sarah Sexton Miller was born and raised in Butler County, Alabama, and currently resides near the community of Old Texas with her husband and children. She holds a master’s degree in collaborative education and has been an English language arts teacher in the Conecuh County school system for the past seven years. She has also taught social studies and genealogy. Miller is a self-taught traditional and genetic genealogist who enjoys building family trees and helping others solve their family mysteries. She learned of the Hipp-Kelley gang at a young age, but it was completely by accident that she recently discovered her own great-great-grandfather, Hershell Johnson McKay, was a member of the gang. Realizing just how much rich local history had been all but forgotten, Miller set out to use a combination of historical accounts and genealogy to tell the story of the early days of Georgiana. 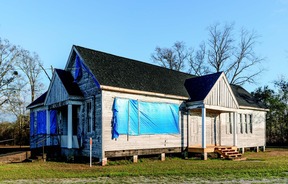 Since 1994 the Alabama Historical Commission, the Alabama Trust for Historic Preservation, and Alabama Heritage have partnered to promote Places in Peril, a public awareness program highlighting significant endangered historic properties in Alabama. As awareness yields commitment, and commitment yields action, these threatened properties can be saved as treasured and preserved landmarks. Places in Peril has encouraged the preservation of important places in Alabama that may otherwise have been lost. The program focuses on bringing attention to nominated places to rally local and statewide support. Over the course of twenty-eight years, the program has highlighted more than 260 resources. The 2021 list includes a hotel, a downtown, a church, and multiple schools. Being listed as a significant historic endangered site carries no formal protection, but it is hoped the listing generates the local support necessary for the preservation of these resources.

About the Author
Lee Anne Hewett Wofford is the deputy state historic preservation offi cer for the Alabama Historical Commission and has served on the AHC staff for more than twenty years. She oversees the federal and state historic preservation programs for Alabama, including the Alabama Register of Landmarks and Heritage, Alabama Historic Cemetery Program, National Register of Historic Places, and environmental review of federal projects, as well as state and federal tax credit programs. A native of Tuscaloosa, she received her BA and MA from the University of Alabama. Lee Anne is the proud mother of two boys.
Back to Top

From the Archives
By Scotty E. Kirkland

About the Author
Scotty E. Kirkland is exhibits, publications, and programs coordinator at the Alabama Department of Archives and History and a frequent contributor to Alabama Heritage. 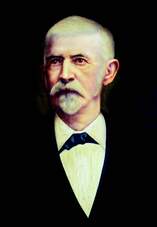 Alabama Governors
Edward A. O'Neal (1882-1886)
By Colin Rafferty
​​
A two-term governor, Edward O’Neal is also the only Alabama governor to have a son who also served as the state’s governor. During his tenure as governor, the state expanded, creating departments that remain influential today. However, it was not immune to problems; a state official fled with government funds, and some issues for which O’Neal advocated were not advanced.
​Correction: In the article, the author states that O'Neal graduated from "LaGrange College in Georgia." However, the correct LaGrange College is the one that was in Alabama at the time (the predecessor of the University of North Alabama).

About the Author
Colin Rafferty is the author of Execute the Office: Essays with Presidents (Baobab, 2021) and Hallow This Ground (Indiana University Press, 2016). 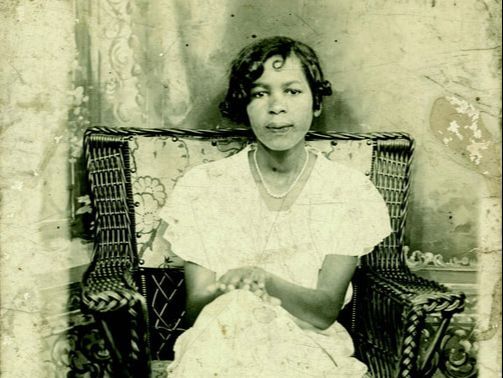 Behind the Image
​A Modern Woman
By Frances Osborn Robb
​
Before departing for Los Angeles, Frank Harris Cloud was a significant presence in the Birmingham community. This quarter’s column focuses on a portrait he took around 1930 in his Birmingham studio, through which careful observers can glean a wealth of information about the community in this era. 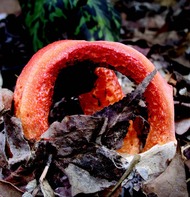 Nature Journal
Columned Stinkhorns and Other Earthly Delights
​By L. J. Daveport
​
In this quarter’s installment of “Nature Journal,” Alabama Heritage’s resident naturalist explores a lesser-known fungus, the columned stinkhorn. Along the way, he unpacks the history of biological classification, from Linnaeus to the present.
​
About the Author
Larry Davenport is a professor of biology at Samford University in Birmingham, Alabama.
Back to Top

Reading the Southern Past
The Ancient South
​By Stephen Goldfarb

Texts about early inhabitants of the area now known as Alabama shed important light on our shared history and contributions of the first people to walk these lands. Three books offer valuable insights on this topic: Mound Builders of Ancient America: The Archaeology of a Myth (New York Graphic Society, 1968) by Robert Silverberg; Mound Sites of the Ancient South: A Guide to the Mississippian Chiefdoms (University of Georgia Press, 2013) by Eric E. Bowne; and Moundville (University of Alabama Press, 2008) by John H. Blitz.