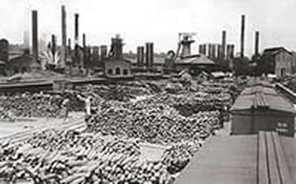 (Historic American Buildings Survey,
Prints and Photographs Division, Library of Congress)
The Making and Unmaking of The Woodward Iron Company

Today, from the interstate in Birmingham you can still see remains of the Woodward Iron Company, which was founded in 1881 and didn't cease production until 1973. Michael Fazio tells the story of the Woodward family who created the company that would be called the "most vertically integrated ironmaking system on Earth." The Woodward Iron Company was founded by Stimpson Harvey Woodward, an ironmaker from Massachusetts, and its dynasty was born in 1882 when the first mine was opened on Red Mountain. A virtual boomtown followed: miles of railroad track, four locomotives, fifty railroad cars, sixty-three single coke ovens, eighty double coke ovens, and housing for over a thousand employees, all of which later became the town of Woodward. Michael Fazio describes the rise of the Woodward Iron Company throughout the late nineteenth century and into the twentieth, a rise that contributed to a national iron industry that overtook England as the world's leading producer of the metal. The iron boom couldn't last forever, though, and as the company moved into the early 1900s, iron prices dropped, and everyone in the industry suffered. This included the Woodwards, who lost millions of dollars before the Great Depression. The story of the Woodward Iron Company is as much about the Woodward family and their struggles as it is about the rise and fall of the iron industry in Alabama.
Buy This Feature
Additional Information
For information on other iron manufacturing in Birmingham, visit the website of Sloss Furnaces. 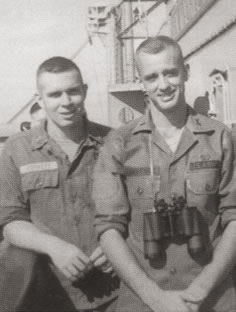 Mel Gibson was praised for his performance as U.S. Army Lieutenant General Harold Moore in last year's blockbuster We Were Soldiers, based on Hal Moore's book We Were Soldiers Once…and Young. In it, Moore describes the first vicious, but victorious, days of fighting in the Ia Drang valley of Vietnam. Philip Beidler's article picks up where the movie left off, telling the story of a tragic, terrifying ambush--a story that would never be fit for the silver screen. At the center of the horror of the battle was a twenty-four-year-old lieutenant from Troy, Alabama, named Jim Lawrence. Phil Beidler tells Jim's first-person account of what it was like to be in the middle of an enemy ambush. Jim Lawrence survived being shot point blank in the head and left for dead. He was rescued, and after he recovered from this injury, he went back to Vietnam to finish out his term in the army. Lawrence's story is one of personal victory set in the larger context of the victory of an outnumbered group of young soldiers who refused defeat in their first experience with combat.

Buy This Feature
Additional Information
The standard account of the Ia Drang Battles of X-Ray and Albany, as well as one of the great books to address the experience of the American war in Vietnam, is Harold G. Moore and Joseph L. Galloway, We Were Soldiers Once...and Young (Random House, 1992). It served as the basis of the film We Were Soldiers (Paramount, 2002).

Works from other perspectives include:

About the Author
Phil Beidler is Professor of English at the University of Alabama. He is a Vietnam veteran and recently won a Pushcart Prize for his writing about the Vietnam war.

Jim Lawrence is a managing partner of Lawrence Arrendell Humphries, a real estate firm in Birmingham. He is the author of Reflections on Lz Albany: The Agony of Vietnam. If you are interested in more information about his book, feel free to contact Jim via e-mail.
Back to Top 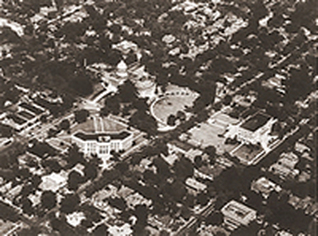 In the 1930s Alabama's capitol underwent a transformation. As Governor Bibb Graves completed his final term in office, he could watch with satisfaction the changes he had brought to the state capitol. Once just a building, Alabama's capitol was becoming a stately urban center. Governor Bibb had sought out the Olmsted Brothers—whose famous father had designed Central Park in New York City and the "Emerald Necklace" of parks in Boston—to design a plan for the new capitol. Mary Walton Upchurch walks through various aspects of the Olmsted Plan and points out its unique and creative design for the capitol. Although the Olmsted Plan wasn't used in its entirety, the influence of this famous landscape architecture firm can be seen in several of the buildings and in the beautiful grounds that surround Capitol Hill.

About the Author
Mary Walton Upchurch is a registered landscape architect living in Montgomery. She graduated from the Harvard Graduate School of Design where she won the Webel Prize for design excellence in landscape architecture.
Back to Top

Art in the South
For Purple and Gold: College Night at the University of Montevallo

As University of Montevallo alumni from all over the country convergeon the campus each February for Homecoming, they come neither for gridiron heroics nor for tailgate parties; they come for the show--two original, student-produced, musical theater productions--and an internecine rivalry without peer.

About the Author
Cynthia Shackelford is the director of public relations at the University of Montevallo and editor of Montevallo Today.
Back to Top
Recollections
Mildred Carter: Tuskegee Airwoman

Mildred Carter learned to fly alongside many of the famous Tuskegee Airmen as a member of the short-lived Civilian Pilot Training Program, an initiative designed to train undergraduates to become civilian pilots on the eve of World War II. She earned her pilot's license mere months before women were banned from the CPTP in the face of the oncoming war. Though the race- and gender-based discrimination prevented Mildred from using her pilot's skills on behalf of the war effort, aviation would always be central to Mildred's life, and--together with her husband, Herbert Carter--she is often honored at events honoring the Tuskegee Airmen.

About the Author
Michael Sznajderman is a former newspaperman and part-time freelance writer. He works full-time in corporate communications.
Back to Top 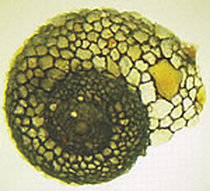 The Helicopsyche is a snail-mimicking, caddisfly larva; it performs a variety of vital functions in the rivers and streams of Alabama--grazing on submerged rocks and logs, catching and shredding decomposing leaves, piercing plant stems to sup their sap, and preying on smaller creatures. L.J. Davenport discusses the Helicopsyche life-cycle, as well as inquiring into the nature and purpose of its shell.

Additional Information
The following article in the Encyclopedia of Alabama will also be of interest:
About the Author
Larry Davenport is a professor of biology at Samford University, Birmingham, Alabama.