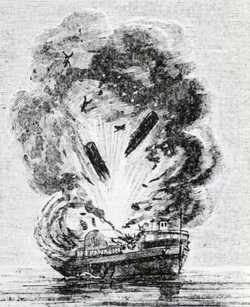 
It would be difficult to overstate the importance of steamboats to the development of Alabama, culturally, socially, or economically. The state entered the Union in 1819, at the beginning of the steam era and the period of rapid growth in river transportation in America. Steamboats provided a fast and efficient transportation system, helping the state to build its towns, to move its people, and to transport its crops. The steamboat boom would continue until the Civil War, at which time a fractured infrastructure and an expanding railroad industry finally ended the reign of the Alabama steamboats.

About the Author
Robert Mellown, a Sumter County native, received his doctorate in art history from the University of North Carolina, where he specialized in the study of nineteenth-century American painting and sculpture. A member of the art history faculty at the University of Alabama since 1971, Mellown has focused his research on antebellum architecture in the Tuscaloosa area and, more recently, on antebellum Alabama steamboats. For the past two years he has been constructing a model stern-wheeler in his spare time. "Progress has been slow," he says. "I keep gluing my fingers together."
Back to Top 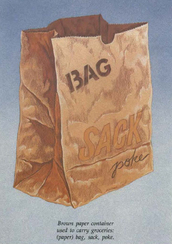 It is possible for a language, like a species of animal, to become extinct in a generation, but this seldom happens without the destruction of the people who speak that language. It is, therefore, surprising to discover that many people believe that southern US dialects are in decline--particularly while there are still millions of native speakers. Those predicting the decline of southern English base their arguments on seemingly common-sense observations: the decline of agrarian culture and the rise of mass media both seem to forecast the elimination of southern US dialects as the South slowly becomes absorbed into the broader US culture. But do such predictions accurately reflect the future of southern English? In this article, Ann H. Pitts argues that they do not.
Buy This Feature
Additional Information

About the Author
Ann Pitts grew up in Birmingham, took a B.A. in English at Birmingham-Southern College and an M.A. and Ph.D. in English language and linguistics at the University of Michigan (Ann Arbor). Since 1982 she has been an assistant professor of English at Auburn University, responsible for the department's classes in general linguistics, phonology, grammar, and language variation. In Michigan, while studying the phonology of American English, Pitts (who has a Southern accent herself) became aware of the social pressures against Southern-accented speech. Since then, she says, she has sought to educate people about the history of Southern American English, its inherent interest, and its right to exist--a message "implicit or explicit" in all her linguistics classes at Auburn.
Back to Top 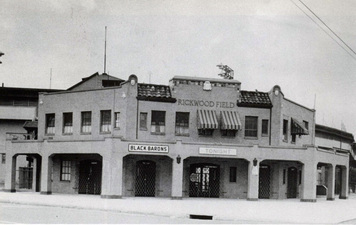 Rickwood Field, constructed in Birmingham in 1910, was home
field for the Black Barons, who rented the stadium from its
white owners on dates with then minor league white Barons
were not in town. (Courtesy the Birmingham Barons)
Slidin' and Ridin': At Home and on the Road with the 1948 Birmingham Black Barons


Birmingham has always been a baseball town, and as far back as the late nineteenth century, white professional baseball was popular in the city. Prevented from competing against whites, African Americans organized their own teams across Alabama. The Birmingham Black Barons was one of these teams. Formed in the 1920s, the Black Barons played until the early 1960s. In 1948 they made a play to win the Negro World Series; this is the story of their struggle. Most of the players never achieved the fame of other players from other teams, men such as Jackie Robinson. But for more than forty years the Birmingham Black Barons were an institution and an inspiration to the city's black community.

About the Author
Tim Cary, assistant special collections librarian at the State University of New York at Stony Brook, has master's degrees in American history and library science, both from the University of Iowa. A native of Milwaukee, Wisconsin, and a lifelong baseball fan, Cary grew up rooting for the Milwaukee Braves and later the Milwaukee Brewers. This study of the Birmingham Black Barons, conducted while the author was assistant curator at the William Stanley Hoole Special Collections Library, University of Alabama, has allowed him to combine his interests in American social history and the history of baseball.

The author would like to thank former Black Barons Lorenzo "Piper" Davis, Johnnie Cowan, Harvey "Pete" Peterson, the Reverend Nathaniel Pollard, and William Powell, all of whom were interviewed for this article.
Back to Top
Little Italy in Rural Alabama

In the mid-1880s, the first immigrants arrived in Blocton, Alabama. Some were Slavic, others Polish, but the majority were Italians. Many came from villages in the hills above Bologna, south of Florence, and from the Italian colony on the island of Corsica. Employed as shepherds, farmers, or gardeners in their native land, they had been lured to Alabama by coal-mining company recruiters looking for cheap labor, and later, by letters from relatives and friends who had preceded them to the Bibb County hills. Unable to speak English, these immigrants met with problems communicating. Largely Roman Catholic, they faced religious intolerance from their Protestant neighbors. Strangers in a strange land, they set up their own community in Blocton. It was known as Little Italy.

Additional Information
Sources for this article include Bibb County newspapers of the period, the biennial reports of the Alabama State Inspector of Mines, 1892-94, the Bibb County Circuit Court Indictment Record, Vol. 5, and the following individuals, whom the author wishes to thank · for providing valuable information through interviews:

About the Author
Rhoda Coleman Ellison, a Bibb County native, has personal as well as professional interest in the rural Alabama region that once housed Little Italy. Not only is she a descendant of one of the county's first settlers, but her father, an attorney who practiced law in Bibb County from 1892 to 1947, included among his clients Tennessee Coal, Iron and Railroad Company--the company that imported the Italians to Bibb County to work the mines. Ellison, who holds degrees from Randolph-Macon, Columbia University, and the University of North Carolina (where she received a doctorate in English), was an English professor at Huntingdon College for forty-one years and served as chairman of the department from 1959 to 1971. She has published numerous articles in the Alabama Historical Quarterly and the Alabama Review and is the author of five books on Alabama history, all published by the University of Alabama Press. Her most recent book, Bibb County, Alabama: The First Hundred Years, 1818-1918 (UA Press, 1984), won the Alabama Historical Association's Sulzby Award for the best book on Alabama history published that year.
Back to Top