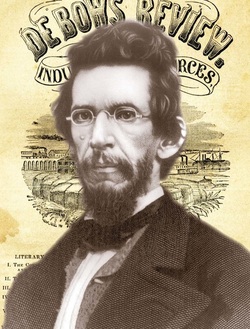 In the middle of the nineteenth century, James Dunwoody Brownson (J. D. B.) De Bow carried significant influence with southerners. As editor and founder of De Bow’s Review, a monthly periodical, De Bow helped shape southern cultural and economic identity for approximately fifteen years leading up to the Civil War. However, the war illustrated the flaws in De Bow’s vision, and it’s possible that his ideas even expedited the Confederacy’s collapse. After the war, De Bow admitted his errors and once again looked to states such as Alabama to help show the nation a way forward—economically, socially, and culturally.
​About the Author
John F. Kvach is an associate professor of southern history at the University of Alabama in Huntsville (UAH). He has authored numerous articles and books, including De Bow’s Review: The Antebellum Vision of a New South (University Press of Kentucky 2013), which explored De Bow’s editorial influence on the antebellum southern mind and how
he created the framework for the postbellum New South movement. Kvach also serves as the director of UAH’s public history program and works extensively with the Alabama Humanities Foundation, Smithsonian Institute, and the city of Huntsville. He is currently working on a book about Hollywood’s depictions of southern culture and how they have been accepted in the South.

Additional Information
For more information on DeBow and the Review, please consult the following resources.
De Bow’s Review: The Antebellum Vision of a New South (University Press of Kentucky, 2013) http://www.kentuckypress.com/live/title_detail.php?titleid=3595#.Vt8_vPkrIuU
A selection of articles from De Bow’s Review: http://utc.iath.virginia.edu/proslav/debowshp.html
Back to Top 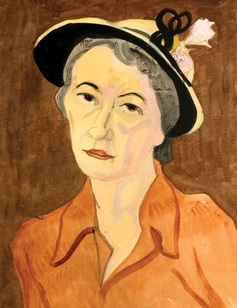 Fayette’s Lois Wilson, seen here in an undated self-portrait in watercolor, painted throughout her life but was able to devote herself to her art full time only following her retirement. (Fayette County Museum of Art)
Lois Wilson: An Outsider Before Her Time

The art world began to recognize the Outsider Art movement in the late twentieth century, but well before that artists from across the south had been practicing the very things that would come to define Outsider Art. One such artist, Alabama native Lois Wilson, had brief periods of formal training in art, but throughout her life, she worked largely outside accepted artistic traditions and developed the techniques that later defined her as an Outsider artist. At the end of her life, Wilson worked tirelessly to establish the Fayette County Art Museum and help give back to her home state.

About the Author
Laquita Thomson, associate professor of fine arts at Freed-Hardeman University in Henderson, Tennessee, specializes in studio art and art history research. Born in Corinth, Mississippi, she holds degrees from Mississippi University for Women, University of Alabama-Birmingham, Auburn University, and University of Alabama-Huntsville. While living in Alabama, she researched and wrote about artists with connections to Alabama, including William Bonar, Nathan Negus, Frederick Arthur Bridgman, Maltby Sykes, and Lois Wilson. She has been published in Alabama Review and Alabama Heritage, as well as by Black Belt Press and Michigan State University Press. She wrote “Art in Alabama”
for the Alabama Historical Commission Preservation Project in 1988. Her research was credited in two feature films in 2012, Maltby Sykes, Gentleman Modernist by Dale Schierholt, and Treasures from the Rubble by Alexandra Branyon. 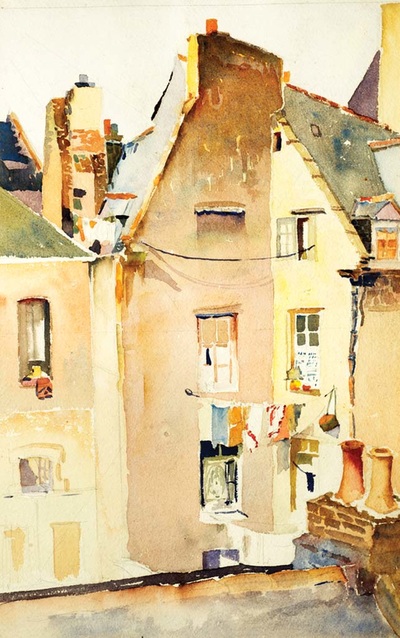 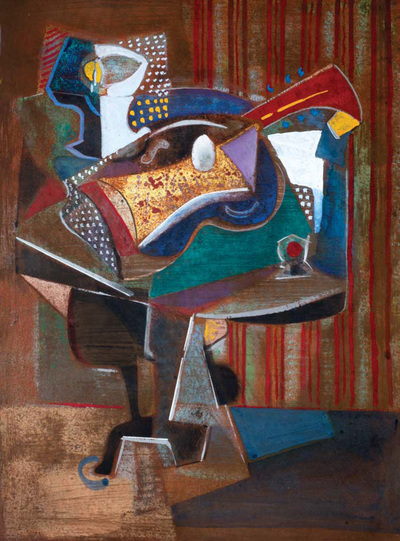 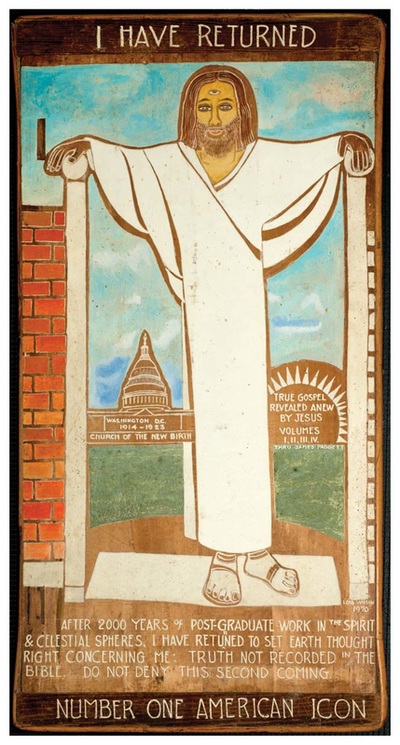 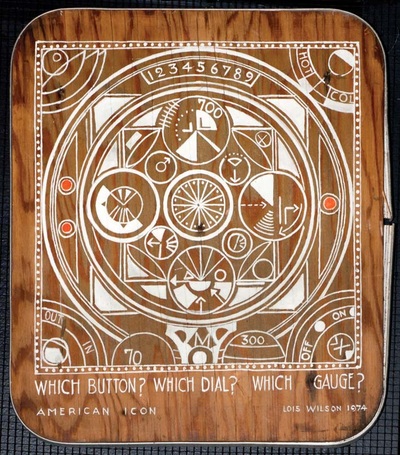 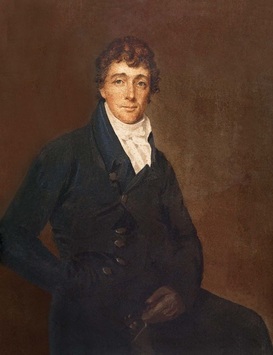 Francis Scott Key, seen here in a c. 1825 portrait attributed to Joseph Wood, had just been appointed United States Attorney for the District of Columbia when Andrew Jackson sent him on his mission to Alabama. (Wikimedia Commons)
Newspapers, Party Politics, and Statesmen: Francis Scott Key’s Visit to Alabama
​
By Andrew L. Luna

In the early 1800s, the new state of Alabama faced numerous tensions over who could rightly claim its land. Disputes were particularly fierce between Native Americans, whose ancestors had roamed the land for generations, and white settlers, who believed that their claims held priority. As the US government determined how to enforce and interpret different Indian treaties, the tensions escalated, and newspapers pitted states’ rights advocates against proponents of strong federal government. Ultimately, to help alleviate tensions between rival factions, Andrew Jackson sought help and diplomacy from one of his administration’s most trusted personalities—Francis Scott Key.

Additional Information
For more information on Francis Scott Key’s visit to Alabama, see the Encyclopedia of Alabama article on Gov. John Gayle http://www.encyclopediaofalabama.org/article/h-1167
For information on Key’s broader influence, see the Smithsonian Institution’s article on “The Star Spangled Banner” http://amhistory.si.edu/starspangledbanner/default.aspx
Back to Top 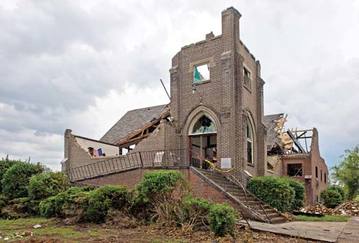 The April 2011 tornadoes that swept across Alabama did significant damage to people and property. Although the property destruction pales in comparison to the lives lost, it still posed a formidable challenge for residents who hoped to rebuild and restore their communities. Five years after that tumultuous day, a preservationist reflects on how Alabamians in Cordova, Tuscaloosa, and Cullman have addressed the damage and worked to celebrate—and, when possible, preserve—significant landmarks across the state.

About the Author
Lee Anne Hewett Wofford is the deputy state historic preservation officer for the Alabama Historical Commission and has served on the commission staff for over fifteen years. A native of Tuscaloosa, she received a BA in history and a MA in American studies, both from the University of Alabama. She is a passionate advocate for documenting and preserving Alabama’s historic places for future generations and is an active member of Alabama’s preservation community, both in her professional role directing the Historic Preservation Division of the Alabama Historical Commission and in her volunteer service in many other preservation- minded organizations. Wofford currently serves on the board of directors as the vice president for The Landmarks Foundation of Montgomery, Alabama. She is the proud mother of two wonderful young sons.
Back to Top 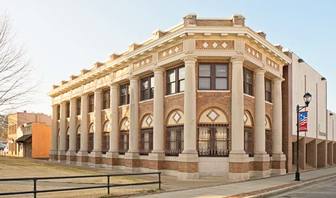 The former Fayette County Bank building, adjacent to the courthouse, was built in 1911. (Robin McDonald)
Southern Architecture and Preservation
Navigating the National Register

​Since its origination in 1966, the National Register of Historic Places (“Register”) has recognized those structures and sites with particular historic value. However, getting a site listed on the Register requires complex understanding of nuanced guidelines. In the Spring 2015 issue of Alabama Heritage, this department addressed the rewards and penalties inherent in the National Register program. This quarter, Susan Enzweiler unpacks the nomination process, offering a primer for those who might seek to nominate a site of their own.

About the Author
Susan Enzweiler was a historic preservationist at the Alabama Historical Commission for over twenty years. She is now a freelance writer. 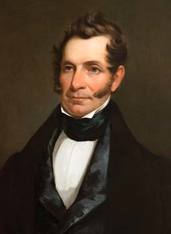 This quarter’s installment of “Alabama Governors” revisits the service of John Gayle, whose term was marked by his shifting relationship to both states’ rights views and to Andrew Jackson’s policies and by the growing conflicts between Alabama’s settlers and Native Americans who had lived in the territory prior to its statehood. 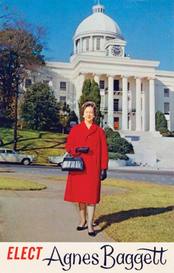 Postcard from Agnes Baggett’s campaign for Alabama state treasurer in 1967. (Alabama Department of Archives and History)
From the Archives
Alabama Women in Politics

A new temporary exhibit at the Museum of Alabama in Montgomery focuses on the role women have played in Alabama politics. In conjunction with the opening of “Alabama Women in Politics,” this quarter’s “From the Archives” takes a look at significant archival materials that help reflect on the varied and important effects women have had on the state political system.

About the Author
Dorothy Fouche is head of the government records collections at the Alabama Department of Archives and History. She holds an MA in public history with a concentration in archival management from Middle Tennessee State University and an MLIS from the University of Wisconsin-Milwaukee. 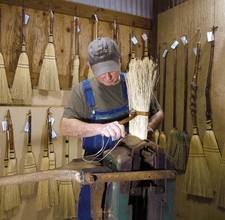 Alabama’s craftspeople often practice traditional methods that are increasingly rare in today’s highly mechanized economy. One such craftsman is Florence’s George Jones, a broom-maker who continues to create functional and decorative brooms using the traditional methods passed down from his ancestors. Jones’s business thus offers a product with artistic and practical value, all while honoring the rich heritage of the Alabama maker movement.

About the Author
Caroline Morrison is a senior at the University of Alabama majoring in English and minoring in creative writing. Alfa Insurance, sponsor of the “Alabama Makers” department in Alabama Heritage, is a Montgomery-based company committed to providing its family of customers with all of its life, auto, and home insurance needs.

Additional Information
For more information on George Jones Jr., please consult his website http://www.georgesbroomcloset.com/home.html
To purchase one of Jones’s brooms in person, visit his booth at the Southern Maker’s Festival in Montgomery, Alabama, on April 30. For more information about the festival, visit southernmakers.com.
Back to Top 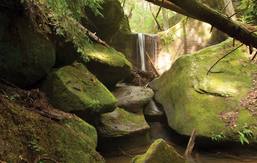 Dismals Canyon, designated as a National Natural Landmark by the National Park Service, packs a number of natural wonders into its eighty-five acres. Located in Alabama’s northwest corner, the landmark boasts impressive geologic features such as a rugged canyon and several waterfalls. It also hosts several biologic wonders, including a wide variety of native tree species and a resident population of Dismalites, or glow worms, that make a visit to Dismals Canyon a true natural delight.

About the Author
James Richardson, a writer and photographer with an interest in special places, lives in West Tennessee and has written travel articles in many national publications.

Additional Information
Contact the Dismals Canyon site at (205) 993-4559 or www.dismalscanyon.com.
Encyclopedia of Alabama article on Dismals Canyon http://www.encyclopediaofalabama.org/article/h-3172
Back to Top 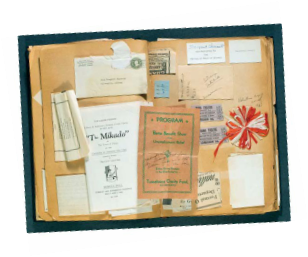 Although official documents and histories offer great value, scrapbooks and commonplace books are additional, albeit often overlooked, resources for learning about a specific time and culture. Librarian Kathryn Matheny reviews several such books from the University of Alabama Special Collections, revealing compelling insights into the life and times of their creators.

Additional Information
The W. S. Hoole Special Collections Library at the University of Alabama: https://www.lib.ua.edu/libraries/hoole/
Back to Top 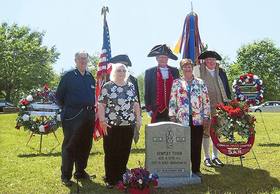 Descendants visit the memorial to Dempsey Tyner in Greenville, Georgia. (Robert S. Davis)
Adventures in Genealogy
So They Said You Were Cherokee? DNA and Truth

Recent advances in DNA testing have allowed individuals to begin testing the veracity of long-held family lore, enabling individuals to determine specific facts about their ancestry. This quarter’s installment of “Adventures in Genealogy” features an account of one person who decided to explore his family’s stories about his Native American ancestry.

About the Author
Robert S. Davis has more than one thousand publications in genealogy, history, and records, primarily related to the southeastern United States. A popular speaker on such topics, he manages a genealogy program with continuing education classes and a library at Wallace State Community College in Hanceville, Alabama. Department editor Elizabeth Crabtree Wells is the processing archivist and special collection librarian at Samford University Library in Birmingham, Alabama. Department editor Yvonne Shelton Crumpler retired in 2008 from the Tutwiler Collection of Southern History and Literature, where she worked as a research librarian in special collections for thirty-four years. Department sponsor HudsonAlpha Institute for Biotechnology is a global leader in DNA research.

In the nineteenth century, a Bavarian monk arrived in Alabama, where he served at St. Bernard’s Abbey in Cullman. However, the contributions made by Wolfgang Wolf transcended the spiritual. In this affectionate portrait, naturalist L.J. Davenport retraces Brother Wolfgang’s path through Alabama and his significant influence on the state’s naturalist history.

Recently, several of Mobile’s native sons have stepped away from their typical professional realms to author texts exploring their connection to their hometown. E.O. Wilson has gained acclaim for his scientific work, particularly concerning ants, and John Sledge is best known for his contributions to Alabama’s historic preservation community. Their books—Wilson’s Why We Are Here: Mobile and the Spirit of a Southern City (photography by Alex Harris; Liveright, 2012) and Sledge’s The Mobile River (University of South Carolina Press, 2015)—offer fresh perspectives on these men and the town that shaped them.