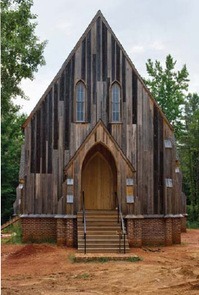 Most Alabamians recognize the remnants of Cahaba as the site of the state’s first capital. However, few people have a comprehensive grasp of the community’s rich history and significance to the territory that would become Alabama. Originally named Cahawba, its prime waterfront location and rich natural resources once supported a Native American settlement. In its various iterations as a center of state government, a thriving commercial district, a Civil War prison site, and a genuine ghost town, Cahaba has attracted such illustrious visitors as the Marquis de Lafayette and President Millard Fillmore—and continues to draw crowds today. John Scott recounts Cahaba’s past and the efforts preservationists and historians are making to secure its future.

About the Author
John Scott, a Montgomery native, has been writing about Alabama’s history and countryside since his retirement from active practice with the law firm of Capell & Howard. His first book, Memories of the Mount—The Story of Mt. Meigs, Alabama, received the 1994 Coley Award of the Alabama Historical Association. His subsequent articles and stories have appeared in Alabama Heritage and other publications. He expresses thanks to all who have so graciously helped with the article on Cahaba. 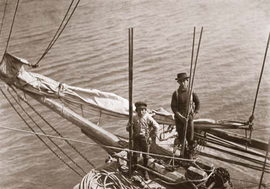 Located at the edge of the continent, the community of Bayou La Batre consistently faces environmental challenges, from natural disasters such as Katrina to the man-made disasters such as the BP oil spill. Residents of Bayou La Batre have traditionally demonstrated fortitude and tenacity in the face of extreme challenges. Frye Gaillard offers a profile of this community and the people who continue to support it.

This article was adapted from the book In the Path of Storms: Bayou La Batre, Coden, and the Alabama Gulf Coast (University of Alabama Press, 2008), which Frye Gaillard coedited with Sheila Hagler and Peggy Denniston for Pebble Hill Books at the Caroline Marshall Draughon Center for the Arts & Humanities at Auburn University. The work grew out of a partnership with the AU College of Education’s Truman Pierce Institute and was funded by the Kettering Foundation.

About the Author
Frye Gaillard, a native of Mobile, is writer in residence at the University of South Alabama and the author of more than twenty books about the history and culture of the South. His books include In the Path of the Storms: Bayou La Batre, Coden, and the Alabama Coast (2008, University of Alabama Press), which he co-authored with Sheila Hagler and Peggy Denniston; Cradle of Freedom: Alabama and the Movement That Changed America, which won the Lillian Smith Book Award for best southern nonfiction; Watermelon Wine: The Spirit of Country Music; and most recently, With Music and Justice for All: Some Southerners and Their Passions. 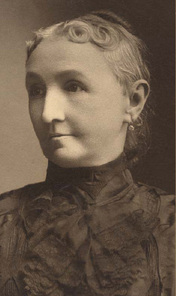 One of the most famous authors of her time, Augusta Evans Wilson spent decades crafting intricate and engaging tales of southern life, and particularly southern women. Wilson, who lived in Mobile for most of her life, held passionate views on the South and its people, and her books made her a household name, while profits from them allowed her to support her family. Wilson’s expressed beliefs suggested her to be far from a feminist, but her own lifestyle of ambition and strong-headedness belied her stated values. Author Susan Reynolds introduces us to the works and characters of Augusta Evans Wilson, and to Wilson herself, whose own colorful life may have proven more engaging than any of her literary creations.

Buy This Feature
Additional Information
Alabama Women’s Hall of Fame
Alabama Department of Archives and History
The following articles in the Encyclopedia of Alabama will also be of interest:

About the Author
Susan Reynolds has a master’s degree in English and library and information sciences. She is pursuing a PhD in British literature at the University of Alabama, concentrating her studies on nineteenth-century Victorian narratives about orphans. She spent nearly five years at Southern Living magazine, has served as an assistant editor and associate editor for Alabama Heritage magazine for three years, and has published academic work in the United Kingdom.

ERRATA
After reviewing many conflicting sources, we are very grateful to a reader for clearing up the proper date of ownership of Georgia Cottage. Apparently, the home actually was deeded to the family in 1857 rather than in 1859.
Back to Top 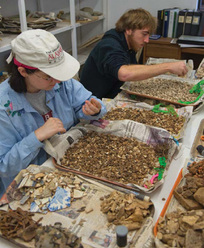 Parts of Alabama’s past are recorded in accessible forms such as written historical records. However, a significant amount of detail about the daily life of Alabama’s earliest inhabitants remains cloaked in the artifacts buried throughout the state. That object trampled by hikers might look like trash to a casual observer, but to a trained archaeologist, it could hold valuable clues about our history. Ian W. Brown traces the field of archaeology in Alabama, explaining why it remains so crucial and how it is threatened by treasure-seekers, uninformed residents, and even careless vandals.

Additional Information
The following articles in the Encyclopedia of Alabama will also be of interest:
About the Author
Ian W. Brown, a professor of anthropology at the University of Alabama, specializes in the archaeology and history of southeastern Indians. He has spent almost four decades excavating sites in Louisiana, Mississippi, and Alabama. In terms of cemetery research he and his students have been conducting a long-term study of the historic and modern burial grounds of Tuscaloosa County, known as “The Marking Graves Project.” Dr. Brown is also a member of the Board of Trustees for the Association for Gravestone Studies. His article “Teaching Tombstones in Tuscaloosa County” appeared in the Spring 2008 issue of Alabama Heritage. 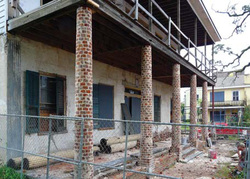 Dating back to 1836, Mobile’s Hall-Ford House fell into disrepair, along with many nearby structures in Ft. Condé Village. Owner Lawrence Posner has finally completed a careful restoration of the property and showplace. Painstakingly attending to even the smallest of details, Posner has restored the property to its former glory, and it will soon be opened as a bed and breakfast. The Hall-Ford House stands as an example of the value of preservation and restoration and of the integral space historic structures occupy in the contemporary landscape.

About the Author
John S. Sledge is an architectural historian for the Mobile Historic Development Commission and author of The Pillared City: Greek Revival Mobile, published in 2009 by the University of Georgia Press.

Robert Gamble, standing editor of the “Southern Architecture and Preservation” department of Alabama Heritage, is senior architectural historian for the Alabama Historical Commission. . 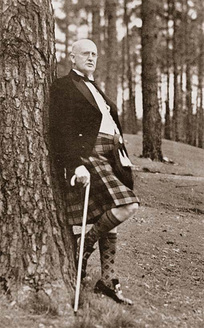 Investor, inventor, and self-made man Erskine Ramsay was honored as parents in his adopted state of Alabama began to name their sons after him—hoping the boys would emulate his initiative and philanthropic spirit. Ramsay’s benevolent decision to create bank accounts for nearly one hundred young Erskines—among them jazz great Erskine Ramsay Hawkins—created both gratitude and a troubling precedent.

About the Author
James L. Baggett is head of the Department of Archives and Manuscripts at the Birmingham Public Library and archivist for the City of Birmingham. 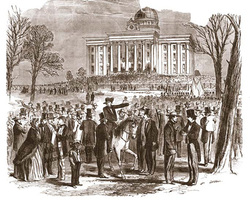 In this quarter’s installment of Becoming Alabama, Alabama Heritage takes readers back once again to the Creek War, the Civil War, and the civil rights movement. Joseph Pearson recounts the growth of Huntsville (for a moment in time, Twickenham) in the winter of 1811. Megan Bever details the events surrounding Alabama’s secession from the Union in 1861. Finally, Matthew Downs looks at the fearful reactions in Alabama as the University of Georgia faced integration in the winter of 1961.

About the Authors
Joseph W. Pearson is a PhD student in the Department of History at the University of Alabama. His research interests include the nineteenth-century South, antebellum politics, and political culture.

Matthew L. Downs (PhD, Alabama) is an assistant professor of history at the University of Alabama at Birmingham. His dissertation focused on the federal government’s role in the economic development of the Tennessee Valley. 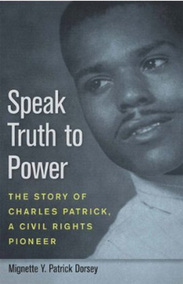 Recollections
Charles Patrick and the Price of Truth

When Birmingham resident Charles Patrick went to purchase a Boy Scout uniform for his son in 1954, he did not know that the unsuccessful shopping trip would come to define the rest of his life. Patrick, an African American, reprimanded a local woman for stealing the parking place he was waiting for. He was arrested and beaten for his admonishment. His decision to speak truthfully about the abuse he suffered created an early groundswell towards the civil rights movement.

Additional Information
Information about Dorsey’s book, Speak Truth to Power: The Story of Charles Patrick, a Civil Rights Pioneer, may be found at the University of Alabama Press catalog and on YouTube.

About the Author
Based on Mignette Y. Patrick Dorsey’s recently published Speak Truth to Power: The Story of Charles Patrick, a Civil Rights Pioneer (University of Alabama Press, 2010). Dorsey is a journalist, writer, and teacher living in Texas.For more information on Mignette Patrick Dorsey, see her website. 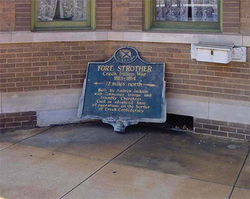 The AHA marker for Fort Strother remains
in Talladega rather than its proper location
in St. Clair County
(Ron and Gayle Thomas)
AH Update
In Search of Missing Markers

For approximately sixty years, the Alabama Historical Association has placed markers denoting significant historical and cultural sites in Alabama. As time passed, some of those markers disappeared, the victims of damage, destruction, or road closings. Gayle Thomas set out with husband Ron on a county-by-county adventure to locate the markers, and she solicits our help tracking down those markers that have yet to turn up.


The following articles in the Encyclopedia of Alabama will also be of interest:

About the Author
Gayle Thomas lives in Abbeville and is currently on the executive board of the Alabama Historical Association.
Back to Top 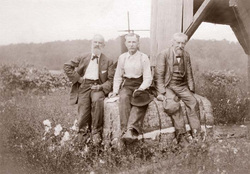 In this quarter’s installment of Nature Journal, Larry Davenport weaves the story of Hugo De Vries, a Dutch geneticist whose work on the evening primrose led him all the way to Alabama. In the process, Davenport ruminates on all sorts of ancestry, from genetic to acacemic.

Additional Information
Larry Davenport’s new book, Nature Journal, based on his popular long-running column in Alabama Heritage, is available from the University of Alabama Press.

About the Author
Larry Davenport is a professor of biology at Samford University in Birmingham, Alabama.

Back to Top
Reading the Southern Past
Honoring the Confederate Dead: Grounds to Conciliation

Stephen Goldfarb explores efforts by southerners to memorialize the Confederate dead during the Reconstruction era. This quarter’s review considers Burying the Dead but Not the Past: Ladies’ Memorial Associations and the Lost Cause (University of North Carolina Press, 2008) by Caroline E. Janney and The Golden Age of Battlefield Preservation: The Decade of the 1890s and the Establishment of America’s First Five Military Parks (University of Tennessee Press, 2008) by Timothy B. Smith.