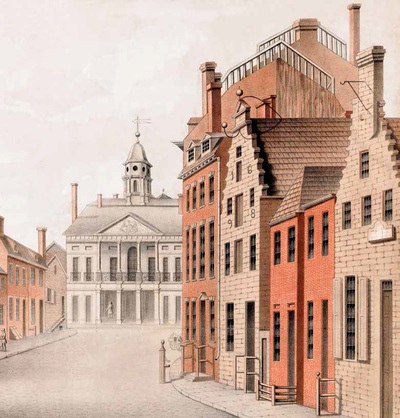 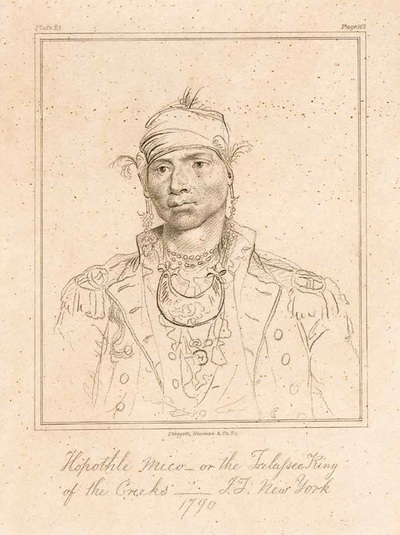 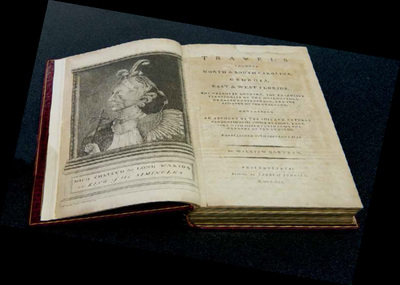 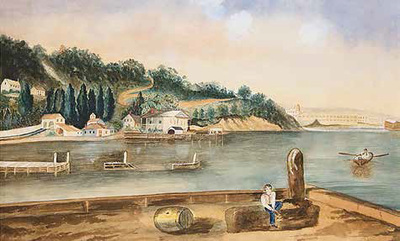 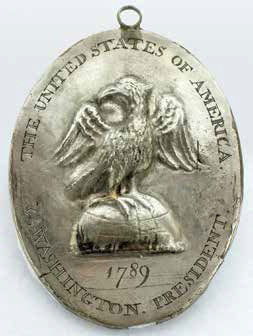 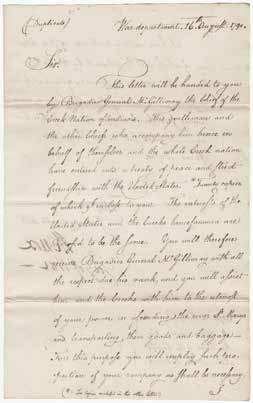 As a new nation, the United States of America eagerly embraced the actions of an independent country. The first treaty it officially entered into, which established territorial claims between the US and the Creek Nation, involved a level of pomp and circumstance worthy of the occasion. A large group of Creek emissaries traveled across the Southeast and into the Mid-Atlantic, finally descending on New York City, the young nation’s capital, for a series of social and political engagements that culminated in the treaty’s signing. Kathryn Braund describes the journey—and the significant consequences of events it contained.

About the Author
Kathryn H. Braund is Hollifield Professor of Southern History at Auburn University. She has authored or edited numerous books relating to the Creek Indians. Her first book, Deerskins and Duffels: The Creek Indian Trade with Anglo-America, 1685–1815  (University of Nebraska Press, 1993), was the first to examine the impact of the deerskin trade on all aspects of Creek society. Braund has also published scholarly articles on the southeastern Indians during the American Revolution, Creek gender and work roles, Creek women during the Red Stick war, and slavery among the Creeks. She has edited and annotated the works of three well-known eighteenth-century writers: William Bartram, James Adair, and Bernard Romans. She is also the editor of two collections of essays: Fields of Vision: Essays on the Travels of William Bartram (University of Alabama Press, 2010) and Tohopeka: Rethinking the Creek War (Pebble Hill Books, 2012). She is currently working on a book about the Creek War of 1813–1814. 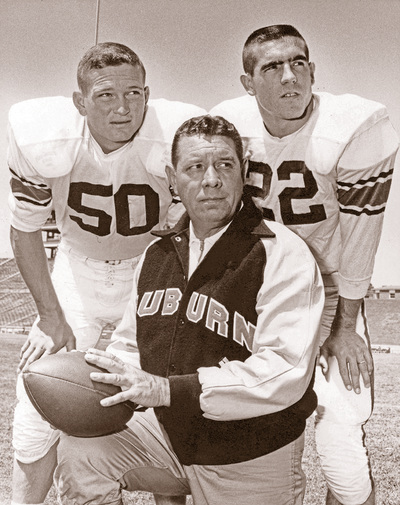 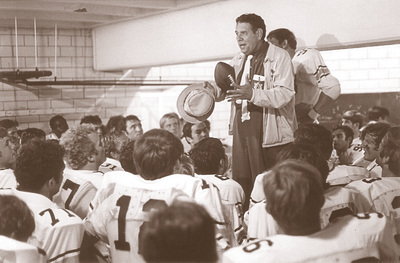 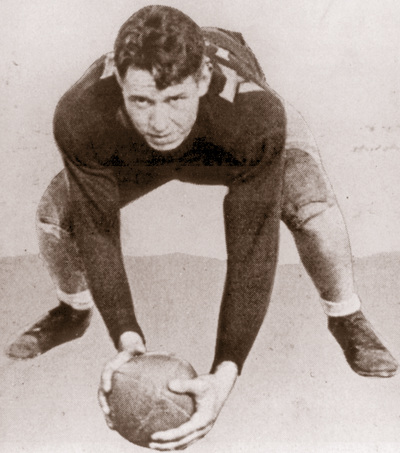 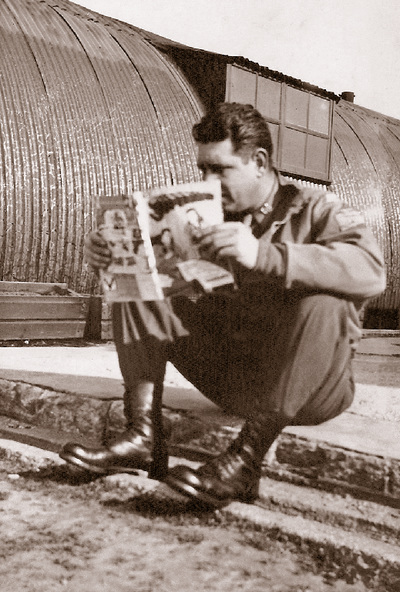 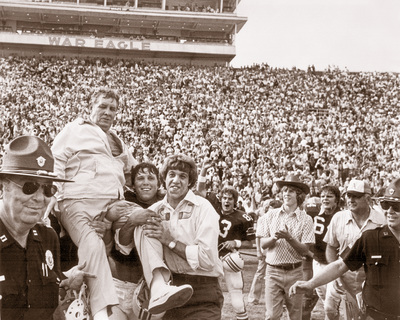 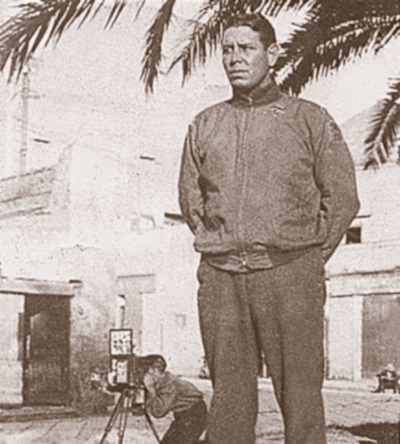 Although best known for his storied career as a football coach at Auburn University, Ralph “Shug” Jordan never forgot the influential years he spent in the US Army. Jordan’s wartime experiences spanned some of the era’s most influential events, and as a member of the team that helped plan amphibious invasions, he was directly involved in the Normandy invasion. Jordan’s role in the military helped shape his entire person, and he often drew lessons and inspiration from those days in leading the Tigers to numerous gridiron victories.

About the Author
Leah Rawls Atkins, a native of Birmingham, taught history at Auburn University, the University of Alabama at Birmingham, and Samford University, and retired as director of the Auburn University Caroline Marshall Draughon Center for the Arts & Humanities in 1995. Her husband, George,played football at Auburn for Coach Ralph “Shug” Jordan and was an assistant coach under his leadership for sixteen years. She also had many opportunities to spend time with Jordan. When she was teaching at Samford, she developed a course on World War II, where she used interviews with Jordan on his World War II experiences. Jordan was a student of Prof. George Petrie, who gave him an appreciation for history. He took a special interest in Atkins when she was in graduate school studying history. Atkins is a coauthor of Alabama: The History of a Deep South State with Wayne Flynt, William W. Rogers, and David Ward. The University of Alabama Press will be releasing a revised, updated Bicentennial Edition in late 2016.

The Search for John Lehman
By Joey Brackner

Art historians often have a challenging task—not just identifying why a work is artistically significant, but also tracing its provenance and origins. Scholars of southern pottery have had such a task in identifying the works now attributed to John Lehman, a nineteenth-century potter whose biographical details were long hidden by lost or obscure records. Joey Brackner recounts how historians have traced Lehman, piecing together his story and gaining a better understanding of his unique pottery.

About the Author
Joey Brackner has been a folklorist with the Alabama State Council on the Arts since 1985 and since 2003 the director of the agency’s Alabama Center for Traditional Culture. He is the author of Alabama Folk Pottery (2006) published by the University of Alabama Press. Starting in 2013, he has been the host and co-producer of the Alabama Public Television series Journey Proud . Brackner is a native of Fairfield, Alabama. He received a BA in anthropology from the University of Alabama at Birmingham in 1977 and a MA in anthropology from the University of Texas at Austin in 1981. He was Humanities Scholar in Residence at the Birmingham Museum of Art prior to being hired as state folklorist in 1985.

Additional Information
The author recommends the following sources for readers who wish to learn more about southern pottery and its traditions. 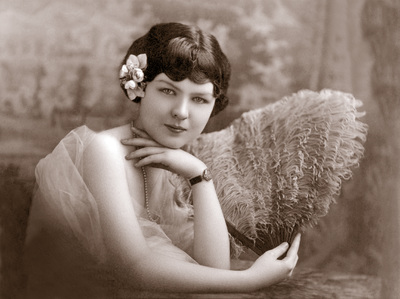 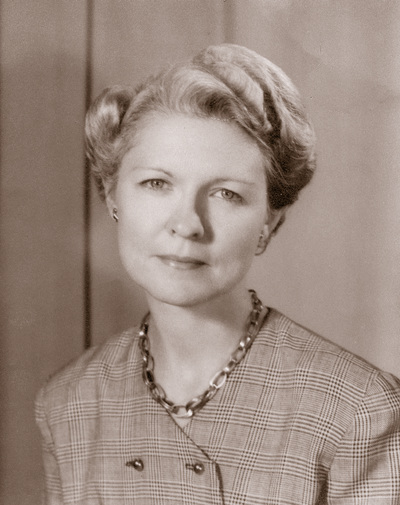 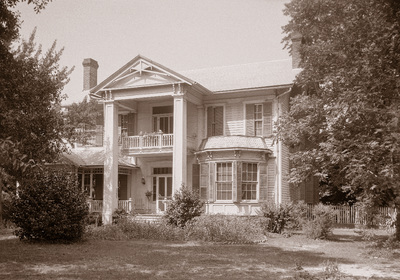 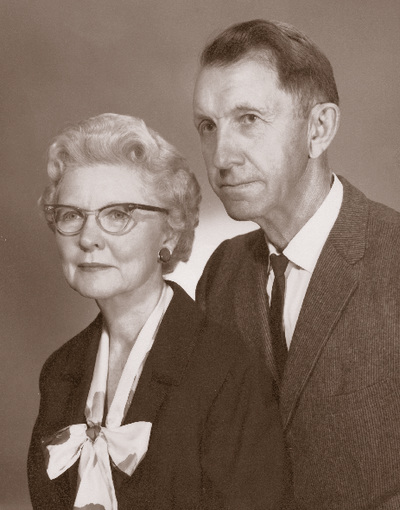 In Wilcox County, Alabama, for nearly four decades, Viola Liddell led an group of democratic intellectuals in their own “Round Table,” around which they discussed politics, the arts, writing, and southern life. Notable guests to the Round Table gatherings included authors, photographers, and even—it’s rumored—some Hollywood motion picture professionals, who visited Alabama in preparation for making the film To Kill a Mockingbird. As a writer, Liddell made her own mark on the literary world, publishing both poetry and prose, and remained a central figure of Wilcox County’s intellectual community throughout her long life.

About the Author
Tennant McWilliams, professor of history and dean, emeritus, at the University of Alabama at Birmingham, has been teaching from time to time at Samford University. His most recent book is The Chaplain’s Conflict: Good and Evil in a War Hospital (Texas A&M University Press, 2012). He lives in
Fairhope, Alabama. 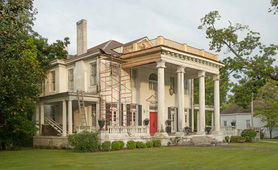 Whispering Oaks, Opelika, ca. 1900. (Robin McDonald)
Each year, Alabama Heritage, the Alabama Trust for Historic Preservation, and the Alabama Historical Commission highlight significant structures in desperate need of intervention and preservation. This year’s Places in Peril list includes homes, a church, a post office, and even a cave—a natural site in dire need of preservation and support. For more information on how you might help preserve these historic parts of Alabama’s heritage, or to nominate a Place In Peril for 2017, please visit www.alabamaheritage.com/places-in-peril, www.alabamatrust.info, email alabamatrust@athp.org, or call (205) 652-3497.

About the Author
Michael W. Panhorst, PhD, is a is a board member of the Alabama Trust, a statewide membership organization devoted to the protection and promotion of Alabama’s historic architecture, and the coordinator since 2014 of the Trust’s Places in Peril program. In June 2016 he authored a white paper, “Mount Vernon Arsenal and Searcy Hospital: The State of Alabama’s National Treasure at Risk,” at www.alabamatrust.info. 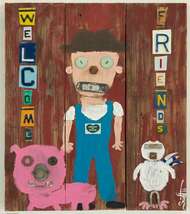 Scott McQueen, a chaplain whose folk art has steadily been making a name for its creator, links his artistic practice to the rich cultural heritage he encountered as a youngster in Fayette. Kentuck’s Curtis Clark explores McQueen’s artistic legacy, tracing his style through the influence of other Fayette folk artists such as Jimmy Lee Sudduth and Rev. Ben Perkins.

About the Author
Curtis Clark is the gallery shop manager at Kentuck Art Center after recently retiring as the director of the University of Alabama Press. Alfa Insurance, sponsor of the "Alabama Makers" department in Alabama Heritage, is a Montgomery-based company committed to providing its family of customers with all of its life, auto, home, farm, and business insurance needs. 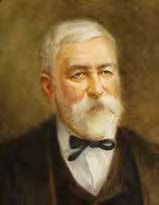 Hugh McVay served as Alabama’s governor for only a few months, limiting the effect of his time in the office. Compounding this lack of influence was a lack of knowledge about several crucial issues being debated in the state at the time—a lack of knowledge some believe was perpetuated by McVey’s fellow politicians, who feared the direction his intervention might take.

Additional Information
For more information about Hugh McVay, see http://www.encyclopediaofalabama.org/article/h-1462
For a copy of Alabama Governors: A Political History of the State, Second Edition, see https://www.amazon.com/Alabama-Governors-Political-History-State/dp/0817318437
Back to Top 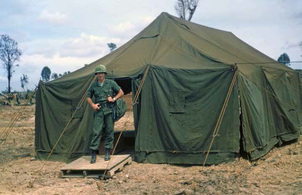 Maj. William H. Wood standing outside his tent at Camp Martin Cox (also known as Bearcat Base) in South Vietnam, December 1966. Wood, a captain in the US Air Force, was stationed in Vietnam from December 1966 to November 1967. He was promoted to major in September 1967. (Alabama Department of Archives and History)
From the Archives
Vietnam: The Alabama Experience
By Tracey Berezansky

As Alabama marks an extended commemoration of the fiftieth anniversary of America’s involvement in the Vietnam War, the Alabama Department of Archives and History (ADAH) highlights a number of archival holdings related to Alabamians’ participation. As part of that commemoration, the ADAH would like to expand its collections documenting the Vietnam era and the lives of Alabamians in those years. Stories of soldiers and nurses; the effects on communities surrounding Fort Rucker, the Anniston Depot, and other military installations in the state; the anti-war movement, especially on university campuses; and life on the home front are all waiting to be told. Help us tell your story to future generations of Alabamians. If you are interested in donating Vietnam-related materials, please contact registrar Sherrie Hamil at sherrie.hamil@archives.alabama.gov or call (334) 353-4726.

About the Author
Tracey Berezansky works for the Alabama Department of Archives and History and assists state and local agency staff members in developing retention guidelines and processes for managing official government documents. Core to this work is ensuring the long-term preservation of those official records that tell the story of Alabama. 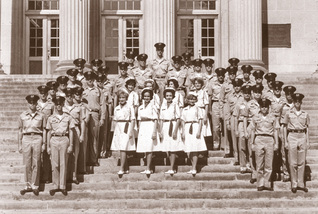 Although it is not officially a military school, the University of Alabama (UA) has a rich tradition of students participating in the Reserve Officer Training Corps (ROTC).  In fact, the UA military cadets program predates the official founding of the United States ROTC. Jonathan Goode, a professor in the UA ROTC program, recounts the program’s history at the university and its role in military conflicts dating back to the Civil War.

About the Author
Lt. Col. (Promotable) Jonathan L. Goode serves as the Professor of Military Science for the University of Alabama's Army ROTC program.
Back to Top 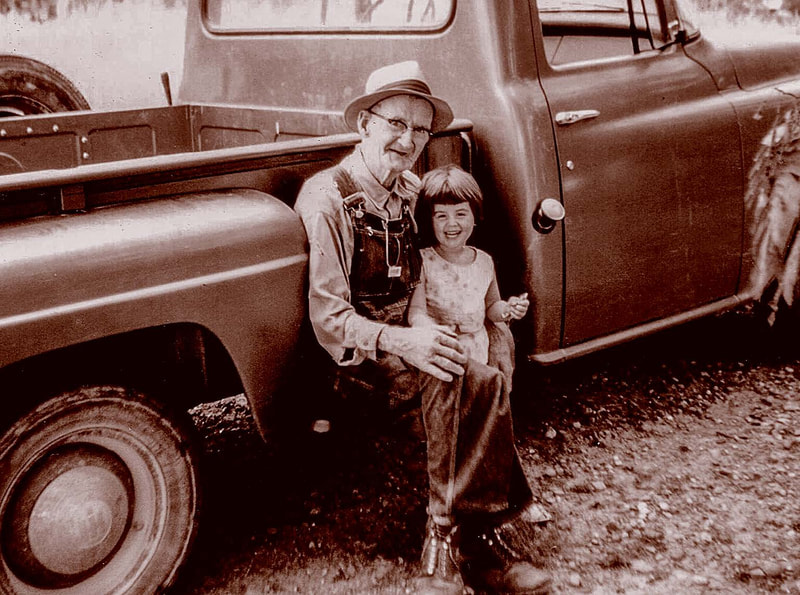 One recurring challenge faced by many genealogical researchers is the lack of information—or access to it. As Alabama prepares to celebrate the bicentennial of its statehood, however, the Alabama Bicentennial Commission has a solution for this challenge: the creation of a digital database of genealogical and historical records, to be housed at the Alabama Department of Archives and History. This database will facilitate research and discovery, making it exponentially easier for people to learn about their own heritage.

About the Author
Donna Cox Baker has served as editor-in-chief of Alabama Heritage since 2002. She co-chairs the Statewide Initiatives Committee of the Alabama Bicentennial Commission and hosts the Golden Egg Genealogist blog (gegbound.com). If you have questions about the Alabama Family History and Heritage Project, email Donna.Baker@ua.edu.

Additional Information
Golden Egg Genealogist blog: http://gegbound.com
Back to Top
Reading the Southern Past
A Tale of Two Tribes
By Stephen Goldfarb

This quarter’s installment of “Reading the Southern Past” explores the relationship between the United States and the Creek Nation through reviews of several works: William W. Winn’s The Triumph of the Ecunnau-Nuxulgee: Land speculators, George M. Troup, State Rights, and the Removal of the Creek Indians from Georgia and Alabama, 1825–38 (Mercer University Press, 2015) and Steve Inskeep’s Jacksonland: President Andrew Jackson, Cherokee Chief John Ross, and a Great American Land Grab (Penguin Books, 2015).