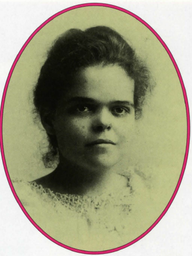 Katherine Conway Brown, the first woman to receive a bachelor's degree from an Alabama university, graduated from the Agricultural and Mechanical College of Alabama in 1894. (Courtesy Auburn University Archives)
Coeducation in Alabama: “In Accord with Nature”

A century ago, Alabama women finally won admission to the state’s universities. At the time many feared that coeducation would never work. They claimed that academic knowledge was unnecessary in the life of a southern woman and that a college education would only make women “inferior housekeepers.” Others claimed it would distract male students, lower the standards of the institution, and ruin male camaraderie. Leah Rawls Atkins details the progressive leadership of William LeRoy Broun, president of the Agricultural and Mechanical College at Auburn, and the “relentless persistence” of Julia Tutwiler that turned coeducation into a reality. In September 1892, the A. & M. College opened its doors to its first three female students, and a year later two young women were admitted to the University of Alabama. Although it took decades for women to become fully integrated into campus life, they now represent almost half of the student bodies at both Auburn University and the University of Alabama.

Additional Information
The most valuable sources of information for this study were found at the Auburn University Archives and the William Stanley Hoole Special Collections Library, University of Alabama, although both archives, Atkins noted, need more letters written from campus as well as student diaries and journals, especially materials from women.

A Century of Women at Auburn may be ordered through the Center for the Arts and Humanities, Auburn University, Alabama 36849.

The following articles at the Encyclopedia of Alabama will also be of interest:Multimedia:
About the Author
Leah Rawls Atkins, director of the Auburn University Center for the Arts and Humanities, holds a Ph.D. from Auburn. The author of books and articles on Alabama history, Atkins ha taught history at Auburn, the University of Alabama at Birmingham, and Samford University. Her most recent book, co-authored with Wayne Flynt, William Warren Rogers, and David Ward, is Alabama: The History of a Deep South State, forthcoming from the University of Alabama Press in fall 1994.

As part of Auburn's centennial celebration of the admission of women, Atkins wrote a short history, which was published by the university as A Century of Women at Auburn: Blossoms Amid the Deep Verdure. She discovered that it was impossible to research her topic without studying the history of women's education in Alabama, the role played by Julia Tutwiler, and the development of coeducation in the South--research that led to her article for Alabama Heritage, which appears on the centennial of women's admission to the University of Alabama.
Back to Top 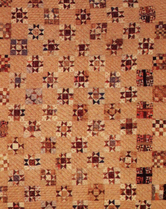 The Ohio Star design traveled across the Atlantic with early English settlers. This quilt was made in Montgomery County, Alabama, c. 1900, by an unknown artisan. (From the Collection of Andrew and Alesia Glasgow)
Star Quilts of Nineteenth Century Alabama

Ever since Sara Sedgewick Everett, wife of the governor of the Massachusetts Bay Colony stitched one of the first quilts in North America in 1704, thousands of quilts have been completed for reasons ranging from necessity to artistic expression and in all manner of shapes, sizes, and patterns. The star pattern, in particular, has dominated the work of American quiltmakers for nearly three centuries, largely because of its adaptability and the design’s use of various-sized scrap pieces of fabric. And it is through this versatile pattern that Alabama women have found means of expressing their own lively concepts of color and design. As quiltmaking flourished across Alabama, local quiltmakers made their share of star quilts in patterns ranging from Feathered Stars to the Star of Bethlehem.

Additional InformationThe following articles from the Encyclopedia of Alabama will also be of interest:Multimedia:
About the Author
Mary Elizabeth Johnson Huff, a former senior editor at Oxmoor House and a former editor-in-chief of Decorating & Craft Ideas magazine, has been writing or editing quilting and sewing books for more than twenty-five years. Her next book, forthcoming from Clarkson N. Potter, is The American Quilt: Cloth and Comfort, 1750- 1950. Co-authored by Roderick Kiracofe, the book is a history of quilts in the United States. Star Quilts, from which this article is taken, may be purchased from your local bookstore. 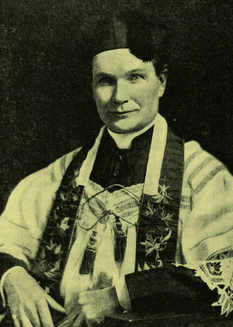 The 1921 murder of Father James F. Coyle, pastor of St. Paul's Catholic Church, Birmingham, and the trial that followed, "will be hard to explain to the outside world," one local newspaper correctly predicted. (Courtesy Birmingham Public Library, Archives Collection)
The Killing of Father Coyle: Private Tragedy, Public Shame

Anti-Catholic fanaticism, a thriving Ku Klux Klan, and the murder of a Catholic priest brought Birmingham into the nation’s spotlight in 1921. Father James E. Coyle, pastor of St. Paul’s Catholic Church in Birmingham, was reading and greeting passersby on his front porch on the evening of August 11, 1921. One of the people he greeted was Edwin Stephenson, a Methodist parson and supporter of the Ku Klux Klan who viewed the Catholic Church as a treasonous organization. Stephenson fired three rounds from his pistol and shot the priest in the head. By 8 o’clock that evening, Father Coyle was dead. The priest’s death and the ensuing trial added fuel to the hot political and cultural battles that were already marking this period in Birmingham’s history

Dozier, Orion Theophilus."Response of Doctor O.T. Dozier to Priest James E. Coyle, Pastor, St. Paul 's Roman Catholic Church..." ( n.p., 1917).
The following articles in the Encyclopedia of Alabama will also be of interest:Multimedia:
About the Author
Paul Pruitt, who holds a doctoral degree in history from William and Mary, is a librarian at the University of Alabama School of Law, where he is curator of the Hugo Black Collection. Pruitt is the author of a two-part article on Julia Tutwiler, which appeared in Alabama Heritage #22 (Fall 1991) and #23 (Winter 1992).

Susan Hernandez of Birmingham interned for a semester at Alabama Heritage, where she researched the Coyle murder and discovered the grand jury records of the case in the Birmingham Public Library.
Back to Top

At the Archives
The H.D. Clayton Civil War Map Collection

The Alabama Department of Archives and History has an exceptional collection of Confederate Civil War maps, the most notable being the group of maps that once beloved to Gen. Henry DeLamar Clayton. Copies of Clayton's maps, as well as other historic maps in the department's collections, are available for researchers' use in the archives reverence room. The Department of Archives and History invites those interested in Alabama history to visit its research facilities to learn more about available historical sources.

About the Author
Mary Jo Madison is the Graphic Materials Archivist at the Alabama Department of Archives and History, Montgomery.
Back to Top