Larry Davenport (Nature Journal) holds a Ph.D. in biology from the University of Alabama. He is a professor of Biological and Environmental Sciences at Samford University in Birmingham, where he teaches courses on general botany, plant taxonomy, and wetlands. In 2007, he was named Alabama Professor of the Year by the Carnegie Foundation for the Advancement of Teaching. Dr. Davenport has contributed his Nature Journal column to Alabama Heritage since 1993. This column inspired his award-winning book Nature Journal (University of Alabama Press, 2010). Born in Massachusetts, Stephen Goldfarb (Reading the Southern Past) grew up in Texas where he attended public school and went on to the University of Texas, Austin, where he received a BA and MA in history, which was followed by a PhD in the history of science and technology from Case Western Reserve University. After teaching for about a decade, he went to work at a public library from which he retired in 2003. In addition to writing the book column for Alabama Heritage, he curates art exhibits and writes articles for scholarly and popular publications. 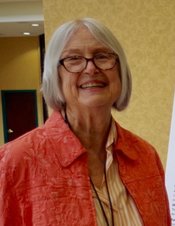 ​Frances Osborn Robb (Behind the Image) is a cultural historian and the author of Shot in Alabama: A History of Photography, 1839–1941, and a List of Photographers. She has spent twenty-five years researching Alabama photographers and photographs while serving as a consultant on the state’s cultural history and historic photography for museums, archives, and libraries. Robb has curated or advised on many exhibitions, including Made in Alabama: A State Legacy and the award-winning exhibition In View of Home: Alabama Landscape Photographs. In her search for information and images, she has visited every county in Alabama to study photographs in institutional repositories and family collections.