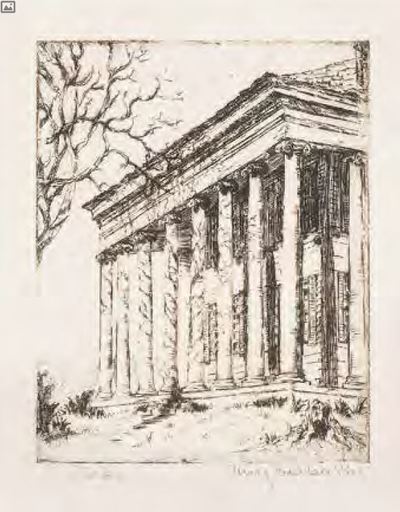 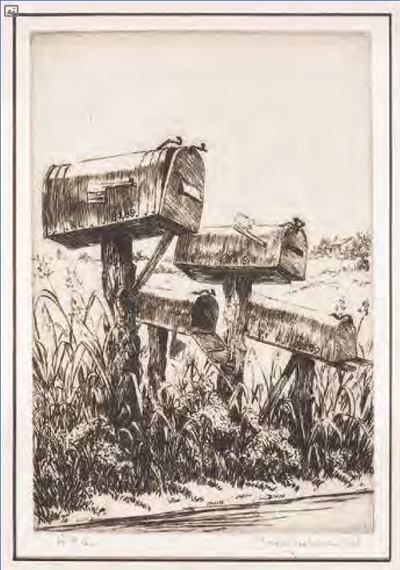 Mary Wallace Kirk, who spent nearly her entire life (almost ninety years) in Tuscumbia, devoted herself to documenting the lives of fellow Alabamians through her writing and art. After early training in Alabama, Kirk briefly studied art in New York, where she developed her affinity for etching (which became her primary practice, though she continued painting as well) and the American Scene Movement, which was also known as Regionalism. For decades, Kirk depicted the lives of her neighbors and other community members, offering a particularly sensitive glimpse of tenant farmers and other individuals who had infrequently been the subject of professional artwork.

About the Author
Stephen Goldfarb holds a PhD in the history of science and technology from Case Western Reserve University. He retired from the Atlanta Fulton Public Library in 2003. In retirement he has curated exhibits on Alabama art and artists, including Marian Acker Macpherson (Alabama Heritage #73, Summer 2004), Lucille Douglass (Alabama Heritage #81, Summer 2006), and Howard Cook, who briefly visited Alabama in 1934 (Alabama Heritage #83, Winter 2007). He also writes the “Reading the Southern Past” department for Alabama Heritage. Goldfarb would like to acknowledge the help he received from Mary Wallace Kirk’s family with both the exhibit of her works and this article. A copy of the exhibit catalogue (Bulletin, Georgia Museum of Art, volume 24, 2014) can be purchased from the Georgia Museum of Art in Athens, Georgia.

Additional Information
For more information about Mary Wallace Kirk and her prints, see the Georgia Museum of Art website: http://georgiamuseum.org/art/exhibitions/on/the-prints-of-mary-wallace-kirk
Used copies of Mary Wallace Kirk’s book, Locust Hill, can be found on Amazon.com.
Back to Top 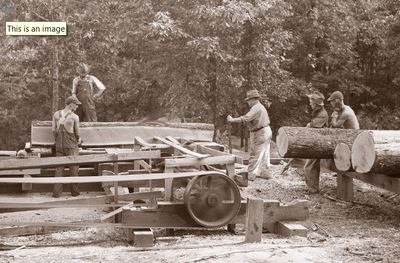 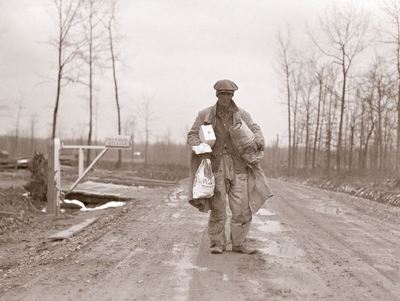 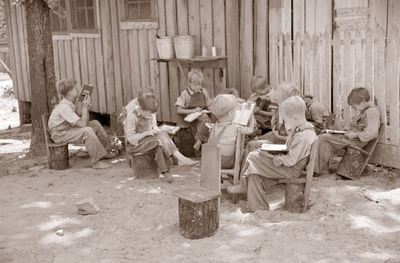 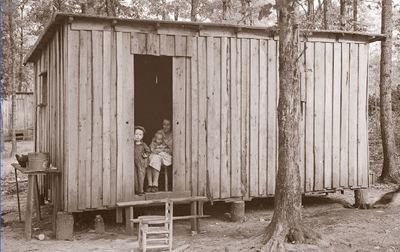 As the Great Depression ravaged communities across America, government leaders sought any possible intervention to aid their constituents. One such intervention, created under a Federal Emergency Relief Agency program, was Alabama’s Skyline Farms, a community designed to assist farmers in Jackson County. Skyline employed men throughout the county, rotating shifts and ensuring that all the community’s families had an opportunity to earn some income. The families also built the town, including its houses, municipal buildings, and a few retail establishments, such as a co-op where residents could purchase necessities. Before the community project was terminated due to World War II, its residents established a name for themselves, even visiting the White House at the request of First Lady Eleanor Roosevelt.

About the Author
Cynthia Rice lived in New York, Ohio, Arizona, and Virginia before graduating from Virginia Tech, where she majored in apparel design, including studies in clothing history. Rice eventually moved to Alabama in 1979. She and her husband own a business in Skyline, Alabama, and she is currently the historian for the Skyline Farms Heritage Association. Rice would like to thank Dr. David Campbell of Northeast Alabama Community College, Dr. Carroll Van West of Middle Tennessee State University, Walter Tidwell, Roger Allen, Joyce Kennamer, and all of the supporters of the Skyline Farms Heritage Association who have provided information, artifacts, and photographs of the Skyline story. She invites everyone to experience the beauty and history of Skyline.

Additional Information
For more information about Skyline Farms, see the Encyclopedia of Alabama article at http://www.encyclopediaofalabama.org/article/h-1546
Back to Top 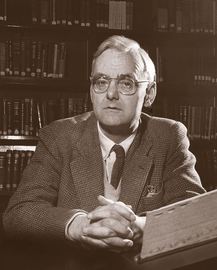 Ever since reformer Dorothea Dix’s visit in the mid-1800s, Alabama’s treatment of mental health issues has attracted attention outside the state. By 1970, such treatment was the subject of a federal court case, Wyatt v. Stickney, which argued that the state should improve its patient care. During the era in which Tuscaloosa’s Bryce Hospital was seeking to make sure improvements, it hired Dr. Humphry Osmond, a specialist in schizophrenia whose research and theories would come to shape the field and improve the life of patients throughout Alabama. Though Osmond’s ideas—which he frequently developed in conversation with his friend Aldous Huxley—were often ahead of his time, many of them have been borne out by advancements in the field. 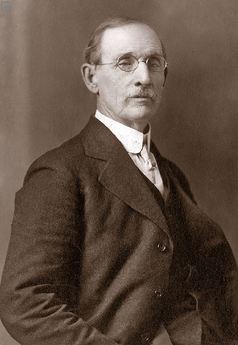 During a five-year period in the late nineteenth century, several Alabama newspapers collected and published articles by Robert Wilton Burton, an Auburn resident. Though Burton was the articles’ author, they all consisted of stories attributed to a man named Marengo Jake, an African American whose affection for Clarke County pervaded all his narratives. Though many facts remain unknown about Jake, his colorful and creative personality shine through each story, whether it described an onslaught of frogs or how Jake helped elect Pres. Grover Cleveland.

Note from the Editor: Do you have any information regarding Burton, Mitchell, and Jake’s Marengo Stories? If so, the author and her fellow researcher, Bert Hitchcock, would love to hear it! Please contact them at the following: Kathy Lawrence at kathryn.lawrence@levyk12.org and Bert Hitchcock at hitchwb@auburn.edu. 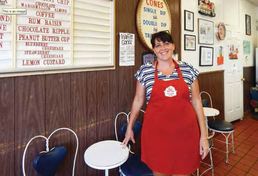 Though many Alabama makers focus on art objects or material good, Alabama’s unique products range across all areas—including food products! One special Alabama treat originates from Mobile, where locals have visited the Old Dutch Ice Cream Shoppe for decades. Originally owned by Edwin Widemire, the shop is now run by Cammie Wayne, a former employee who purchased it in 1998. Under Wayne’s leadership, Old Dutch Ice Cream Shoppe’s products have delighted customers throughout Alabama—and are even making their way into nearby states.

About the Author
Aimee Gueret is a senior at the University of Alabama majoring in journalism and English. Alfa Insurance, sponsor of the “Alabama Makers” department in Alabama Heritage, is a Montgomery-based company committed to providing its family of customers with all of its life, auto, home, farm, and business insurance needs. 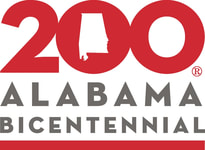 As Alabama’s bicentennial celebration continues, a number of programs and exhibits commemorate the state’s two-hundredth anniversary.

About the Author
Jay Lamar is the Executive Director of the Alabama Bicentennial Commission.

Additional Information
To buy a PastPort book, visit https://www.shopalabama200.com/shop-1/Alabama-Bicentennial-PastPort-p100129797
For other bicentennial information, visit http://www.alabama200.org/
Back to Top
The Alabama Territory
Quarter by Quarter: Spring 1818
By Mike Bunn

As the Alabama Territory grew more established, it developed significant elements of a large and burgeoning community, particularly transportation systems. Thanks to the area’s growing dependence on cotton, steamboats became a crucial means of transporting products to other territories and states, thereby equipping the industry that would become central to Alabama’s social structure and economy, through the territorial era and many decades of its statehood.

About the Author
Mike Bunn serves as director of Historic Blakeley State Park in Spanish Fort, Alabama. This department of Alabama Heritage magazine is sponsored by the Alabama Bicentennial Commission and the Alabama Tourism Department. 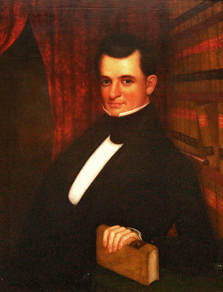 Born in Virginia, Henry Collier lived in South Carolina and Tennessee before becoming Alabama’s governor in 1849. Prior to being elected to the state’s highest role, Collier served in a range of other elected and appointed positions, and his political ambitions likely benefitted from relationship, through a family marriage, to the Clay family. Among the lasting effects of his two terms is the Alabama State Capitol building, still in use today. 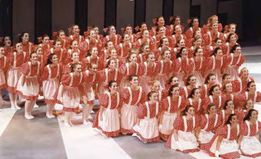 Before it became Samford University, Birmingham’s Howard College began developing some of the traditions that would define its campus community into the twenty-first century. Among these traditions, perhaps the most vibrant is Step Sing, a choreographed singing and dancing event that attracts an audience from throughout the Birmingham community and draws back alumni each year.

About the Author
Morgan K. Morris completed her MA at Taylor University and serves as a resident director at John Brown University.

Additional Information
For additional information about Step Sing, see https://www.samford.edu/events/step-sing/
Back to Top 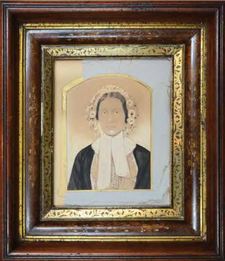 Unframing a paper print reveals many clues about its subject. Thanks to careful research and close attention to cultural clues—including the orange blossom wreath worn by the young woman photographed—this image’s mysteries have finally been unlocked.

About the Author
Frances Osborn Robb is the contributing editor for the “Behind the Image” department of Alabama Heritage magazine. She is the author of Shot in Alabama: A History of Photography, 1839–1941, and a List of Photographers (University of Alabama Press, 2017). She is passionate about historic photographs. 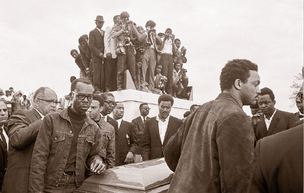 From the Archives
The Paper and the Preacher: How the Southern Courier Reported the King Assassination
By Scotty E. Kirkland

Through its brief tenure, the Southern Courier established itself as one of the premiere sources of information on the civil rights movement. As such, it had a rich history of covering the work of Rev. Martin Luther King Jr., and upon his death, the paper devoted several issues to covering his funeral. In addition to articles by multiple contributors, covering King’s memorial and contextualizing it within southern funeral traditions, the paper offered numerous stunning photographs taken by its principal photographer, Jim Peppler.  Taken together, these components offered a moving and persuasive tribute to one of the most recognizable figures of the civil rights movement.

About the Author
Scotty E. Kirkland is exhibits and publications coordinator at the Alabama Department of Archives and History.

Additional Information
Digital images of the Southern Courier can be found at www.southerncourier.org/archives.html.
Images of Peppler’s photos can be seen at http://digital.archives.alabama.gov/cdm/landingpage/collection/peppler
Back to Top 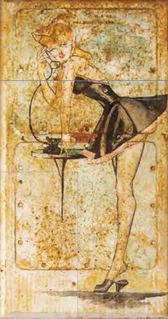 Portraits and Landscapes
The Gal on the Gun
By Jared Galloway

Visitors to Mobile’s USS Alabama Battleship Memorial Park may notice an interesting embellishment on one of the ship’s gun breech blocks: a faded but engaging figure of a blonde woman nicknamed Bea wearing a kerchief, a short black dress, and heels, leaning over to answer a telephone. Thanks to careful sleuthing, Bea’s history has emerged, revealing that she was drawn to evoke the fiancée of a young serviceman aboard the ship during World War II. Thanks to the memories of Beatrice Hawkins, Bea’s real-life model, Jared Galloway has illuminated this artistic piece of history.

About the Author
Jared Galloway is a collections assistant at the National Naval Aviation Museum in Pensacola, Florida. 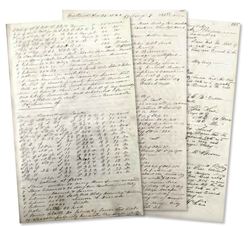 Thanks to the bicentennial celebrations taking place around Alabama, the state’s library system has subscribed to Ancestry Library Edition, a database designed to further genealogy research. With access to more than thirty thousand databases, all contained in the Ancestry Library Edition, Alabama’s amateur genealogists will be well on their way to discovering their family’s history. This database is available until 2019, so it’s a perfect time to stop by your local library and dig into your own ancestry. You might just be surprised to learn about your ancestors’ accomplishments or circumstances!

About the Author
Donna Cox Baker has served as editor-in-chief of Alabama Heritage since 2002. She co-chairs the Statewide Initiatives Committee of the Alabama Bicentennial Commission and blogs at the Golden Egg Genealogist (gegbound.com).

Additional Information
For more information about genealogy resources and workshops during the bicentennial, visit: http://www.alabama200.org/participate/family-history/
Back to Top
Reading the Southern Past
Civil War Miscellany
By Stephen Goldfarb

This quarter’s installment of “Reading the Southern Past” explores several recent texts dedicated to illuminating lesser-known aspects of the Civil War. James McPherson’s War on the Waters: The Union and Confederate Navies, 1861–1865 (University of North Carolina Press, 2012) focuses on the significance of each side’s naval forces, including the important efforts of troops on the nation’s rivers. In Mosquito Soldiers: Malaria, Yellow Fever, and the Course of the American Civil War (Louisiana State University Press, 2010), Andrew McIlwaine Bell describes the toll of nineteenth-century disease on both Confederates and Union soldiers, explaining how the Union’s preventative tactics may have had a profound effect on the war’s outcome. Finally, George C. Rable’s Damn Yankees!: Demonization & Defiance in the Confederate South (Louisiana State University Press, 2015) investigates the animosity that fueled the conflict—and the relationship between North and South well after the war’s conclusion.

Damn Yankees!: Demonization & Defiance in the Confederate South by George C. Rable: https://www.amazon.com/Damn-Yankees-Demonization-Defiance-Confederate/dp/080716058X
Back to Top