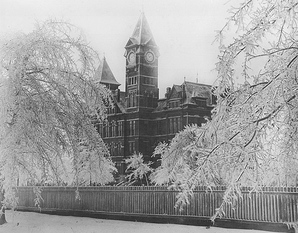 Join Alabama Heritage in celebrating the landmark anniversaries of four of Alabama’s most prestigious schools! This year, the University of Alabama turns 175, Auburn and Birmingham-Southern turn 150, and Tuskegee University turns 125. To commemorate these events, experts from each school define the three defining moments that shaped the schools into the icons they are today.

About the Authors
Donald Brown, contributing writer for the Birmingham-Southern article, graduated from the college in 1958. A veteran journalist and newspaper editor, he is the author, coauthor, or editor of seven books and a contributor to two others. His most current book is Forward, Ever: Birmingham-Southern College at its Sesquicentennial ( Birmingham-Southern College, 2005), which commemorates the 150 th year of the institution. In 2005, he also is coauthor, with Henry H. Tyler of Bessemer, Alabama, of A Cry for Help: the Henry H. Tyler Story (Bessemer Area Chamber of Commerce). He is the editor of two more books that are planned for publication in 2006, the author of a third, and has begun work on a nonfiction novel. Brown’s other books are View from the Hilltop (editor, Birmingham-Southern College, 1981), Century Plus, A Bicentennial Portrait of Birmingham (contributor, Birmingham Area Chamber of Commerce, 1976), Portrait of Birmingham, at its Centennial (author, Birmingham Centennial Corporation, 1971), Profiles of Alabama Pharmacy (editor, Alabama Pharmaceutical Association, 1974),Tuscaloosa: Centennial Progress, Millennial Hopes (contributor, Chamber of Commerce of West Alabama, 2000), Foundry Life(coauthor, Tuscaloosa Public Library, 2004), and Our Heritage(editor, Frances Illges Chenoweth, 1974). Additionally, Brown is a freelance writer and media consultant. Clients he has served include the Tuscaloosa Board of Education, Mercedes-Benz U.S. International, Inc., Tribune Media Service, Preservation magazine, and PACE Learning Systems.

Clark E. Center Jr. is curator of the W.S. Hoole Special Collections Library. He graduated from Samford University in 1969, and holds an M.A. in history from Samford (1972) and an M.L.S. from the University of Alabama (1994). He is active in archival organizations such as the Society of Alabama Archivists, the Society of American Archivists, where he has held several positions in the Preservation Section, and the Academy of Certified Archivists. He is also the archivist for the Alabama Library Association. Mr. Center began his career as a microfilmer of historical newspapers at Samford University and has worked in various positions at the Hoole Library over twenty-five years. His interests are varied and include Alabama history, the history of the University of Alabama Corps of Cadets, good fiction of all kinds, and good music of all kinds, especially American fiddle music.

Dwayne Cox is head of Special Collections & Archives at Auburn University. He has been at Auburn since 1986. His publications include a number of articles and a book on the history of higher education. Cox holds a Ph.D. in United States history from the University of Kentucky.

Alissa Nutting, Assistant Editor at Alabama Heritage, is currently pursuing her Master of Fine Arts degree in Creative Writing at the University of Alabama, in addition to serving as an Assistant Fiction and Poetry Editor at the Black Warrior Review.

Cynthia Wilson is the coordinator of archives and museums at Tuskegee University. She has been recognized as a “Bravo Board” winner for “great customer service in promoting the goals and objectives of the University." She has appeared in several documentary films including the Alabama Public Television production "Moments of Dignity" on famed Tuskegee photographer P.H. Polk. Her research has benefited countless scholarly books and articles. Wilson frequently uses her knowledge and expertise as a public speaker at academic conferences and symposiums.
Back to Top 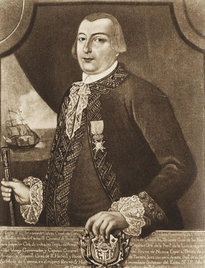 Bernardo de Gálvez with his coat of arms
(W.S. Hoole Special Collections Library,
The University of Alabama)
The Spanish Conquest of Mobile

With Spanish governor Bernardo de Gálvez smashing through the line of British forts along the Mississippi River, Mobile soon stood as the last British stronghold between New Orleans and Pensacola. The old fort was in dismal condition, the defending forces were weary, and Captain Elias Durnford’s options were limited. It seemed their only chance was a speedy renovation of Mobile’s crumbling fort. Working hard under the suspense of impending Spanish forces, Durnford and his troops struggled to maintain hope.

The following items in the Encyclopedia of Alabama will also be of interest:
About the Author
Jim Noles  resides in Birmingham, Alabama, where he is a partner in the Environment & Natural Resources section of Balch & Bingham LLP.  He holds a B.S. in International History from the United States Military Academy, West Point, and a J.D. from the University of Texas School of Law.  A previous contributor to Alabama Heritage, his books include Hearts of Dixie: Fifty Alabamians and the State They Called Home (Birmingham: Will Publishing, 2004), Twenty-Three Minutes to Eternity: The Final Voyage of the Escort Carrier USS Liscome Bay (University of Alabama Press, 2004), and two books in Seacoast Publishing's Alabama Roots series of biographies for young readers, Thomas W. Martin: Alabama Dynamo and John Pelham: The Gallant Pelham.

Errata
The article on the Spanish Conquest of Mobile misstated the date of Bernardo deGálvez's departure from New Orleans. He set sail on January 11, 1779, not 1789.
Back to Top 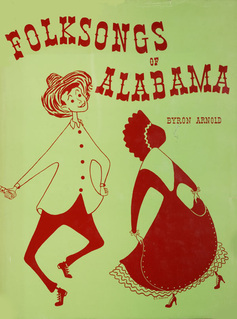 Shortly after joining the music faculty of the University of Alabama in 1936, Byron Arnold witnessed the passionate singing of an African American congregation in Northport. Nearly ten years later, Arnold petitioned for and received support from the University, allowing him to travel the state and collect folksongs. During the 1945–46 academic year alone, Arnold covered more than two thousand miles and collected 258 folksongs, many of which were featured in his The Folksongs of Alabama (University of Alabama Press, 1950). Arnold would continue his field work for two more years, doubling his catalogue of songs and preserving much of a musical tradition that otherwise might have been lost.

The following items in the Encyclopedia of Alabama will also be of interest:
About the Author
Robert W. Halli Jr. is Associate Professor of English and founding Dean of the Honors College at the University of Alabama. He is also the editor of An Alabama Songbook: Ballards, Folksongs, and Spirituals Collected by Bryon Arnold ( University of Alabama Press, 2004).
Back to Top 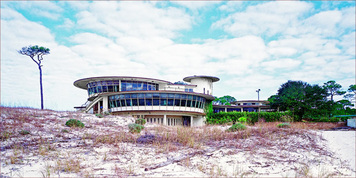 The following item in the Encyclopedia of Alabama will also be of interest:
About the Author and Photographer
Alice Meriwether Bowsher’s latest publication is Alabama Architecture: Looking at Building and Place, a celebration of Alabama architecture sponsored by the Alabama Architectural Foundation and published by The University of Alabama Press. Currently she is working on a sequel that focuses on Alabama buildings and places that express community identity and shape the way we live together. She serves as an architectural historian on the National Register Review Board of the Alabama Historical Commission and is an Alabama Advisor to the National Trust for Historic Preservation. She has been active in historic preservation in the state for the past twenty-five years.

M. Lewis Kennedy has more than two decades experience as a professional photographer, concentrating on architectural and industrial subjects, particularly in Alabama and the Southeast. He is the photographer for the book Alabama Architecture. You can learn more about his photography by visiting his website.
Back to Top 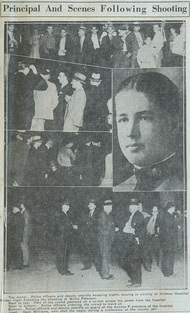 On August 4, 1931, Jennie Wood, Augusta Williams, and Nell Williams took a drive along Shades Mountain. There, they suffered an attack that left two of them dead. The ensuing search for the murderer stretched as far as Chicago and almost certainly resulted in the conviction of an innocent man.

About the Author
Pam Jones is a freelance writer in Birmingham with a particular interest in criminal cases from Alabama’s past. 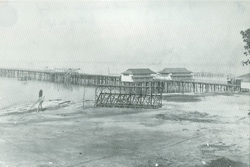 In 1927 evolution defense attorney Clarence Darrow, of the famed Scopes Monkey Trial, spent two months in Fairhope, Alabama. There he immersed himself in controversial local affairs, gave speeches, and occasionally ruffled feathers. An unusual and outspoken man, Clarence Darrow’s somewhat abrasive nature served him well in the courtroom, but often offended in social situations. However, the idealist town of Fairhope received him well, and legends of his visit still circulate.

Additional Information
The following articles in the Encyclopedia of Alabama will also be of interest:
About the Author
Mary Lois Timbes is the author of Meet Me at the Butterfly Tree, a book about growing up in Fairhope. “Clarence Darrow Slept Here” is a chapter from her next book, When We Had the Sky.
Back to Top