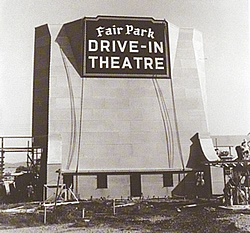 The Fair Park,
one of Birmingham's earliest drive-ins
(Birmingham Public Library Archives)
A Light at the Edge of Town: Drive-In Movie Theaters in Alabama

At one time, Alabama was home to 96 drive-in movie theaters. As of 1990, that number had dwindled to three. Today, a total of ten Alabama drive-ins are open for business. Such a small increase might be hard to appreciate if you didn't know that, only a decade ago, drive-ins appeared to be all but extinct. But recently, the nationwide decline of drive-in theaters that began in the 1950s has actually started to reverse. Drive-ins are coming back, if only gradually and in just a few pockets around the country-including Alabama. Such a development seems strange. Drive-ins are the product of a different time, a different America. How, then, does one explain their resurgence? To answer that question, one needs to return to their history, beginning in the 1930s, when the drive-in got off to its inauspicious start.

About the Author
Aaron Welborn is assistant editor of Alabama Heritage. A native of Georgia, where he visited his first drive-in, he now makes his home in Tuscaloosa, where he is pursuing a Master of Fine Arts degree in Creative Writing at the University of Alabama. He also serves as managing editor of Black Warrior Review, a nationally acclaimed literary magazine published by the university. He wishes to thank Steve Kimble for his help in gathering research for this article, and Robert Welborn for taking his son to the Starlight Drive-in in Atlanta to see Night of the Living Dead those many years ago and unwittingly sparking an obsession.
Back to Top 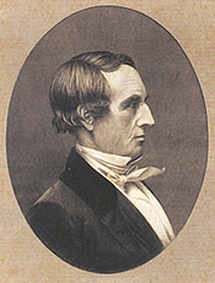 This year marks the 150th anniversary of the death of William Rufus King, the only Alabamian ever to hold a United States executive office, as well as the only official ever to take the oath of office on foreign soil. During his lifetime, William Rufus King was a household name. But relatively few Alabamians remember him today, or what he did. Historian Daniel Fate Brooks recalls King's life as one of America's most admired politicians of the nineteenth century, and one of Alabama's earliest celebrities, whose handsome good looks and worldly sophistication won him many friends and admirers. But King is perhaps best remembered for taking the oath of office as Franklin Pierce's vice president while living in Havana, Cuba, where he was hoping to recover from tuberculosis. His term lasted only a few short weeks, before he sailed home for Selma, the town he named, and died, having never performed a single official act as Vice President.

About the Author
Daniel Fate Brooks is the Director of Arlington, Birmingham's house museum, and an adjunct instructor at Samford University. He holds B.A. and M.A. degrees in history from Samford and is past president of the Alabama Historical Association. In 1994 he was curator of the Birmingham Museum of Art exhibition, Made in Alabama, A State Legacy and an author for the exhibition catalogue.

For over twenty years, Brooks, a native of Camden, has researched the life of William Rufus King. He has authored a chapter on King in The Vice Presidents: A Biographical Dictionary (1998),  and in 2001 traveled to Cuba to complete research for a forthcoming article in the Alabama Review  and a  larger King biography. 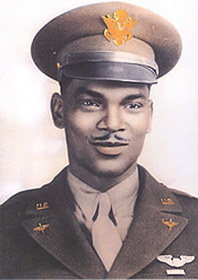 If you had asked Sherman and Nettie White, they would have told you they were no different from thousands of other families in Montgomery whose children went off to WWII. In each of their three children, the Whites had instilled a strong sense of personal responsibility and civic duty. But there was one essential difference. The children of Sherman and Nettie White were defending a democratic society that, at that time, was badly flawed with regards to the acceptance and treatment of their race. This fact would become even clearer after the war. Wesley Phillips Newton tells the story of one African American family who risked everything for a better life and a better world. Their dedication brought them disaster, pain, and took one of their own flesh and blood. Yet to them, it was a necessary step towards a more equal life.

About the Author
Wesley Phillips Newton is professor emeritus of history, Auburn University. An Army veteran of World War II, he is a native  of Montgomery and resides there in retirement. He first encountered the story of Sherman White Jr. and his family while doing research for Montgomery in the Good War: Portrait of an Alabama City, 1939-1946 (University of Alabama Press, 2000). James, Joetta, and Samson White graciously provided essential photographs, documents, and interviews for this article.
Back to Top 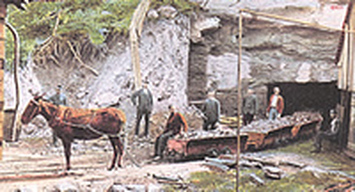 With the possible exception of cotton, no other commodity has so shaped the economic and cultural destiny of Alabama as the mile-thick wedge of coal under its rugged hills and hollows. For ages, this invisible treasure lay undisturbed beneath the state's landscape before anyone recognized its value. But the secret could not remained buried forever. Whitney R. Telle recounts the history of early coal mining in Alabama, and explains how the discovery of a simple fossil fuel rapidly changed the way people lived and worked throughout the state. From the enterprising industrialists who made fortunes in mining, to rowdy flatboatmen who transported coal downriver, to black and white laborers who risked death in the mines, the story of digging "stone coal" is the story of Alabama in the making.

Buy This Feature
Additional Information
Although difficult to locate even in reprint, the following sources are recommended for additional information:
The following articles in the Encyclopedia of Alabama will also be of interest:Multimedia:

About the Author
Whitney Telle is a consulting geologist living in Northport, Alabama. He holds a bachelor's and master's degree in geology from the University of Alabama. Mr. Telle has worked for many years with Alabama's coal mining industry as well as serving as a researcher with the University's School of Mines and Energy Development. He is currently involved in the exploration of Alabama's vast coalbed methane resources.
Back to Top

Southern Folkways
Those Jugs with the Frightful Mugs

Face jugs are unique examples of folk culture: ceramic jugs with glaring eyes, flared nostrils, and bared teeth, they represent a fusion of European and African techniques. Their functional use is known--they were often used to carry water to thirsty field hands--but the meaning of their intriguing form remains a mystery. Regardless of their original purpose, these jugs have become sought-after pieces of folk art.

About the Author
Jaena Hollingsworth is an Editorial Assistant at Alabama Heritage.
Back to Top
Recollections
Lem Johns: That Day in Dallas

Lem Johns, a Birmingham native and member of the Secret Service, was present in Dallas on the day President John F. Kennedy was shot. As a witness of the events of November 22, 1963, he was an observer of the major events of that day--the aftermath of the shooting, the loading of the coffin onto Air Force One, the swearing in of Lyndon Johnson. This is the story of one man's proximity to history-making events.

About the Author
Jack Owens is a writer and retired FBI agent living in Birmingham.
Back to Top
Southern Architecture and Preservation
The "Mockingbird" Courthouse

Boosted to fame by hometown writer Harper Lee's To Kill a Mockingbird, the Monroe County Courthouse is a unique architectural work in its own right.

About the Author
Delos D. Hughes is Emeritus Professor of Politics at Washington and Lee University and divides his time between Lexington, Virginia and his hometown, Auburn, Alabama.
Back to Top
Alabama Treasures
The "Great Magazine Explosion" of '65

On May 25, 1865, at 2:15 P.M., an explosion shook the city of Mobile. Known as the "Great Mobile Magazine Explosion," this tragedy remains the Port City's greatest disaster to date. Only one photograph remains showing the devastation left in the wake of the explosion, documenting the greatest damage inflicted on Mobile during the Civil War period.

About the Author
Todd A. Kreamer is Curator of History for The Museum of Mobile.
Back to Top 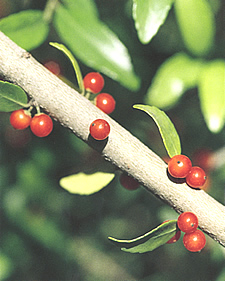 The "black drink," derived from the leaves of the Ilex vomitoria, was an important part of the hospitality practices of Native American tribes in Alabama. L.J. Davenport traces its history and eventual decline in popularity among Alabamians.