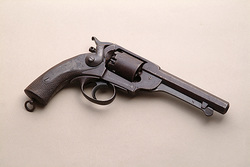 This .44-caliber Kerr revolver
was manufactured in England and
shipped through the blockade
(Alabama Department
of Archives and History/
Fouts Photography)
Privation and Pride: Life in Blockaded Alabama

When President Lincoln issued his blockade proclamation in April 1861, the Union navy had a thirty-five-hundred-mile shoreline to blockade. Although many Confederate blockade runners were able to break through the Union patrols, the blockade caused shortages of many everyday necessities. Clothing, food, and household supplies became very expensive and scarce. The people of the blockaded South had to use inventiveness and perseverance to survive. Parthenia Antoinette Hague's memoir, A Blockaded Family: Life in Southern Alabama During the Civil War, is a meticulous record of how Southerners adapted to the blockade and invented substitutes for hard-to-find household goods. Hague describes how the people in her community developed substitutes for things like coffee, sugar, and baking soda. She details the efforts of women to clothe and shoe their families and illustrates the methods of conservation and recycling that helped people make the most of what they had during the lean blockade years.


Buy This Feature
Additional Information
Tuscaloosa County Preservation Society
Old Tavern webpage
The following articles in the Encyclopedia of Alabama will also be of interest: 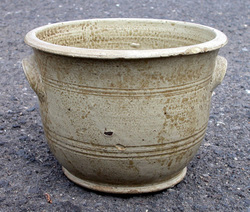 Sol Ham's early pieces were
completed with an alkaline glaze
(Ed Conerly)
A Heritage in Clay: The Lineage of Robert Ussery

Explore the interwoven genealogies of Alabama's Southern folk pottery tradition through the lineage of Robert Ussery, whose pottery legacy has grown steadily with his family tree. For over two centuries, descendants of Ussery have remained true to the conventions of folk pottery while adapting the art to meet the varying needs of consumers. From essentials of the home, such as churns and chamber pots in the early 1800s, to present-day face jugs and ornamental ware, the line of Ussery potters has truly seen the full spectrum of the tradition realized.

About the Author
Joey Brackner is the director of the Alabama Center for Traditional Culture, a department of the Alabama State Council on the Arts. As director of the Center, he oversees the Folklife project grants program, which supports efforts by Alabama organizations to present the state's folk traditions as well as the Folk Arts Apprenticeship grants program supporting master folk artists who teach. Since 1985 Brackner has undertaken numerous special projects for the Alabama State Council on the Arts. These include co-production of Unbroken Tradition, a film documentary on Alabama folk potter Jerry Brown with Appalshop; the production of the book and CD, Spirit of Steel, with Sloss Furnaces; and editorship of Tributaries, the Journal of the Alabama Folklife Association. He is also the Folklife section editor for the Encyclopedia of Alabama. Brackner is the author of Alabama Folk Pottery (2006), published by the University of Alabama Press. 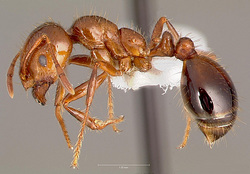 The fire ant is an icon of the South just like sweet tea and red dirt. However, the tiny denizen, with its mounds growing cancerously out of lawns and gardens from Texas to Virginia, was not always a local. Surprisingly, the insect was not even heard of in Alabama until the 1930s, when it entered the country through the port of Mobile, fleeing the flooded regions of its native Argentina. Its flaming sting, swarming proliferation, and perfect adaptability to adverse conditions quickly alarmed the State Conservation Department, which launched an odyssey of extermination that Joshua Buhs has dubbed "The Fire Ant Wars." Solutions, from pesticide to imported natural enemies, have been attempted in vain, and the wily foe, Solenopsis invicta, continues to thrive.

Buy This Feature
Additional Information
The following article in the Encyclopedia of Alabama will also be of interest:Multimedia:

About the Author
Joshua Blu Buhs is an independent scholar living in California. He received his doctorate from the University of Pennsylvania's History and Sociology of Science Department in 2001. The Fire Ant Wars was his first book. Currently, he is working on a cultural history of the legendary sasquatch. He is married and has a daughter. He blogs at From an Oblique Angle.
Back to Top 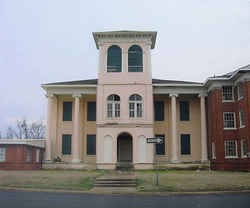 This annual collaboration between the Alabama Historical Commission and the Alabama Preservation Alliance once again brings the state's threatened landmarks to the forefront. This year's list includes historic homes in Ashville, Talladega, Huntsville, Montgomery, and Anniston, along with nineteenth- and early-twentieth-century barns statewide. The "Victorianized" John Ash House, one of the oldest buildings in St. Clair County, and the distinctive Lewis Young "Red Roof" House in Dadeville found their way onto the Places in Peril list this year. Fort Cusseta, the Old Judicial Building, the Drish House, and Seymour Bluff Archeological Site also help round out the list of endangered historic places for 2006.

To Get Involved
Since 1994 the Alabama Historical Commission and the Alabama Preservation Alliance have joined forces to sponsor "Places in Peril," a program that each year highlights some of the state's significant endangered properties. As awareness yields commitment, and commitment yields action, these endangered properties can be saved and returned to their important place as treasured landmarks. The "Places in Peril" program has helped to save many important landmarks that may otherwise have been lost. These include the Forks of Cyprus ruins in Florence (listed 1997), the John Glascock House in Tuscaloosa (listed 2001), the Lowe Mill Village in Huntsville (listed 2002), the Coleman House in Uniontown (listed 2003), and Locust Hill in Tuscumbia (listed 2004).

Everyone can play a role to help save those resources that are in peril. Adopt one of the properties. Tell everybody you know that it is important. Write letters of support. Volunteer time or expertise to the local preservation group. If one of the places really strikes you, go ahead and buy it! A generous (or even modest) donation to the "Endangered Property Trust Fund" can help statewide. For more information on the fund or joining the Alabama Preservation Alliance, call 334-834-2727 or email. For additional information on the "Places in Peril" program, visit the Alabama Historical Commission website or contact Melanie Betz at 334-242-3184.

About the Authors
Melanie Betz Gregory joined the staff of the Alabama Historical Commission in the fall of 1989. A native of Illinois, she holds a B.A. in art history from Western Illinois University and a M.A. in architectural history and historic preservation from the University of Virginia. Gregory is currently working with the Endangered Properties program.

Ellen Mertins currently serves as Director of Outreach for the Alabama Historical Commission. She joined the staff in 1970 and has a B.A. in history from Tulane. 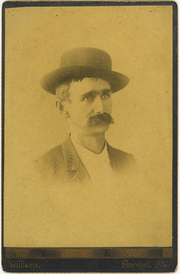 In the turbulent years following the Civil War, murderous gangs of guerillas and bushwhackers terrorized the Alabama countryside. Composed of enlisted men and deserters from both the Union and Confederate armies, these men were loyal to neither side, only out for power and personal profit. Of these gangs, the most feared was the Clifton Shebang, known to Lauderdale County residents as "the Buggers." Lee Freeman tells the story of the most notorious of these men, "Mountain" Tom Clark, deserter, highwayman, and vagabond, whose terrorism, capture, and burial are the stuff of Alabama legend.

Additional Information
The following articles in the Encyclopedia of Alabama will also be of interest:
About the Author
Florence, Alabama, native Lee Freeman is the head of the Local History/Genealogy Department of the Florence-Lauderdale Public Library. He has taught and lectured on Lauderdale County history and genealogy, and along with several other historians, was featured in the documentary history of Lauderdale County,Follow the River. He has also had several articles included in local publications.

Note from the Editor: For more than four years, I asked people all over the state if they had heard the story of an outlaw buried under the street “so his grave would be trampled for eternity.” I knew I had heard such a story years ago, but was beginning to think perhaps the story belonged to some other state. I would like to thank Van Morgan of Florence for ending my search with the wonderful story (if a bit of a tall tale) about Mountain Tom Clark. 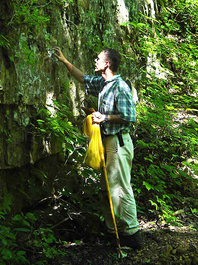 Professor Larry Davenport descended into the Hurricane Creek Canyon with a team of fellow naturalists to explore the Walls of Jericho. It was an effort by the State Lands Division to "blitzkrieg" the biology of this Forever Wild tract: 12,510 Alabama acres adjoining 8,943 in Tennessee. The goal: identify as many species of wildlife possible and gain a greater appreciation of Davy Crockett's old stomping grounds. 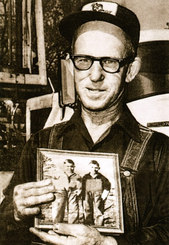 Brothers Billy Howard and Robert Earl Dye and their older cousin, Dan Brasher, disappeared mysteriously one rainy night in 1947. They left a relative's house in the rural backwoods of Jefferson County, bound for a party and were never seen or heard from again. Perhaps they were murdered at the party or in one of the many natural caves of the region. Their disappearance was most likely related to the numerous illegal moonshine distilleries in the area. Now, more than fifty years after the three vanished, theirs is the oldest active case for the Jefferson County Cold Case Squad. Where did their bodies end up? Down the shaft of a coal mine? In an unmarked grave at a local cemetery? Pam Jones explores the many strange possibilities of this Alabama mystery.

About the Author
Pamela Jones is a freelance writer and researcher based in Birmingham.