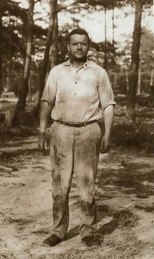 In 1924, when a young geologist named Walter B. Jones surveyed a rural scene south of Tuscaloosa, what he saw astounded him. The area before him would become what we know as Moundville, and Jones would work for much of his life in an effort to salvage and preserve that site. Author Ellen Garrison examines Jones' achievements, fighting against natural growth, farming, and looting of artifacts, while searching for funding by badgering state senators and even mortgaging his own home. Following these struggles, Garrison shows the success of Jones' efforts, as construction of the Mound State Monument Museum was completed and became one of the finest geological parks in the country.

Buy This Feature
Additional Information
The following articles in the Encyclopedia of Alabama will also be of interest:
Multimedia

About the Author
Ellen Garrison, who holds a doctorate in history from Stanford University, served as curator of the William Stanley Hoole Special Collections Library, University of Alabama, from 1995 to 2000. She is currently an associate professor of history at Middle Tennessee Stare University. Garrison conducted much of her research for this article in the records of the Alabama Museum of Natural History and the personal papers of Dr. and Mrs. Walter B. Jones, both collections
held by the Hoole Library. Additional information came from Dr. Douglas E. Jones, former director of the Alabama Museum of Natural History, who generously shared his memories of growing up at Moundville, interviews with several long-time staff members of Mound Stare Monument, and conversations with CCC alumni conducted during the Corps' annual reunion in September 1999. The author is also indebted to University of Alabama professor Bailey Thomson and members of his Journalism 525 class, who assisted the author in initial work on this article.
Back to Top 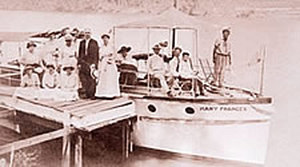 One fateful Sunday afternoon, June 15, 1919, Tuscaloosa businessman Sam Alston invited area children aboard his ship, the Mary Frances, for free rides up the Black Warrior River. However, a day of fun became a nightmare when, a quarter-mile into the trip, the vessel capsized, leading twenty-six children and adults to their death. Using vivid details from newspapers and personal records of the time, author Frances Tucker recounts the frantic moments just after the accident, as passengers struggled for their lives, and tells of the grieving aftermath that faced Tuscaloosa for those who did not survive the fatal voyage.

Special thanks go to Mary Burges Rudulph Steeves, Jean Clabaugh Hiles, Mason Clark Cleere, and Betsy Plank Rosenfield, all of whom allowed the writer to use excerpts from their letters, and to the Cecile (Cunningham) Craig Foundation.
Back to Top 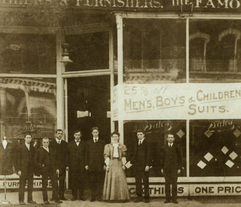 Joseph Saks, second from the left, stands with his employees in front of his clothing store, "The Famous." Saks was so well known in the area that a letter addressed to "Joseph Saks, Alabama" reached him. (Courtesy Andrew Saks)
Lives of Quiet Affirmation: Anniston's Early Jewish Community

When the private company town of Anniston, Alabama, opened its doors to the public in 1833, a small but thriving Jewish community settled there, coming together to build Temple Beth El, the oldest temple in Alabama continually used as a Jewish house of worship. This article tells the story of Jewish life in early Anniston, beginning as dry goods and clothing merchants, and becoming a flourishing part of the community. Also detailed is the Ladies Hebrew Benevolent Society, the women's group responsible for the fundraising which made the construction of Temple Beth El possible. Following the temple's dedication, author Sherry Blanton notes the history and importance of the 108-year-old Temple Beth El to Anniston's Jews, as well as Jewish communities all across Alabama and America.

About the Author
Sherry Blanton, a former social worker, has been researching the history of the Jewish community in Anniston, Alabama, since 1996. Though she volunteers for several local charities, most of her time is spent as vice president of the board for Temple Beth El. A thirty-year resident of Jacksonville, Alabama, Blanton is the author of "Lives of Quiet
Affirmation: The Jewish Women of Early Anniston, Alabama" in Southern Jewish History, Journal of the Southern Jewish Historical Society, and The History of Temple Beth El, a congregational history. Blanton is also the curator of "Lives of Quiet Affirmation, An Alabama Jewish Community," a traveling photographic exhibit currently on tour throughout the state, sponsored by the Birmingham Jewish Foundation, H and W Transfer and Storage, the Public Library of Anniston-Calhoun County, and the James Rosen Charitable Foundation. The exhibit, which recently won the Certificate of Commendation from the American Association for State and Local History, will open at the Monroe County Heritage Museum in June 2001, and then travel to Huntsville, Gadsden, Eufaula, and then back to Anniston, where it will appear at the Berman Museum in June 2002.
Back to Top 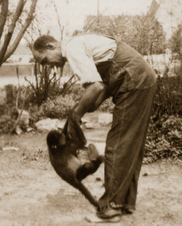 In 1950, an attractive young Montgomery housewife was attacked by a well-dressed spider monkey with an affinity for port wine, thus beginning the famous Circuit Court of Montgomery County's trial of Cheeta the drinking monkey. Cheeta, this pet and "perfect friend" of handyman John Lee Simmons, often dressed in his favorite outfit--a custom-designed policeman's uniform complete with a toy pistol--and was tried for assaulting Mrs. Barah Blake Jones. Author John B. Scott, Jr., details the proceedings of the light-hearted trial in which prosecutors pushed for Cheeta's demise as defense attorneys stressed his civilized nature and innocent track record. Alas, the monumental question for jurisprudence to decide: Would the "one free bite rule"--afforded domesticated pets but not "wild" animals--apply to this evolutionary hiccup? Was Cheeta a wild, uncivilized beast or just a good monkey gone wrong?

About the Author
Since retiring from active practice with the law firm of Capell & Howard, Montgomery native John Scott has been writing on Alabama's history and countryside. His articles on the old Clay County resort of Clairmont Springs (AH #42), the Crommelin brothers of Montgomery (AH #46), and the Paint Rock Valley of north Alabama (AH #52) have all graced the pages of this magazine. Many of those involved in the Montgomery monkey trial have now passed on, but some are still going strong. The author is grateful to Churchill Marks, Fairlie Marks Odell, Ed Azar, and Bill Moore for their help and recollections. Ed Azar still thinks that if he had been a little more experienced he could have kept the trial from getting off on a humorous bent, but given the circumstances and the characters involved, there is probably no lawyer alive who could have kept things on a truly serious plane.

The original case file is preserved in the basement of the Montgomery County Court House. The testimony at the trial was not transcribed, but a good portion of it is preserved verbatim in an account written by Montgomery reporter and freelance writer, Allen Rankin, appearing in Inside Detective magazine, September 1955.

The house at 1222 South Lawrence was purchased from Charles Marks by the late John Englehardt Scott in 1958 and is still home to his widow, Mrs. June Scott.

The editors are grateful to the Montgomery County Historical Society for allowing Alabama Heritage to reprint this article.
Back to Top 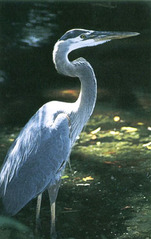