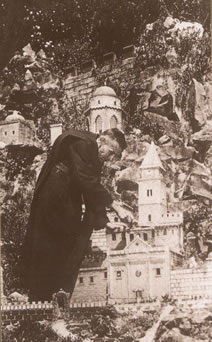 Nobody could have guessed that a quiet, accident-prone boy from Bavaria would draw people from all over the world to a little abbey in Alabama. But Brother Joseph Zoetl gained international recognition for himself and the St. Bernard Abbey in Cullman for his miniature churches and replicas of prominent religious sites, which ultimately became the famous Ave Maria Grotto. J. Mack Lofton, Jr., tells Brother Joseph's fairytale story, from his unhappy childhood in Landshut, Bavaria, to the peace and contentment he finally found in St. Bernard Abbey. After the grotto opened to the public in 1934, Brother Joseph would "get as mad as an old settin' hen" when photographers tried to take his picture, Lofton writes. Sometimes the aging artisan would meander about the grotto and talk to visitors, never revealing that he was the builder. Despite his prolific output, the enigmatic creator of the Ave Maria Grotto preferred a life of quiet anonymity to all the attention his hobby produced.

About the Author
J. Mack Lofton Jr., a resident of Mountain Brook, has published two books with the University of Alabama Press.
His first, Voices from Alabama (1993), includes interviews with over one-hundred-twenty of the state's best storytellers,
among them people from all walks of life-former sharecroppers, industrial workers, fishermen, housewives, preachers, and civil rights workers. His second book, Healing Hands, an Alabama Medical Mosaic (1995), includes interviews with doctors nurses, midwives, and other medical personnel whose stories paint a portrait of health care in the early twentieth century. Another book, In the Name of the Law, has been accepted for publication by NewSouth Books. A novel, A Dark Shade of Red, is now under consideration. Mr. Lofton also writes a regular column in a Birmingham publication, Senior Living, and does occasional stories for a Birmingham daily. Also, he has contributed several stories to Mississippi Magazine.
Back to Top 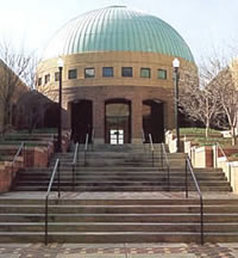 Today, residents of Birmingham speak proudly of their Civil Rights Institute. The world-renowned facility seems integral to the city's identity. But a decade of success has almost obscured the pains of its birth. Marking the Institute's ten-year anniversary, Verna Gates chronicles the creation of the Birmingham Civil Rights Institute and the determined team who turned the dream into a reality. From the museum's initial conception by former Birmingham mayor David Vann to the completion of the project under his successor, Richard Arrington, Jr., Gates examines the long and difficult ordeal involved the creation of a living museum-a place where human rights and ideas about equality can be debated openly. Thanks to the resolve of its founders, the Birmingham Civil Rights Institute today continues to reach towards its goal of reflection and reconciliation.

About the Author
Verna Gates is a journalist and a storyteller. She is a frequent tale spinner at the Birmingham Civil Rights Institute. Gates was named one of Alabama's Unforgettable Faces for 2003 by the State of Alabama Bureau of Tourism and Travel. The Alabama Environmental Council awarded her the Malcolm Stewart Award recognizing her as Conservationist of the Year in 2001. In April 2002, she was named an Alabama Treasure by the Huntsville Times. She was recognized for her storytelling, her interest in ethnobotany and her work as president of the Birmingham Wildflower Society. She has shared her knowledge of folklore on NBC's NightSide, CNBC National Radio in Canada, Worldwide Television Network, Pulse of the Planet, Voice of America, and other programs. She is also the winner of two international writing awards, as well as a national first-place award for editorial writing and numerous national, regional and local awards. She was one of the original 200 people who starred CNN and recently attended the 20th anniversary of CNN as one of the Originals.
Back to Top 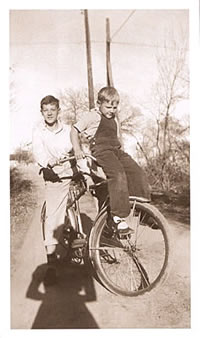 Prior to the twentieth century, cameras often cost as much as two months' pay for the average American, and amateur photography remained primarily a hobby for the well-to-do. Then in 1900 George Eastman, the founder of Eastman Kodak, unveiled his Brownie camera, a small cardboard box with a lens that sold for just $1.00-and amateur photography swept across the nation as quickly as you could say, "Cheese." James L. Baggett chronicles the rise of amateur photography in Birmingham, Alabama, in a special photo-essay entitled Common Bonds. Through a selection of candid snapshots drawn from library archives and donated by Birmingham families, Baggett explores how the advent of the inexpensive portable camera changed the way virtually everyone-young and old, black and white, rich and poor-recorded family history and daily life.

Buy This Feature
Additional Information
The following article in the Encyclopedia of Alabama will also be of interest:
About the Author
James L. Baggett is head of the Archives Department at the Birmingham Public Library and Archivist for the City of Birmingham. A past president of the Society of Alabama Archivists, he is a member of the Jefferson County Historical
Commission and a founding member of the Birmingham Historical Records Project, a consortium of Birmingham area archive. Baggett is currently writing a book on Birmingham snapshot photography for Crane Hill Publishers. A number of people have earned the author's gratitude for their assistance in the preparation of this article, including Regina Ammon, Joseph Carlisle, Frances Robb, Yolanda Valentin, and Marvin Whiting. For their patience and perseverance the author also thanks Marci Baggett and Jane Ann.

The photographs illustrating this article have been drawn from the exhibition Common Bonds: Birmingham Snapshots, 1900-1950. Produced by the Birmingham Public Library and cosponsored by the Alabama Humanities Foundation, the exhibit included almost three hundred snapshots drawn from the collections of the library archives and donated by Birmingham area families.
Back to Top 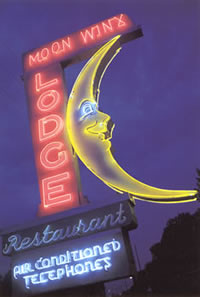 Once again, Alabama Heritage has teamed up with the Alabama Historical Commission and the Alabama Preservation Alliance to identify the state's most significant "places in peril"-a list published annually as a cooperative venture. This year's list includes two mills, the Shellhorn Mill in Pike County and the Lowe Mill and village in Huntsville, and several well-known houses, including one built by Mark Twain's cousin. And for the first time ever, historic neon signs statewide have been listed as endangered. Neglect, urban sprawl, and willful destruction threaten a number of these historic landmarks. Of these, says preservationist Patrick McIntyre, the greatest danger is neglect. "This neglect seems to indicate that the great benefits of preservation to the here and now-in terms of aesthetics, economics and responsible urban planning-are still being ignored."

About the Author
Patrick McIntyre is the executive director of the Tennessee Preservation Trust, the statewide nonprofit historic preservation advocacy organization. From 1999 to 2002, he was Endangered Properties Coordinator for the Alabama Historical Commission. Prior to that he worked as a historical consultant, and served on the board of me Alabama Preservation Alliance for five years. A native of Montgomery, he holds a B.A. in Anthropology from the University of Alabama, and an M.A. in Southern Studies from the University of Mississippi.
To read about more places in peril, click here for our Places in Peril blog.
Back to Top 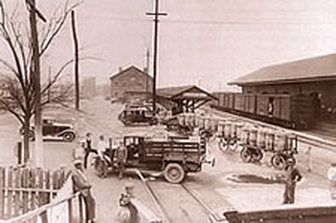 Before it was the "Rocket City," Huntsville was the "Watercress Capital of the World." In 1908, Frank Dennis established a business that for fifty years would make Huntsville synonymous with the Dennis Water Cress Company.

About the Author
Christopher Lang is a speaker for the Alabama Humanities Foundation.